The Fredericksburg Nationals were set to play their first game in their new hometown last year before COVID canceled their season. 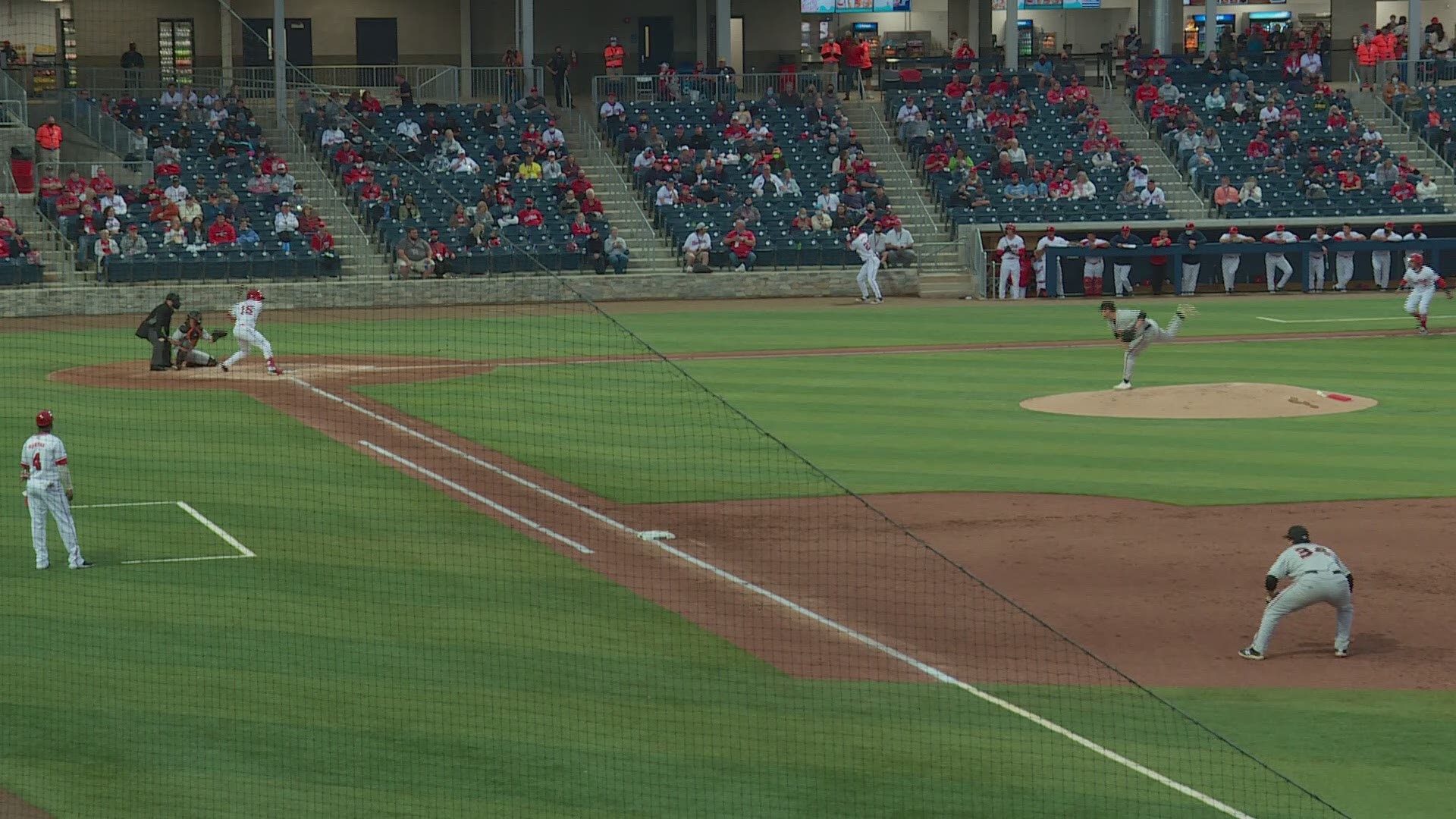 FREDERICKSBURG, Va. — After a yearlong delay, the Fredericksburg Nationals finally got to play a game in their new hometown and stadium.

The Low-A Nationals affiliated moved south from Prince William County just before the 2020 season. The team was supposed to debut its new, $35-million FredNats Park that year to fans.

However, Minor League Baseball officials ultimately decided to cancel the 2020 season altogether due to the coronavirus.

While the Fredericksburg Nationals worked to provide fans the baseball experience with virtual offerings throughout the year, FredNats Ballpark still did not get to serve primary purpose as a stadium.

But, Tuesday, the Nationals finally got to play on their new home-field.

“We’ve been waiting for so long to do what we’re doing right now,” said Nick Hall, Executive Vice President and General Manager of the Fredericksburg Nationals. “And that’s to bring baseball to Fredericksburg.”

Under Virginia health guidelines, the team was able to open the stadium to a third of its capacity. Fans got to watch team owner Art Silber and Fredericksburg Mayor Mary Katherine Greenlaw throw out the first pitch too.

“It brings the community together to have a team, to have our own team to root for,” Greenlaw said.

The @FXBGNats are playing their first ever game in their new $35 mil stadium. No games were played here last year due to the canceled minor league season. A lot of happy people tonight in Fredericksburg. (@wusa9) pic.twitter.com/iHXOLmyyYJ

Fans said just being back inside a stadium again Tuesday also gave them a sense of normalcy after a long period of uncertainty.

“It’s great being inside here today after the past year,” said Fredericksburg Nationals fan Bo Elliott.

Tuesday's game marked the first of a six-game homestand for the Nationals in Fredericksburg.