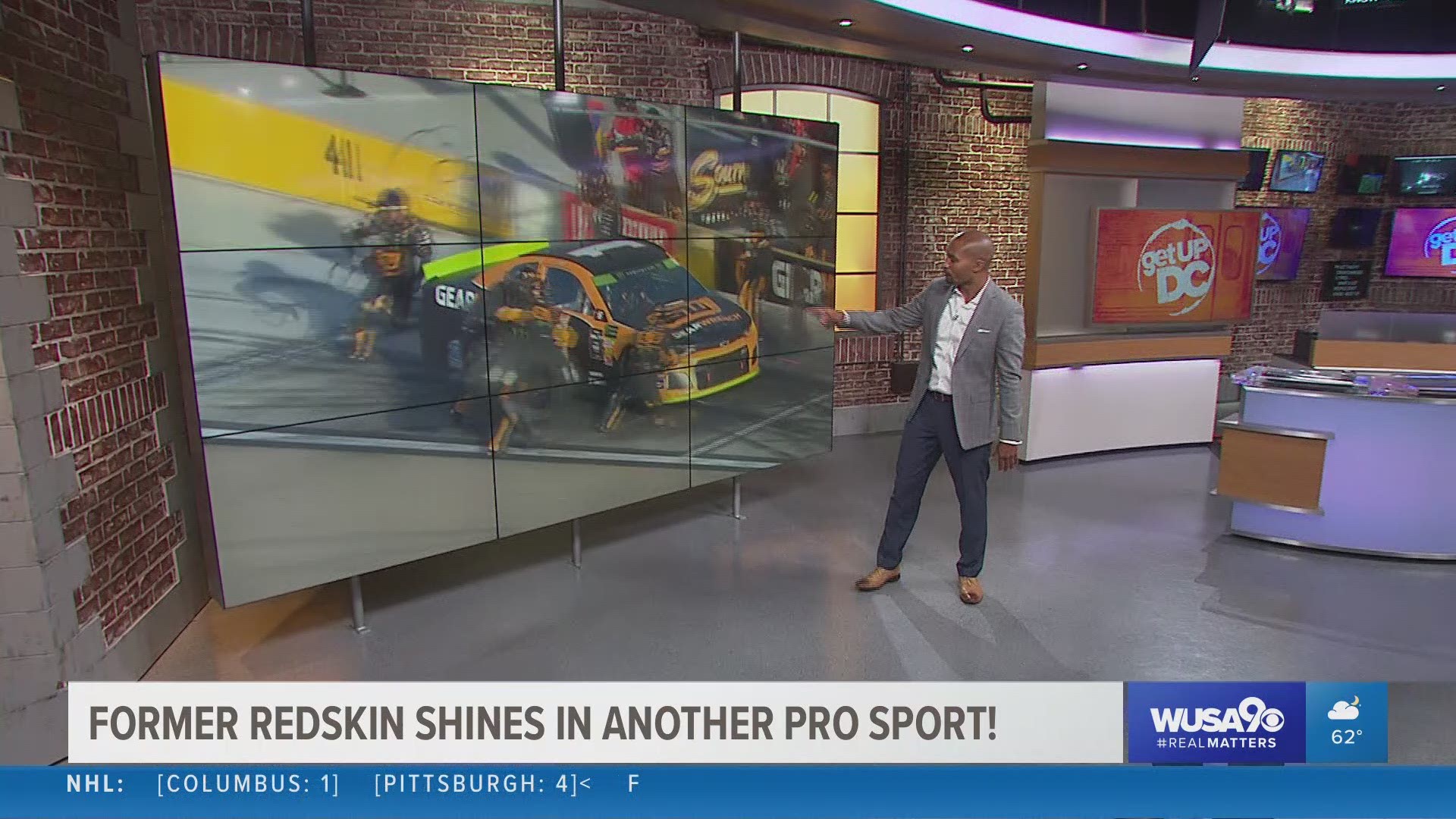 WASHINGTON — Jeremy Kimbrough was with the Washington Redskins organization from 2013-14. Signed as an undrafted free agent out of Appalachian State University, receiving the phone call that the Redskins wanted him to play linebacker was the highlight of his football career. However, like many former NFL players, his career didn’t last forever but his athletic ability could still be used in another professional sport, NASCAR. He’s a tire carrier for Kurt Buch’s pit crew.

“This is another avenue to go, even if you football days are done. There are some 40-year-old athletes that are still being a crew member at a high level. There’s longevity in this sport and it’s a good transition.”

There are 40 teams in the Cup Series and 5 over-the-wall members per team, so 200 total each weekend. Many of them either played sports in college or professionally.

During pit stops, former football linebackers are great tire carriers because they have the strength to carrier a tire and agility to run around the car. Baseball and hockey players are good with the bolt gun because they tend to have good hand eye coordination.

Just like the NFL, you can watch Kimbrough play on Sunday’s, not on the field but a race track.