Former Ravens quarterback Trent Dilfer helped lead Baltimore to a Super Bowl win in 2001. Now, he will be honored at the team's playoff game against the Titans. 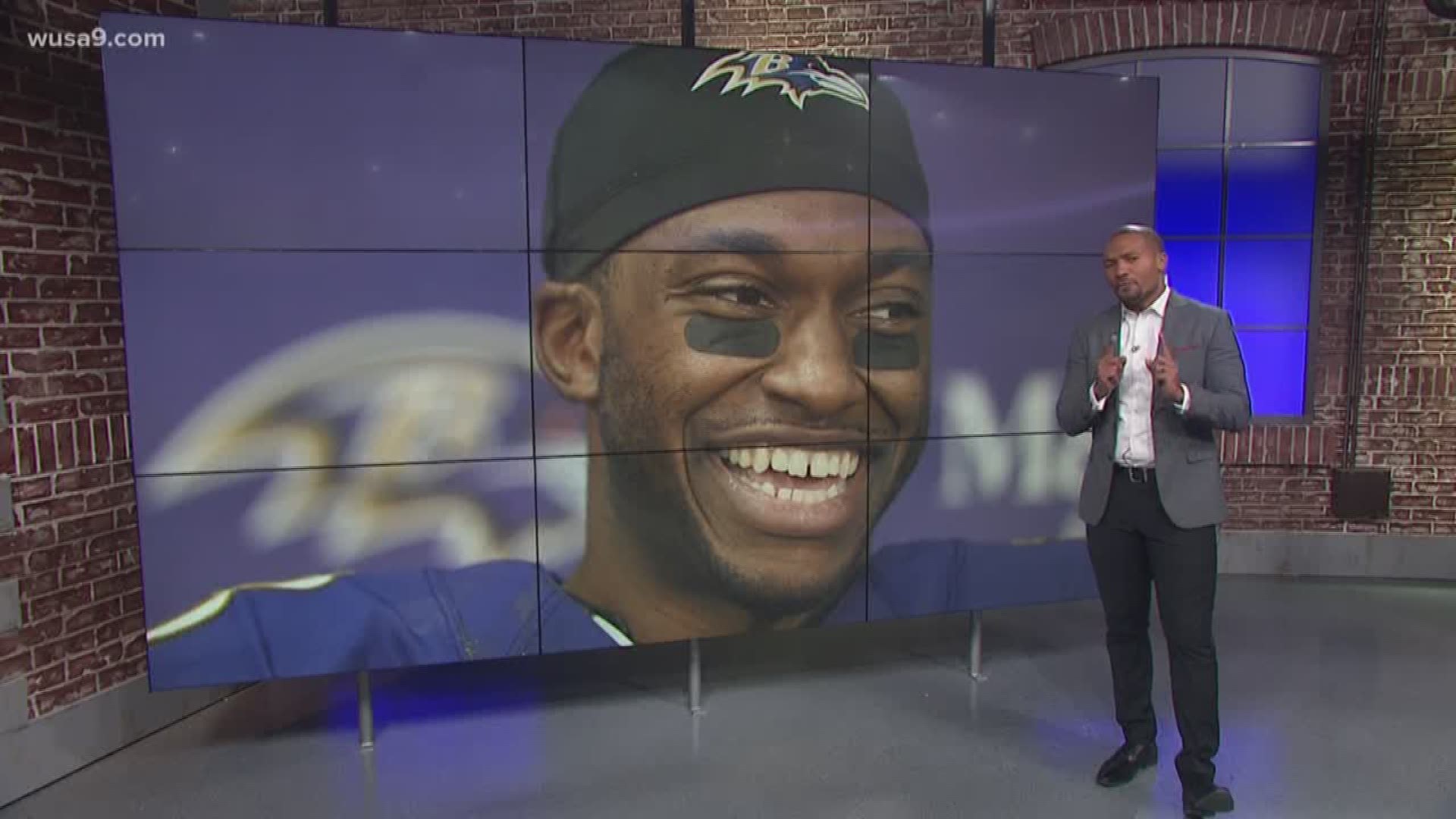 BALTIMORE — The Baltimore Ravens will honor its former Super Bowl winning quarterback Trent Dilfer on Saturday as part of festivities planned for the game.

The Ravens put out on Twitter that Dilfer will be its "Legend of the Game."

Dilfer helped the Ravens win Super Bowl XXXV against the New York Giants in his lone season with Baltimore.

Dilfer that season played in eleven games, but only started eight games after the Ravens benched Tony Banks following the month of October were Baltimore did not have much productivity on offense.

While Dilfer's time with the Ravens was short, he made a lasting impact on players and fans for helping them secure a championship. Ray Lewis even said on Fox Sports 1’s “The Herd with Colin Cowherd,” in 2018, that one of the biggest mistakes in Ravens history was letting go of Trent Dilfer after the team's Super Bowl run.

Dilfer would leave Baltimore to play with the Seattle Seahawks, Cleveland Browns and San Fransico 49ers to finish out his 14-year career in the NFL.

In recent years, Dilfer was an analyst for ESPN's coverage of Monday Night Football and the National Football League.

Also, Dilfer has been helping develop high school quarterback through the Elite Eleven program, and currently is the head football coach at Lipscomb Academy in Nashville, Tennessee.