Allen shakes off rust in Bills’ 43-21 rout of Washington

Allen’s 101 touchdowns rank fourth among Bills quarterbacks, and one behind Kemp. 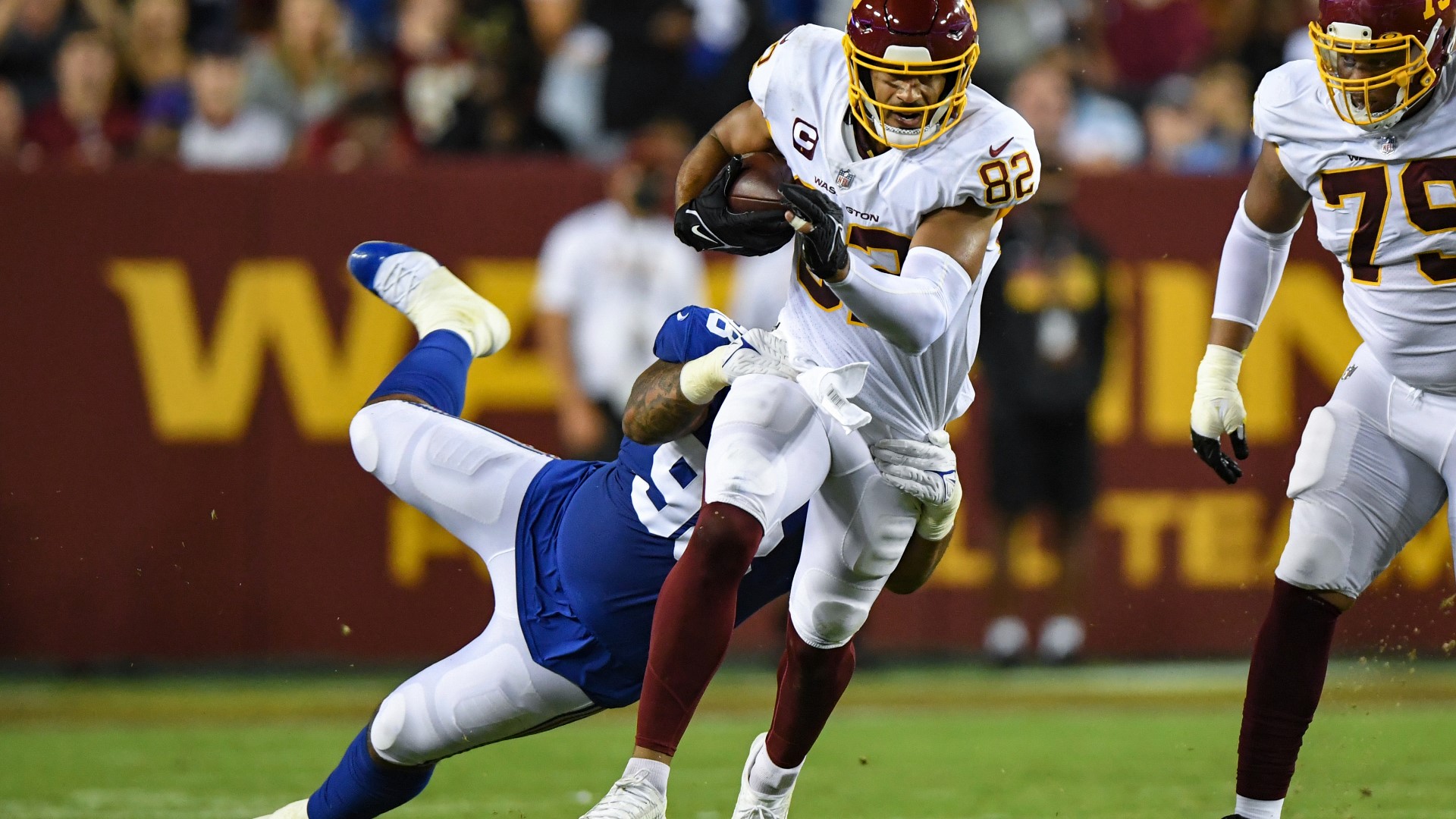 ORCHARD PARK, N.Y. — Josh Allen quieted his early-season critics and own self-doubts by throwing four touchdown passes and scoring another rushing in the Buffalo Bills’ 43-21 rout of the Washington Football Team on Sunday.

Allen, who had been unhappy with his inconsistencies and 56% completion percentage through two games, finished 32 of 43 for 358 yards, while also surpassing the 100-touchdown plateau (including TDs rushing and one receiving) in his 47th career start.

It marked Allen’s fifth career game with four TDs passing and 300 yards passing, one more than the team record held by Hall of Famer Jim Kelly. And Allen’s 2-yard TD run in the fourth quarter was his 26th, breaking the franchise record for quarterbacks held by Jack Kemp.

Allen’s 101 touchdowns rank fourth among Bills quarterbacks, and one behind Kemp.

Buffalo opened a 21-0 lead before defensive and special teams miscues allowed Washington to score twice in a span of 2:12.

The Bills then blew the game open by going ahead 33-14 early in the third quarter, when Allen oversaw a 17-play, 93-yard drive capped by a 5-yard touchdown pass to Sanders.

Allen was his own worst critic on Wednesday when assessing his slow start to the year after he set numerous single-season scoring and passing records and was rewarded with a six-year, $258 million contract extension last month.

If Washington coach Ron Rivera referred to the game against Buffalo as a measuring stick, the Football Team is well behind the chains in dropping to 1-2, and failing to carry over any momentum from a 30-29 win over the New York Giants on Sept. 16.

Taylor Heinicke, filling in for injured starter Ryan Fitzpatrick, struggled in his first career road start by going 14 of 24 for 212 yards with two touchdowns and two interceptions. Washington’s defense continued springing leaks a year after finishing No. 2 in the league.

Washington had already allowed a combined 815 yards offense in two games, and gave up 481 yards offense and 29 first downs to Buffalo.

The game would have been over early if not for Washington gaining a spark on Antonio Gibson catching a short pass and winding his way through the Bills defense for a 73-yard touchdown 5:09 into the second quarter.

On the next play, Dustin Hopkins recovered his own kickoff to set up Heinicke’s 4-yard touchdown run.

The short kickoff bounced backward in front of returner Isaiah McKenzie, off the hands of Washington’s Khaleke Hudson and then off McKenzie’s helmet. The ball bounced back to Hopkins, who made a sliding catch at Buffalo’s 24.

The Bills responded by taking a 27-14 lead into the half off of two Tyler Bass field goals, including a 48-yarder as time expired.

Washington guard Brandon Scherff was injured when he couldn’t stop himself before slamming into a padded wall along the sideline late in the second quarter. Scherff was attempting to tackle Buffalo’s Taron Johnson, who intercepted Heinicke’s pass, which deflected off Thomas’ fingertips.

Scherff had the wind knocked out of him and returned for the third quarter.

The interception was negated by three penalties against Buffalo, including an illegal contact penalty against linebacker Tremaine Edmunds. Bills defensive end Jerry Hughes was flagged for a blindside hit on offensive lineman Sam Cosmi.

It was alumni weekend for the Bills, with Hall of Famers Bruce Smith and Thurman Thomas, sporting a No. 23 Micah Hyde jersey, were among the former players in attendance. Smith and Thomas spent time on the sideline before the game chatting with Bills owners Terry and Kim Pegula.

Washington: DT Matt Ioannidis did not play after a knee injury against the Giants.

Washington: At Atlanta Falcons on Oct. 3 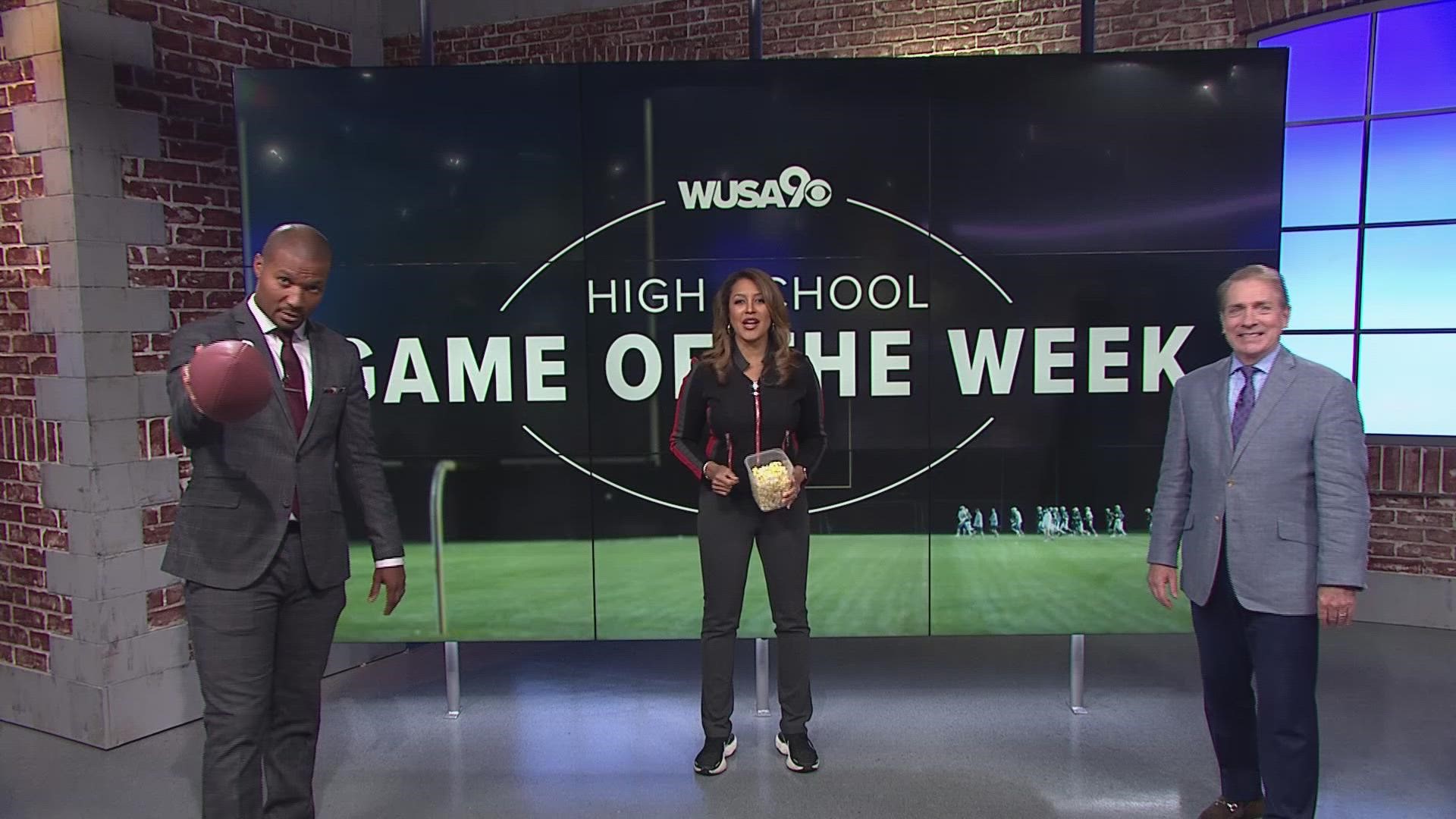