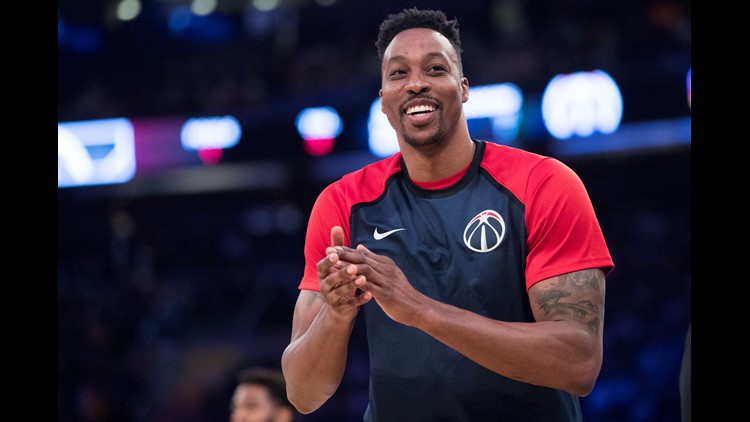 Photo by: AP
Washington Wizards center Dwight Howard reacts from the bench during the second half of an NBA basketball game against the New York Knicks, Sunday, April 7, 2019, at Madison Square Garden in New York. The Knicks won 113-110. (AP Photo/Mary Altaffer)

After just one year with Washington, multiple reports have the Wizards trading the center to the Grizzlies for C.J. Miles.

Memphis is expected to waive or trade the 15-year vet.

The Dwight Howard experiment never panned out for Washington.

He was introduced to DC June 21, 2108, and said he wanted to retire with the Wizards.

Back issues kept the 33-year old mostly on the sidelines, having played in only 9 games last season.