Don Shula passes away at 90: A look back at his time with the Redskins and Baltimore Colts

Don Shula played a season for the Redskins in the 1950s and also coached the Baltimore Colts for six seasons. 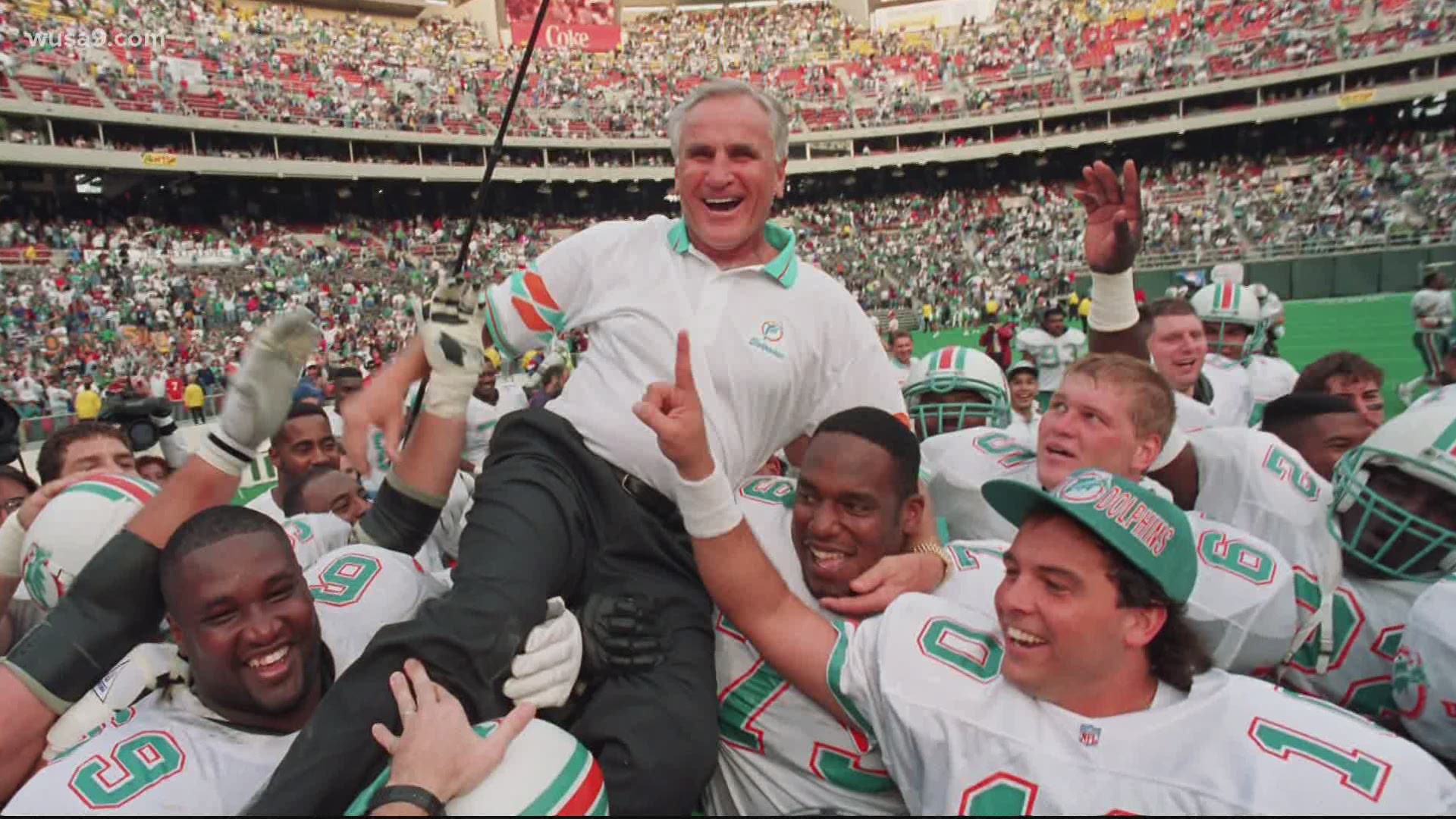 WASHINGTON — Legendary Miami Dolphins coach Don Shula, who passed away at the age of 90 this week, had a short but meaningful connection to the DMV during his time as both a coach and player in the National Football League.

Shula played one season as a defensive back for the Redskins during his playing career in the 1950s. During his one season in Washington in 1957, he played in 11 games, had three interceptions and averaged six tackles a game.

To start off his coaching career in 1958, Shula spent a season with the University of Virginia as the team's defensive backs coach.

It's also worth mentioning that Shula beat the Redskins twice in the Super Bowl, including the 1972 season, where his Dolphins went undefeated. That team is still the only NFL team to go undefeated through the regular season and playoffs, to then capture a Super Bowl.

Don Shula often said he wanted to be remembered for playing within the rules and that’s what happened Monday.

In the wake of his death at age 90, an outpouring of tributes from around the NFL saluted not only Shula’s two Super Bowl championships and NFL-record 347 coaching victories, but also the way he won.

RELATED: NASCAR to resume season May 17 with seven races in 10 days