Silver Spring native Jerian Grant was originally selected by the Wizards in the 2015 draft, before going on to play in New York, Orlanda and Chicago. 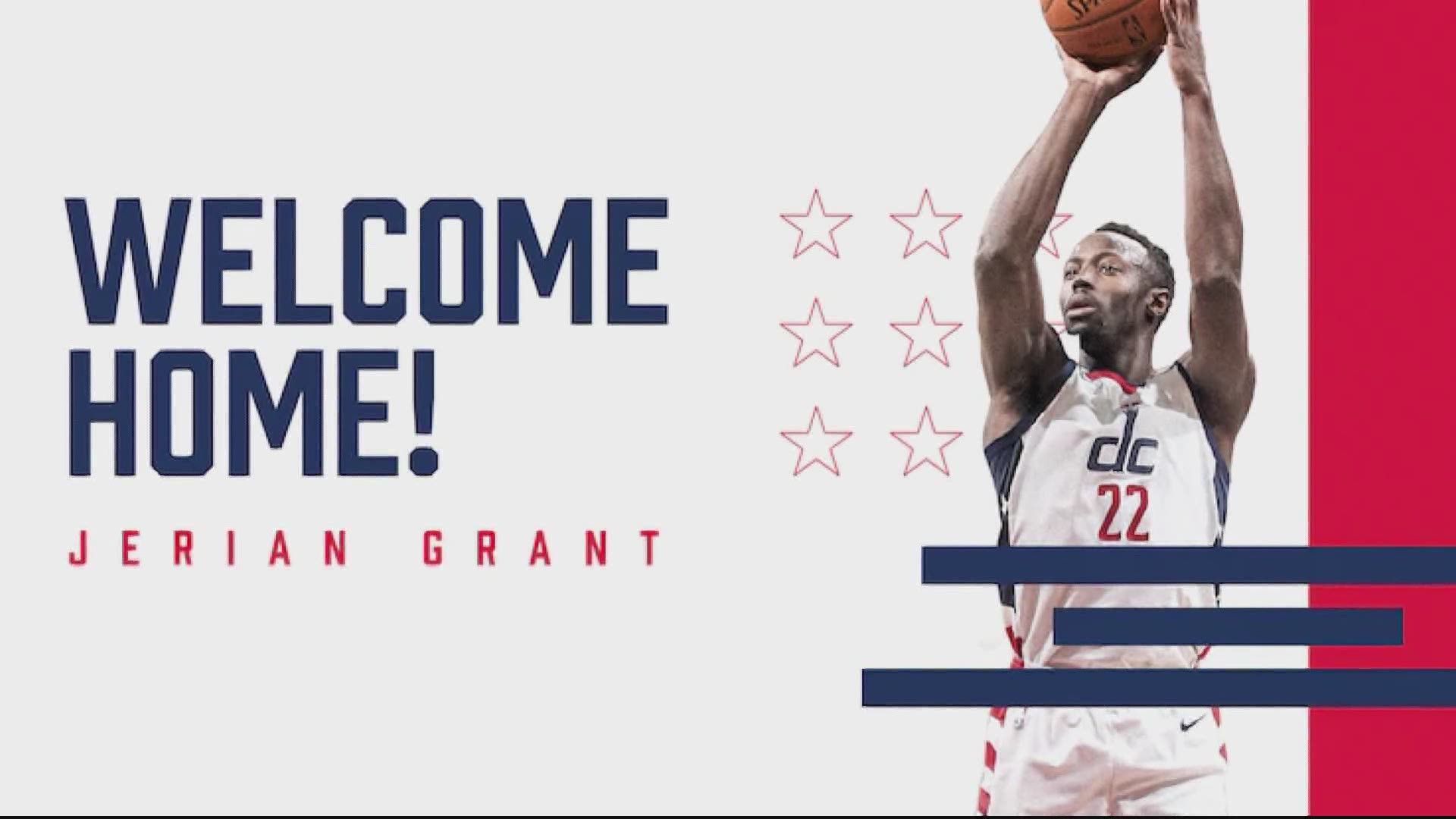 WASHINGTON — This time next week, the Wizards will be training together in Orlando in preparation for their first game back since COVID-19 suspended the NBA season.

The game is set for July 31st against the Suns, but not all players have signed off to return. Bradley Beal has yet to make his decision. But one guy who is excited to be there is the newest member of the Wizards: Jerian Grant.

The Wizards greeting says it all: Welcome Home Jerian Grant.

That name should sound familiar. The 6'4 guard, and Silver Spring native, is a product of DeMatha High School who was originally selected by the Wizards in the 2015 draft. After stints with New York, Orlando and Chicago, he was most recently playing for Washington’s G League affiliate, the Capital City Go-Go.

“I was devastated when the pandemic happened and our season had to get canceled, but at the same time, I stayed ready, and once I heard [Davis] Bertans was opting out, I got a little excited and I didn’t want to get my hopes up too high," Grant said. "But when that phone call came, it was a dream come true. To actually be on the Wizards, and to actually call myself a Wizard, not only my family, but all my friends and people from the city who know me and know I’m from here, were really excited for me. That type of support really meant a lot."

Grant is the son of former Washington Bullets star Harvey Grant. Basketball is in his blood, and the DMV is home.

“I’ve been around the Wizards and been around this area my entire life," Grant said. "Having my dad play for them, being a ball boy, and seeing all those players go through like Howard, Strickland, and Weber, those guys are people I looked up to, people I wanted to be like. To actually be able to put on that jersey means a lot. Actually, when I finally got that phone call and my agent told me, I was kind of quiet for a little bit cause it's just unreal to put on that jersey and it really feels like home. Everyone feels like family."

Without knowing which of his teammates will ultimately decide to finish this season, Grant is ready to prove himself, and help where he’s needed.

"I’ve been in the playoffs a few times, started games in the playoffs, so I just want to help the team moving forward," Grant said. "I feel like going down there is a real opportunity, and hopefully, Brad [Beal] comes, but even if he doesn’t, I feel like we still have an opportunity to take a step forward."

The NBA announced Thursday that since it started testing players for coronavirus on June 23, 25 of the 351 players tested have tested positive. Any player who has tested positive is to remain in isolation until cleared by a physician.