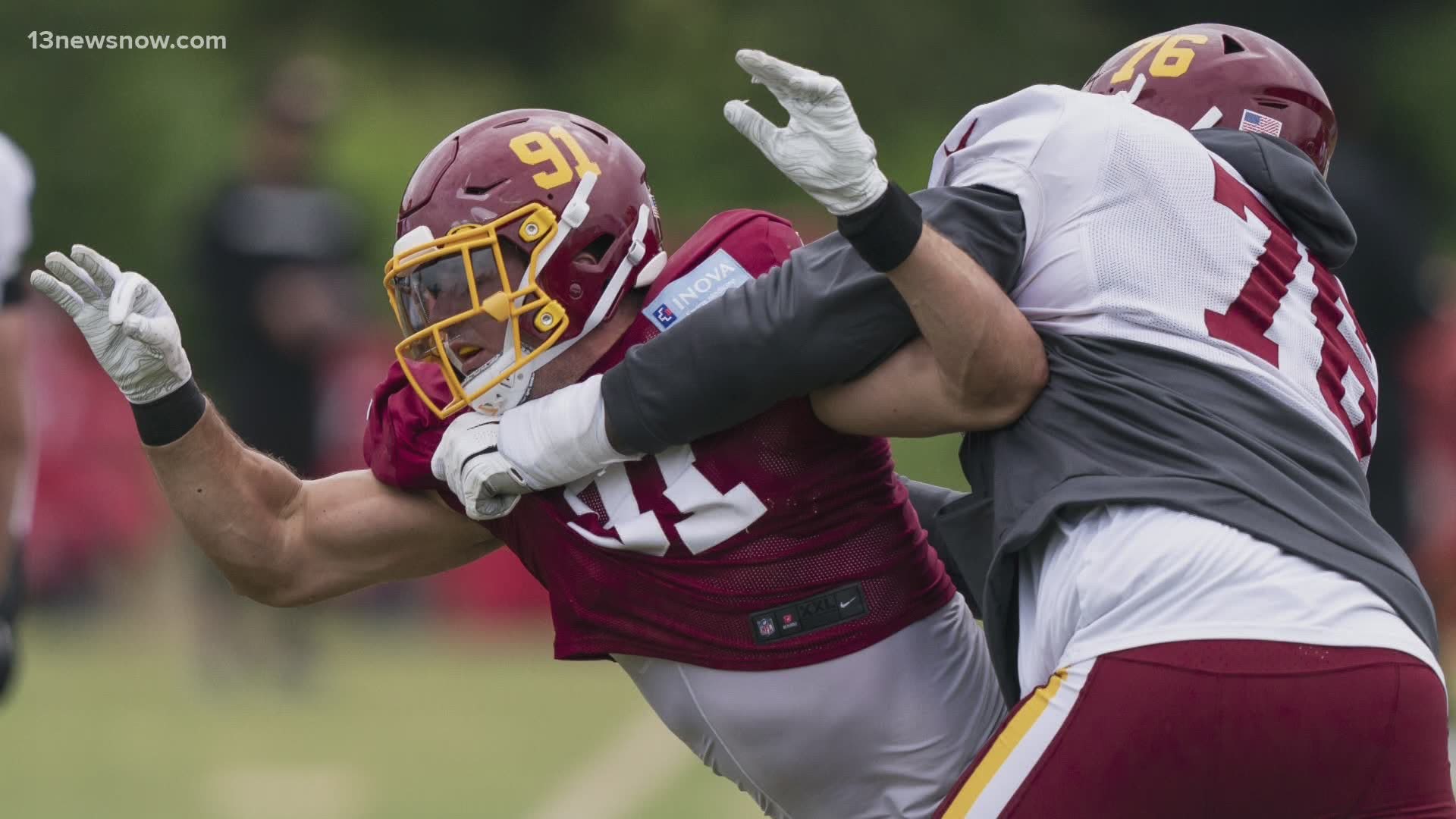 ASHBURN, Va. — Attack is word that comes up often when Washington defensive coordinator Jack Del Rio talks about his defense. He's not just talking about the players, but also the coaching style.

When asked about his style, Del Rio says, "We're just attacking it and looking for improvement everywhere. Every aspect, everything we touch, we're trying to put our imprint on it. Make sure the guys feel like we have energy every day, that we go attack our jobs every day."

There's much talk about all the first round draft picks that make up the defensive line. But if you think Del Rio expects them to take on the extra responsibility of making sure all the defense works, that's not his style. He says he wants all his players to just focus on doing their jobs.