5,000 lucky fans will be allowed inside -- and that's much-welcomed news to the players. 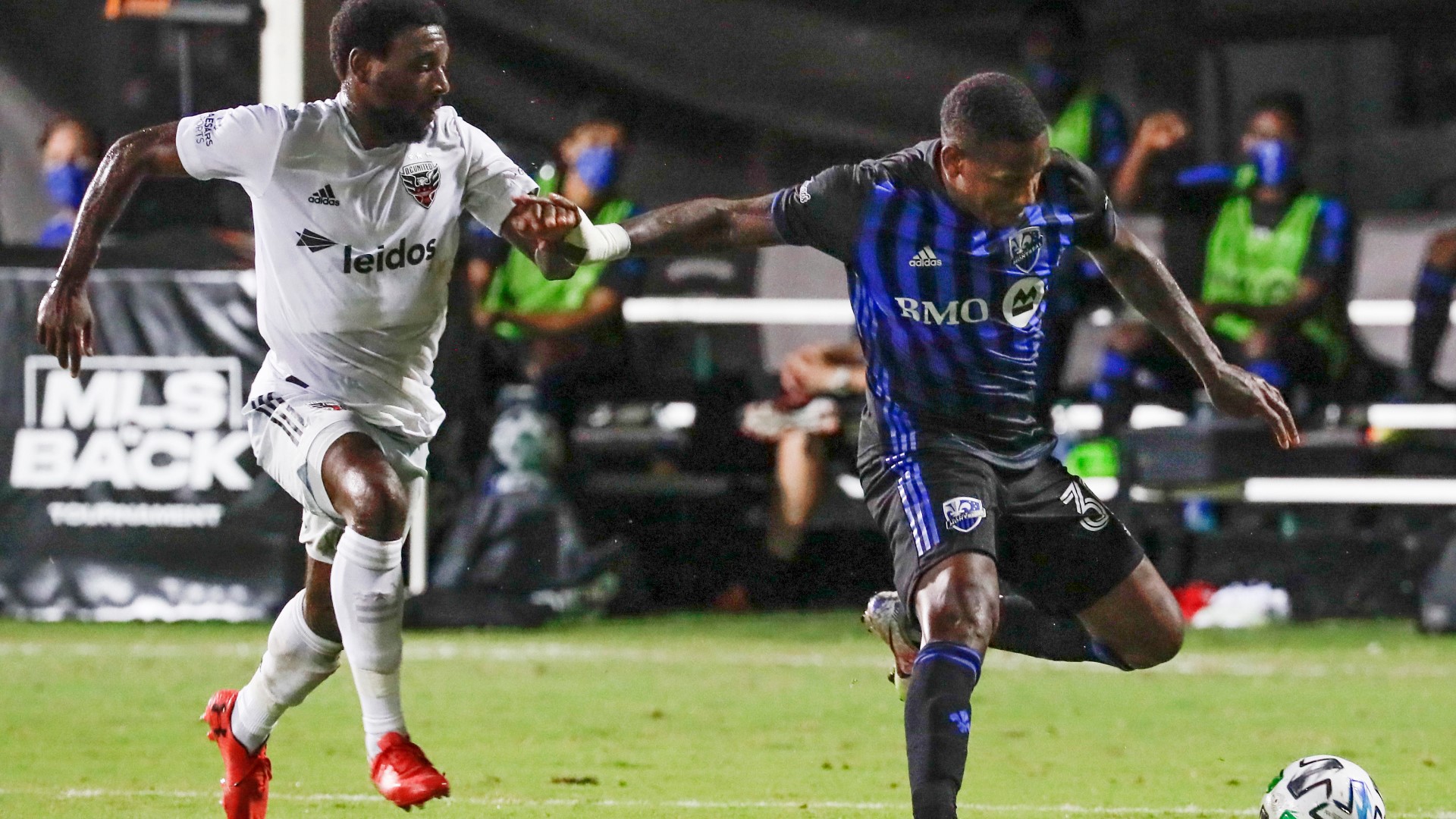 WASHINGTON — D.C. United will host New York City in its home opener Saturday night at Audi Field. For the first time in more than a year, they won't be playing in a silent stadium.

Five thousand lucky fans will be allowed inside -- and that's much-welcomed news to the players.

"Yeah, it brings us back to what should be normal as professional athletes to have fans and spectators watching us on a weekly basis and that's a great thing here. It's a new experience for me as well, as it's my first time playing in the stadium, and now with the fans, I would say it's the perfect debut," D.C. United defender, Brendan Hines-Ike said.

Hines-Ike is one of several new faces with D.C. United this season. Adrien Perez joins the team from Los Angeles and is also eager to make his home debut in front of D.C.'s die-hard fanbase.

"I feel like soccer is meant to be played with fans and the joy of them cheering us on," D.C. United forward Adrien Perez said.

While much of the roster looks different this season, D.C. United will also be led by new head coach, Hernan Losada. He is the youngest active coach of a Major League Soccer club, and his players already like what they see.

"It's definitely an exciting group and there are a lot of positives to take out of the preseason games. I can't say that new brings better but the new that's been here for me this year, has been very good," Hines-Ike said.

Coach Losada has high expectations for his new team.

"The expectations are to settle a way of play that D.C. United hasn't been playing for the past 15-20 years. We want to have an identity, to play every game to win," Losada said.

Inside the Mind of Head Coach Hernán Losada ~ Ep. 1

"I think we all come to watch a soccer game to see scoring chances and try to entertain the supporters and the fan base. That's basically my style of play. Try to do whatever it takes to win the games."#DCU | @LeidosInc pic.twitter.com/pzutnwcMKw

Just this week, D.C. United hired Lucy Rushton as its General Manager. She is the league's highest-ranking woman in charge of player personnel and just the second female general manager in MLS History.

Can’t wait to get started at this fantastic club!
Exciting times ahead for us! 👊🏻#VamosUnited https://t.co/1969AlQaa0