DC singer belts national anthem on Opening Day, despite baseball not being played

On what should have been the World Series champion's home opener, a fan known as the voice of D.C. sports sang his heart out anyways. 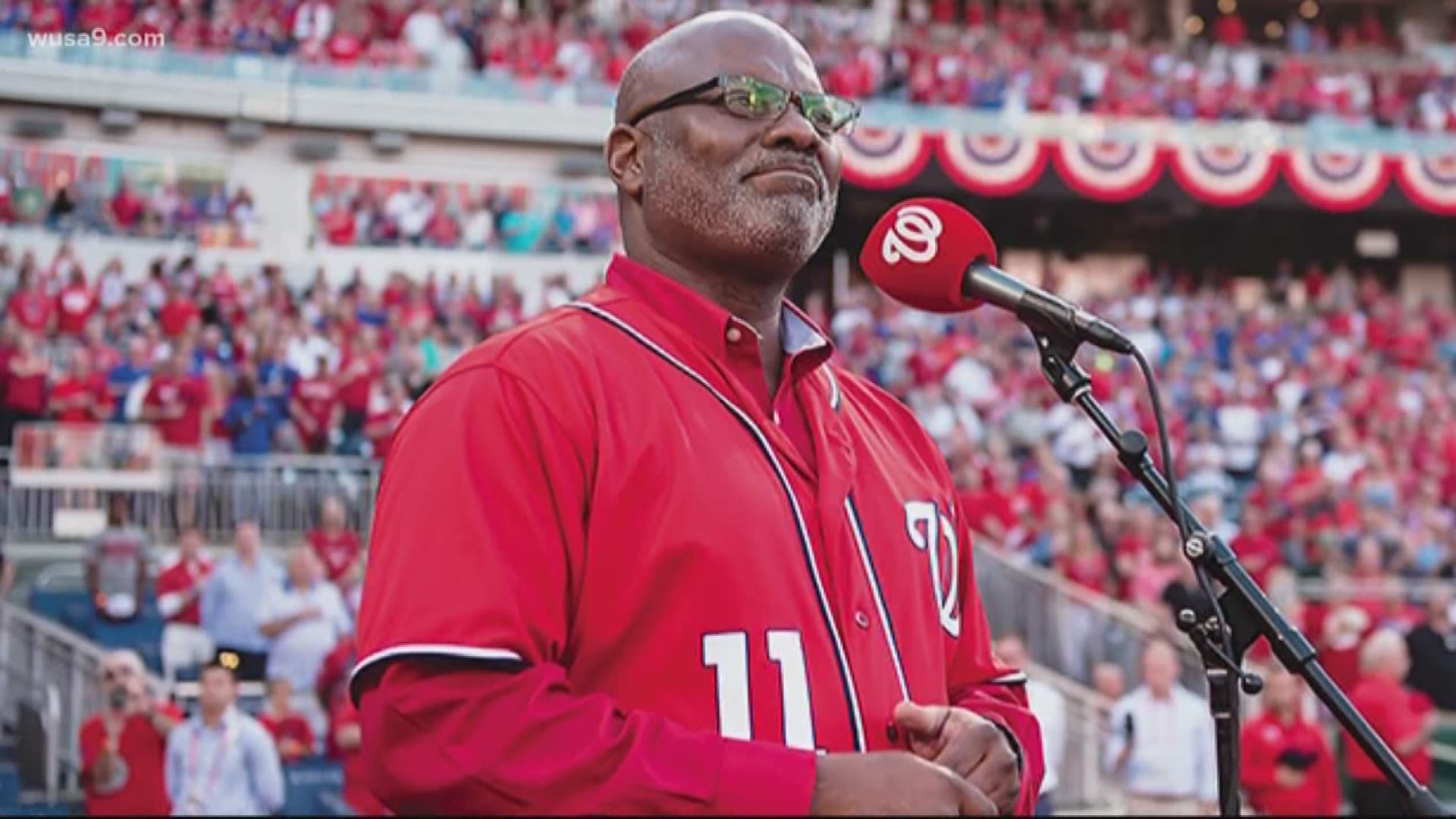 WASHINGTON — If you have ever attended a major sporting event in Washington, D.C., then you’ve probably heard DC Washington -- yes that's his real name -- sing the National Anthem.

On the day that should have seen the World Series champion Nationals take the field for their home opener, Washington decided he'd belt the anthem out, despite baseball being on hold, due to the spread of coronavirus.

"We are facing a great challenge as a country right now," Washington said. "At some point in time we will get through this and the park will be open and we’ll have the opportunity to see that banner unfurled saying we are the 2019 World Series champions."

RELATED: DC Washington sang the national anthem in Washington DC (that is his name) and everyone loved it

Washington does say when baseball is back, he would love to sing the national anthem when the Nationals raise their 2019 World Series banner before their home opener.

RELATED: Over 1,200 Nats Park concession workers call on team to help while they're out of work