Kobe Bryant died in a helicopter crash in January that killed his daughter and seven others. 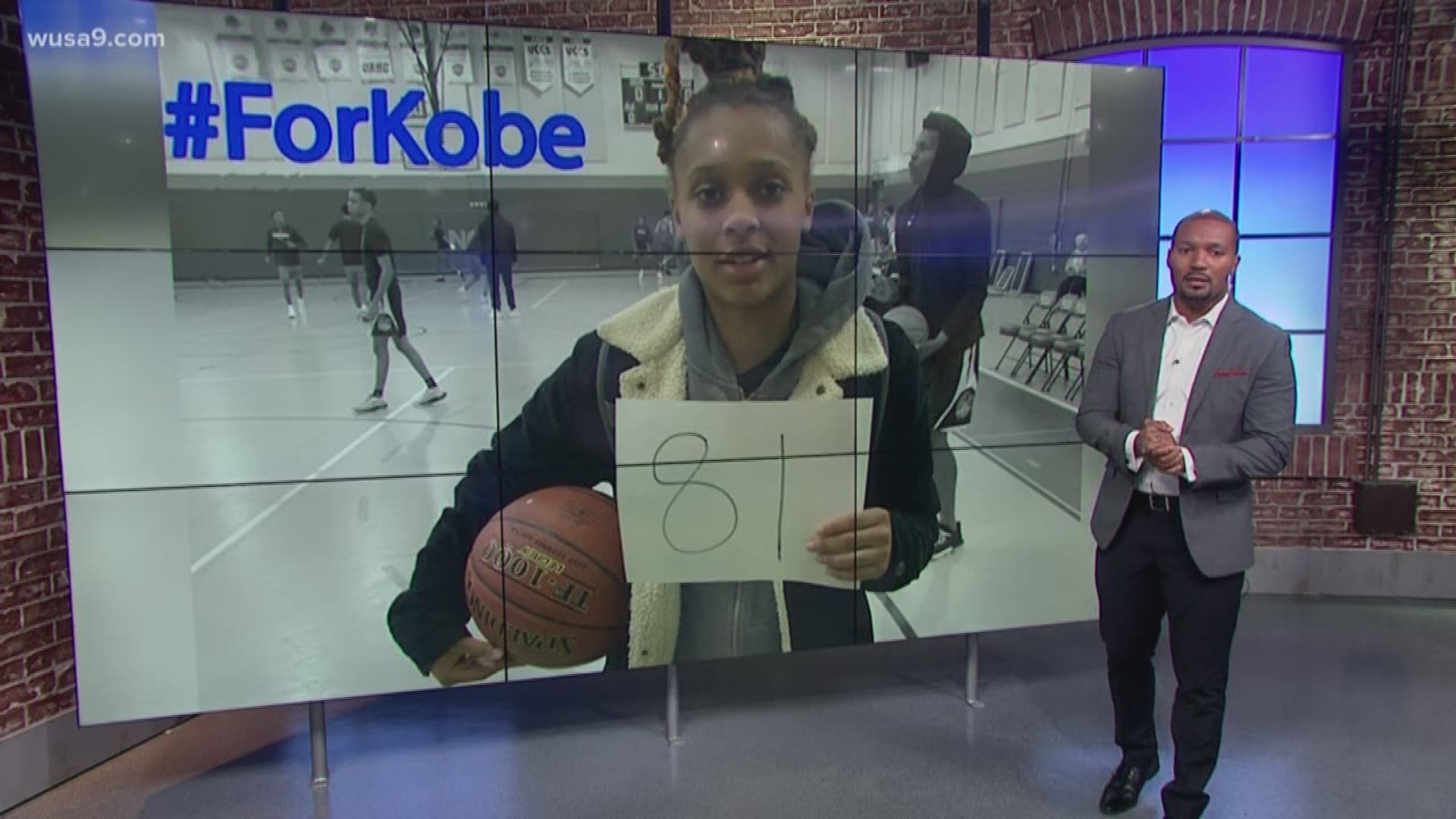 BALTIMORE COUNTY, Md. — To honor her favorite player, one she idolized since she was a child growing up as a prep player in D.C., Mya Moye did something that Kobe Bryant became an NBA icon for.

Bryant scored 81 points back in a 2006 game against the Toronto Raptors in a game that the Los Angeles Lakers would win 122 to 104. His performance was the second-most points ever scored in NBA game history.

"With tears in her eyes following the death of her favorite NBA player of all time, Mya Moye scored 81 points tonight (Jan. 26) to honor the memory of Kobe Bryant," CCBC Essex said in a tweet.

As for Moye, she is used to being competitive and making plays on the basketball court. During her high school and prep basketball days at Anacostia High School, she was a two-time DCIAA Player of the Year and a three-time DCIAA league champion.

This season, Moye is averaging 23 points per game for the Knights of CCBC Essex.

Before ending up at CCBC Essex, Moye played basketball at Florida A&M University.