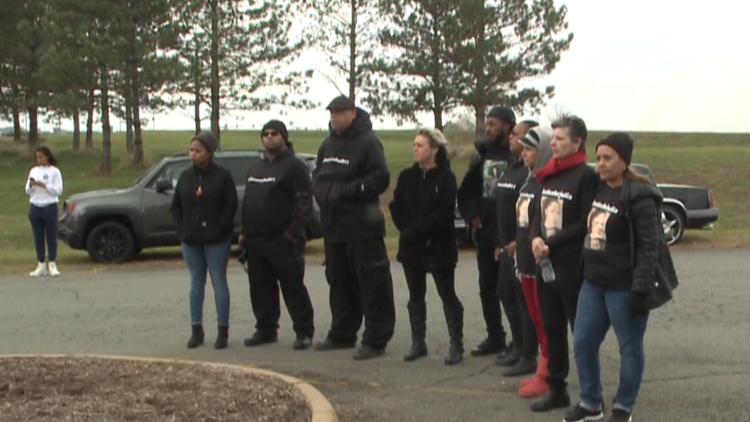 Photo by: WUSA
Julia Crabbe's family said they won't stop until they get answers from the Redskins.

PRINCE GEORGE'S COUNTY, Md. — Members of the Crabbe family will have one less person at the table this Thanksgiving, and that’s something the family doesn’t want the Redskins to forget.

A source told WUSA9 that Nicholson waited an hour for Crabbe’s family to arrive and remained in the waiting room until later that morning, according to the source.

When officers got to the hospital, both men were gone. Officers were able to track them down a short time later. No one has been charged in the case yet.

"I've not heard it from anybody," Julia Crabbe’s aunt, Kim Crabbe, said. "Heard what? That they’re sorry. That they’re sorry that this happened, and we lost somebody and we’re going to do our best to enjoy our thanksgiving without my niece."

The Redskins released a statement on Nov. 14.

Crabbe’s family sat in the fourth row of Sunday’s Redskins game wearing shirts that said #35nevercalled911. The family said they would be going to every game and practice until they have answers.

Family members were at Wednesday’s practice as well, and said they couldn’t believe the Redskins were allowing Nicholson to continue to play.

"I think he should be put in timeout, and take a break until this investigation is through," Kim said. "I know he’s not been charged with anything thus far, but I just think that it’s not fair."

Nicholson spoke for the first time about the incident last week and acknowledged that it’s been hard to separate the game from what’s been going on off the field.

Officials with Loudoun County Sheriff's Office said they are still investigating what happened and are waiting on a toxicology report, which they said could take a few weeks.

Kim said the family won’t stop until they get those answers.

"It’s about unity right now, and togetherness, because need each other to lean on, and we’re not going to stop until we get some answers," Kim said. "We’re just not. You got the wrong family."

RELATED: Washington Redskins tickets for Sunday are selling for as little as $4