COMMENTARY: 'My name is Ariane and I am more than my hair'

How I choose to wear my hair is an expression of how I feel on any given day and that's how it should be. How about you? 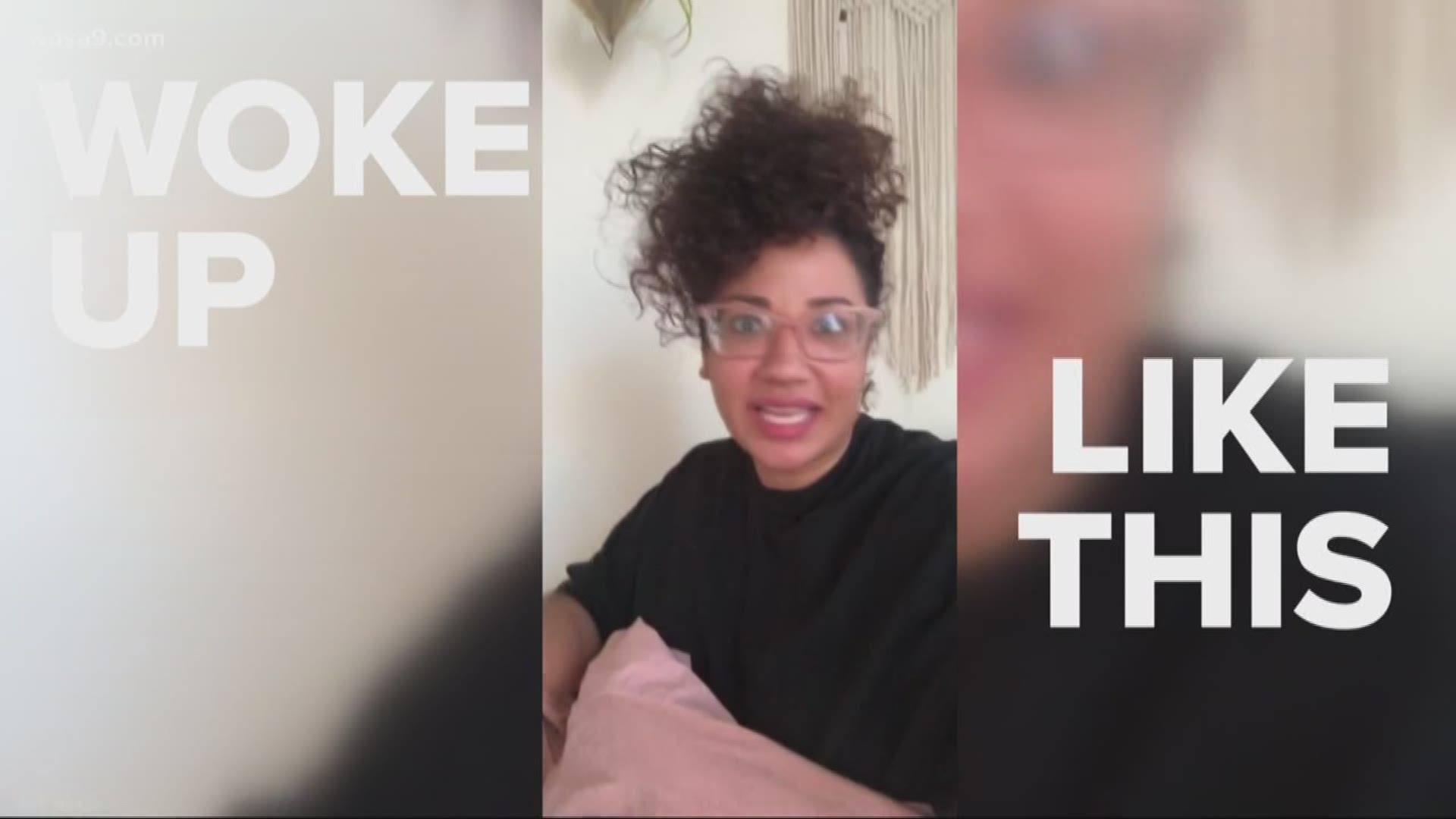 WASHINGTON — I'm sitting in bed, with my hair in a pineapple (that's a way for curly-haired girls to make their curls last a few more days), my phone in my hand, and I'm about to open my email app.

A notification pops up telling me that Montgomery County Council is introducing a new bill aimed at protecting men and women who choose to wear their hair natural at work.

My first reaction was - how doesn't this already exist?

Then it was - I wonder what precipitated this bill? And how many people lost their jobs because of their choice to wear their hair in braids, twists, curls or locks?

So I picked up my phone, opened the camera app and started telling my Instagram followers, in all my pineapple glory, that I literally woke up like this. 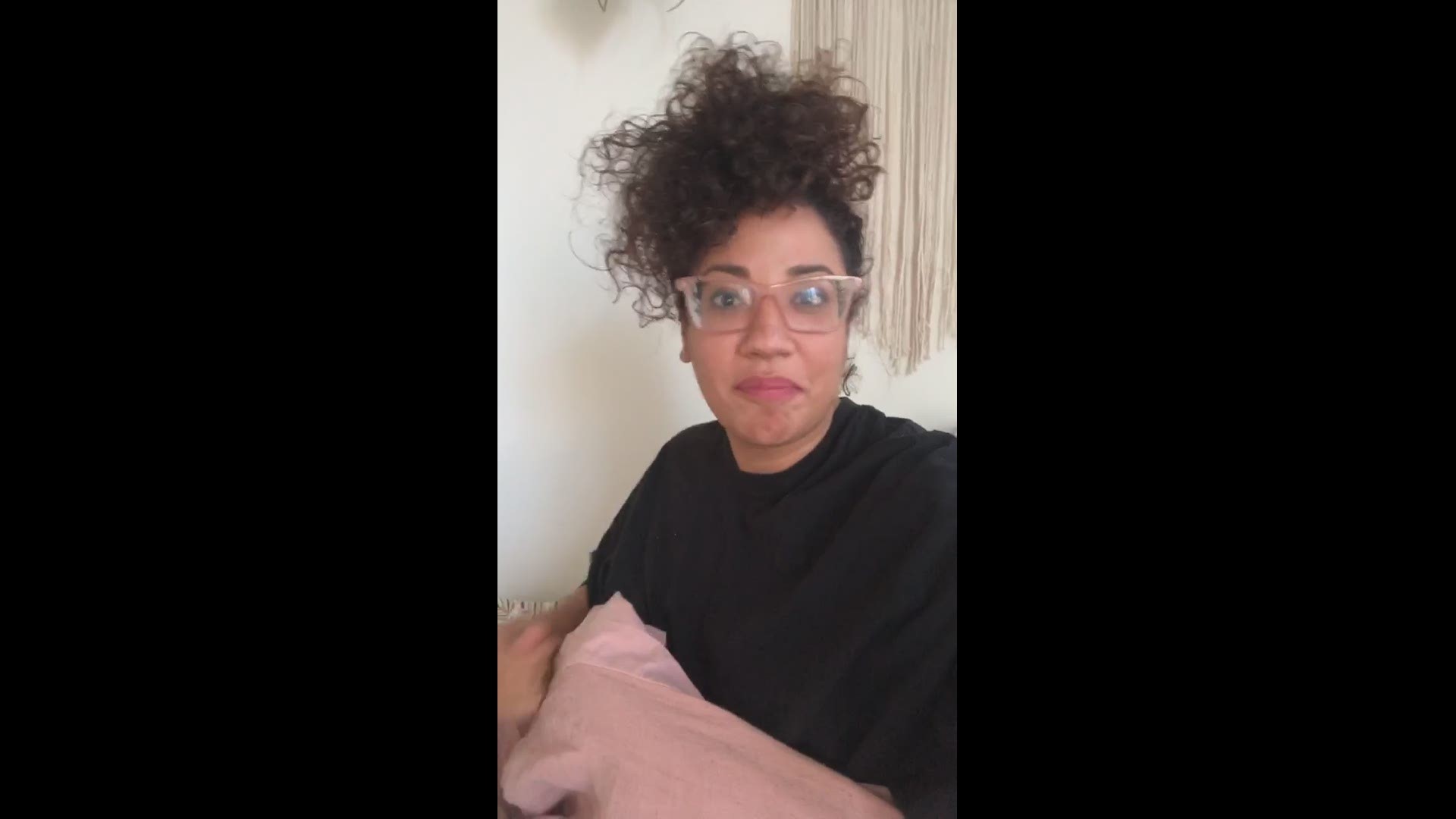 Curls have minds of their own and WILL look different every single day, but that doesn't make them nor the people who wear their hair natural any less than. Whatever that may look like -- be it an afro, locs, braids, twists or curls.

Our hair is just one of many things that makes us unique.

But for years, people with anything but straight hair have been conforming to the white European standard of beauty -- spending hours in the salon and so much money straightening our hair with chemicals that make it straight --yes -- but also unhealthy and brittle.

And for what? Just to fit in?

What about men? Why can’t they have long hair and wear it in braids? What’s wrong with locs? Just because a hairstyle doesn’t directly serve the majority doesn’t mean that it isn’t the right choice for a minority. 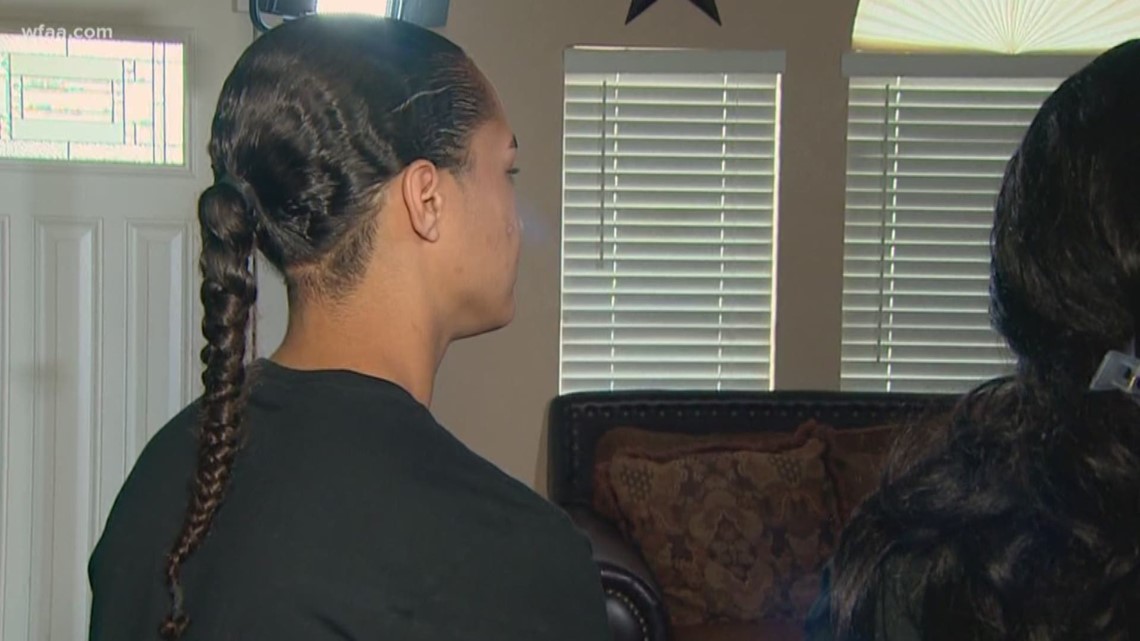 Hair or a job? Arlington teen says Six Flags wouldn't hire him with his braid
ARLINGTON, Texas - An Arlington teen said his hair prevented him from getting a job at Six Flags. Brandon Kobe Pierce, 16, said he grew up going to Six Flags in Arlington, not far from his home. When he decided he wanted to get his first real job, he thought it would be a good place to work.

This hair saga is the remnants of a battle where colonialism and capitalism met at their worst. Minorities may not be physically enslaved anymore, but their ideas of what is beautiful have been for decades and those effects are long lasting.

And if you think that making a big deal about hair is silly. Check this out.

This is Chasity Jones. 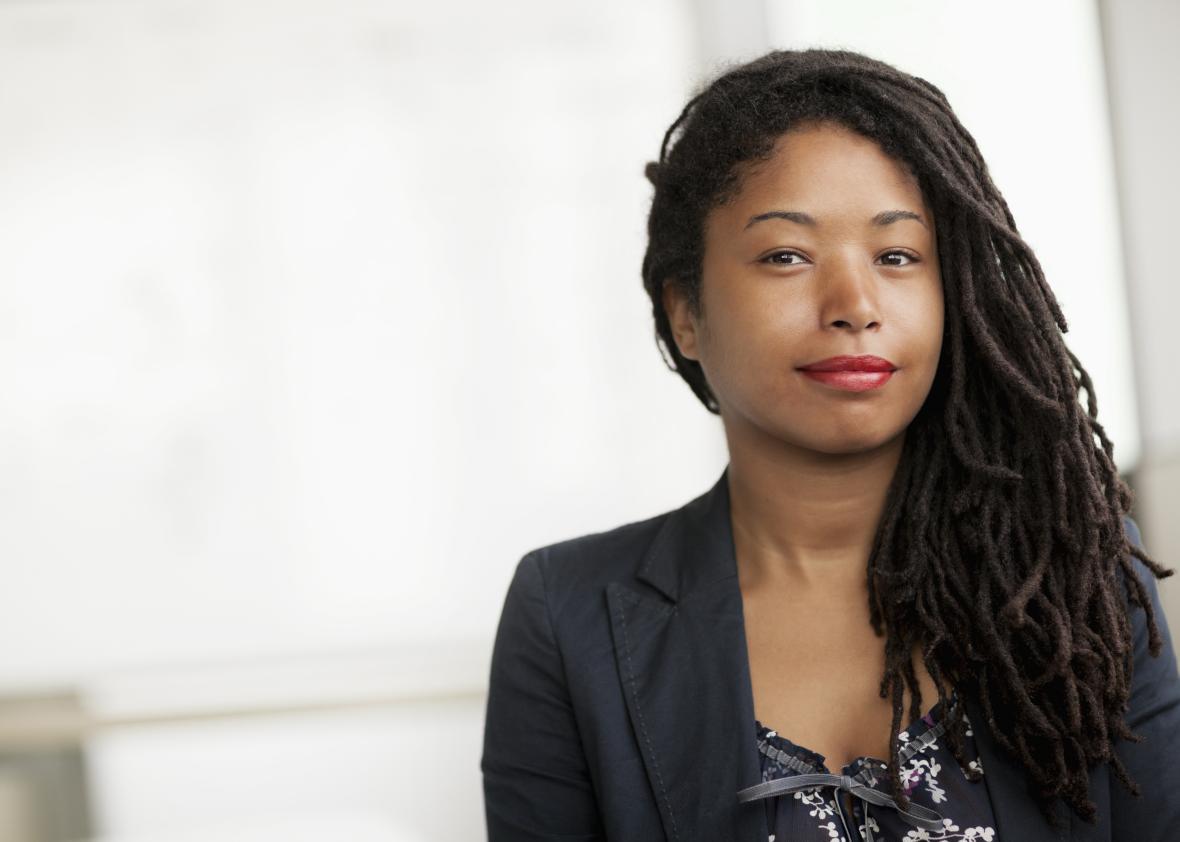 A Federal Court Ruled That Employers Can Fire People Just for Having Dreadlocks
In a decision that delimits the concept of race to physical characteristics that are "immutable," a federal appeals court ruled last week that firing an employee for wearing her hair in dreadlocks is not racial discrimination. The case centers on Chastity Jones, a black woman who accepted a job at a Mobile, Alabama, insurance claims processing company in 2010.

Back in 2010 she received a job offer at an insurance claims processing company in Mobile, Alabama. Chastity claims a white human resources employee told her that she’d need to get rid of her locs because they “tend to get messy.” When she refused to cut off her locks. They rescinded her offer. And guess what – a federal appeals court ruled that firing an employee for wearing her hair in dreadlocks is not racial discrimination.

Well the Montgomery County Council is the first local government in the DMV to introduce a bill that says people cannot be discriminated against for wearing their hair in certain protective hairstyles.

That means if you choose to wear your hair in braids, locs, afros, curls, or twists.

Montgomery County says – we got your back.

And while I don't like how long it took us to get here nor that this is the only county in the DMV doing this, it is epic and is worthy of praise.

The new bill isn't just about the color of your skin or where your ancestors came from. It protects people against discrimination based on traits historically associated with race -- like how we wear our hair.

It's called the CROWN act - which - is pretty woke for the government. Right?

So why did it take this long to get some protection for what seems to be a very personal decision?

From where I'm sitting -- we've made the decision to compromise our hair, because there are so many other fights that minorities have to face everyday. And it is exhausting.

Am I being too aggressive? Is my body too curvy? Will I be racially profiled and shot before I make it home? Am I getting paid my worth?

Yeah – Hispanic women, like me, earn just 53 cents for each dollar paid to a White man for full-time year-round work.

So when it comes to hair, it's something we just didn't have the energy to fight hard enough for in the past. But that's changing.

The natural hair movement is real y'all.

And it is effecting both men and women:

Our sister station in Dallas, WFAA reported on two boys being denied employment at Six Flags in Arlington, Texas because of their hair.

“They pulled me aside at the end of it and said, ‘You would have to cut your hair or we can’t hire you at Six Flags.”

That’s what Brandon Kobe Pierce says he was told by Six Flags.

Karis Washington had a similar story.

He took his son to Six Flags for an interview and he says his son didn’t get the job because he had locs.

But what is it about their hair that Six Flags found issue with? I honestly don’t know. They didn’t say. What I do know is that it isn’t fair.

Hair has been a big conversation in my TV career. I’ve been told for years by people in the television industry and in my own family that THIS is what I should look like all the time.

Caveat -- I've always loved my curls. I wasn't one of those girls who wished their hair looked different. Actually I realized pretty early in life that I had "good hair." Yup -- that "OH GURL you got that good hair," hair. But what the heck is good hair?

Or better yet.. why can’t it be locs, twists, curls or braids? Who is the authority on work appropriate hair?

Deciding how I look every day in front of people that watch me on TV or choose to follow me on social media, is not just a fashion statement to me, it's a cultural statement.

How I choose to wear my hair is a reflection of how I feel that day and what I feel is beautiful.

It may have taken me 31 years to fight back, but I'm here now.

And I'm not alone.

Neither are the people of Montgomery County who would look to the Crown Act, if passed, for support.

So my question is this -- who will be next? Prince George's County, Loudoun County, Fairfax County are you going to step up to the plate?

Because while I have the prerogative to wake up and choose how I want to wear my hair and not have to worry about whether or not I'll be out of a job. That's just not the case for most of my brave curly haired sisters and brothers out there who are taking a stand, but do so knowing that it could affect their livelihood because their companies aren’t as woke. And THAT is NOT OK.