Fulmer to receive $37,500 per month through end of 2023 after retiring from Athletics Director position

A high-placed source with UT said Fulmer decided he will retire following the firing of Coach Jeremy Pruitt. 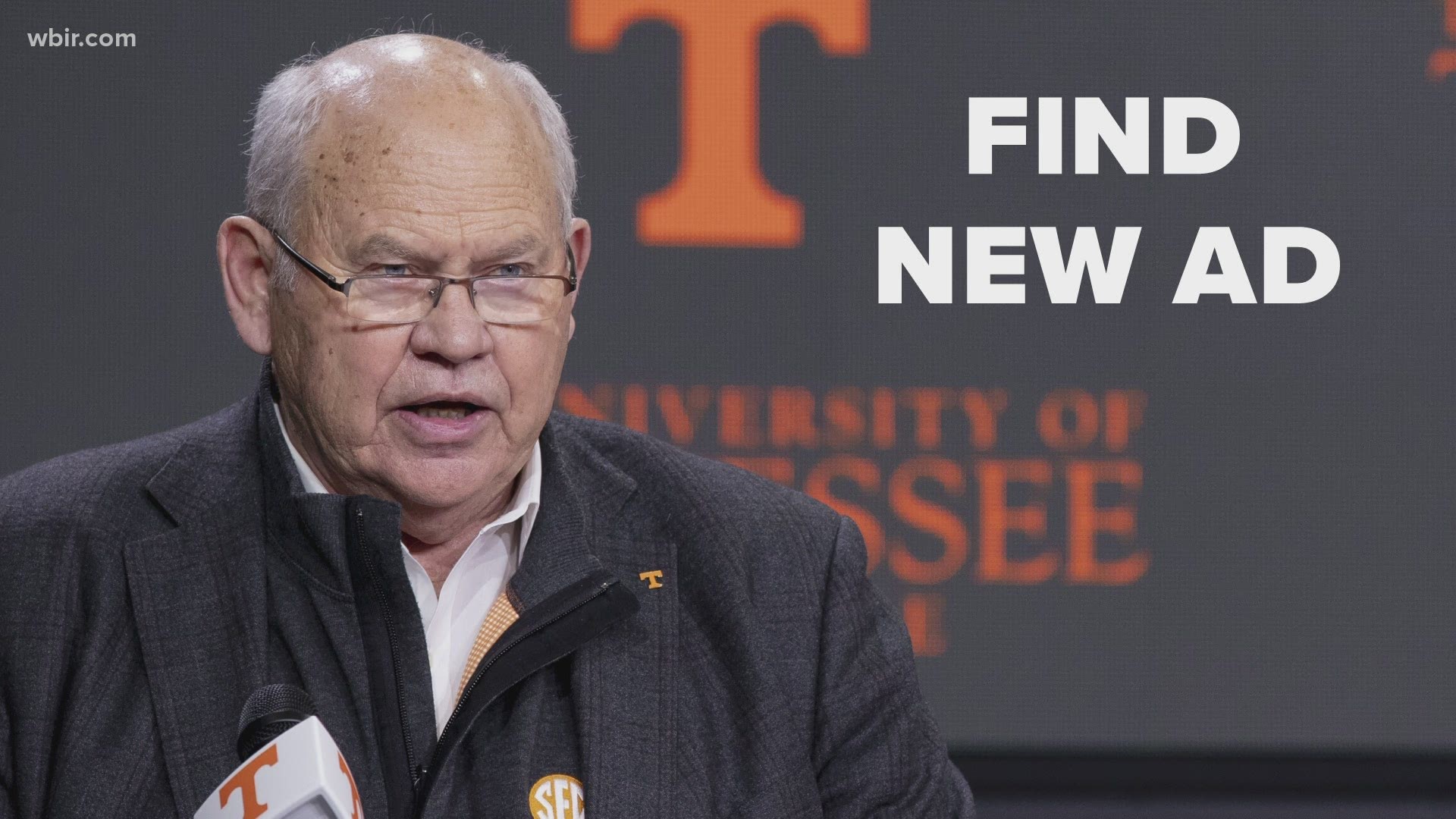 KNOXVILLE, Tenn. — UPDATE (Jan. 20): Officials said that Phillip Fulmer is expected to receive $37,500 per month as compensation through December 31, 2023, after leaving his position as Athletics Director at the University of Tennessee.

Phillip Fulmer will retire from the University of Tennessee's Director of Athletics after serving three years on the job.

Fulmer made the decision to retire following Monday's firing of former head coach Jeremy Pruitt "for cause" after 9 other staff with the football program were fired as part of an ongoing investigation into "serious" NCAA violations.

Fulmer said he will stay with UT until a new AD is named.

Fulmer came out of retirement and took the position of AD in December 2017, ushering in a wave of renewed hope in the football program after the firing of former head coach Butch Jones. Just a few days after Fulmer became AD, he hired Jeremy Pruitt to lead the program.

Three years later, that hope has faded and Tennessee football has found itself in a familiar, bleak territory -- finishing third to last ahead of Vanderbilt and South Carolina in the SEC East with a 3-7 record in the 2020 regular season.

Fulmer's tenure as AD is not without its successes, though. In the three years since he took the position, the UT Men's Basketball program has soared to unseen heights and energy under Coach Rick Barnes. The Lady Vols basketball program is also showing signs of regaining its momentum under new head coach Kellie Harper after several disappointing seasons.

The now 70-year-old Fulmer has spent more than four decades in Big Orange as a player, coach and AD. He was fired as head coach in 2008 after going 5-7 in his final season. The previous year, the Vols tied for their last SEC East championship. His overall record as head coach over 17 years at UT was 152–52, with a national championship in 1998.