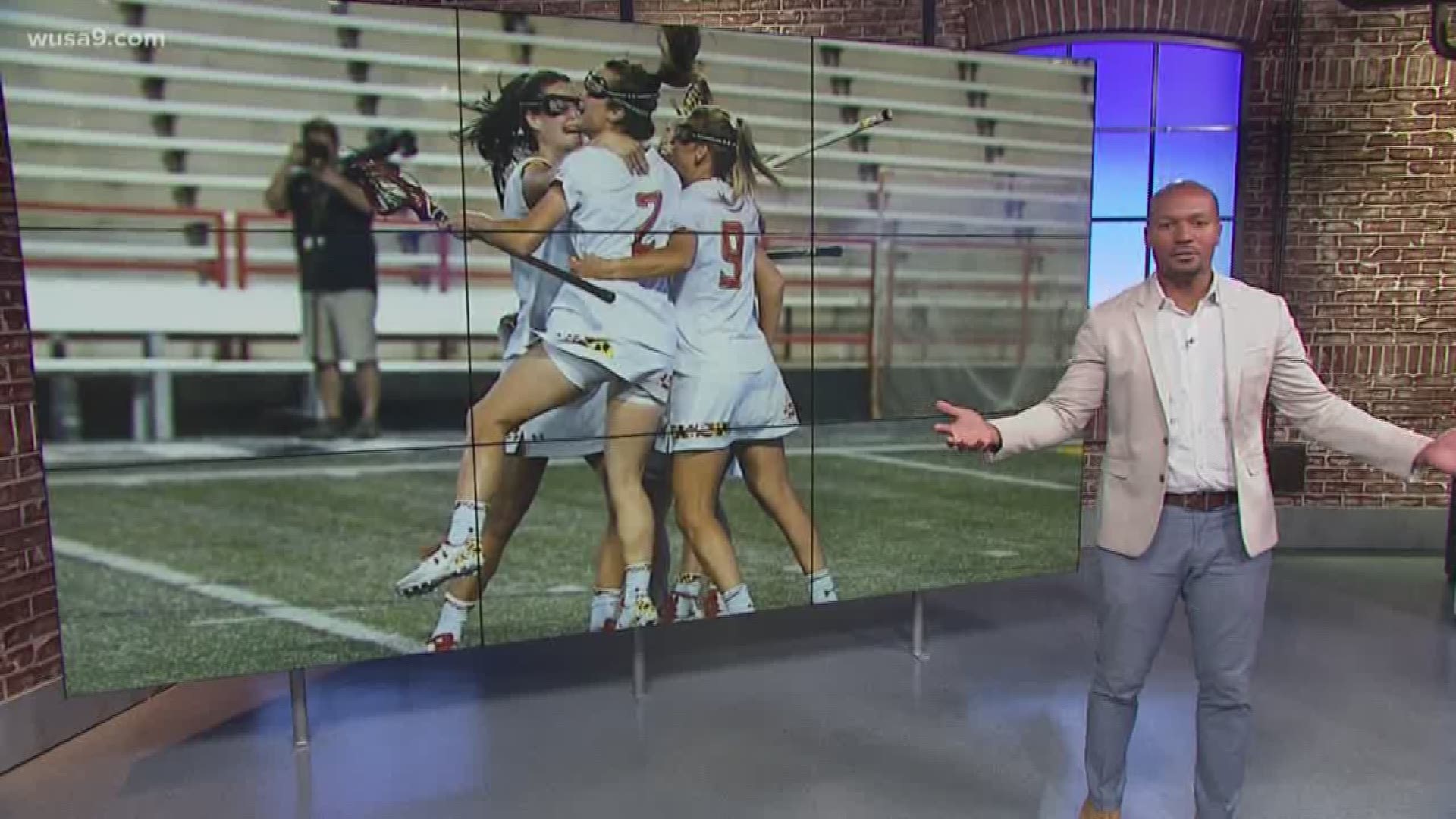 For the 11th straight season, the team is headed to championship weekend.

Maryland is just two wins away from capturing the school's 14th national championship.

The school's 13 national titles are the most in Division I.

Maryland's opponent on Friday, Northwestern, has the second most national championships with 7.

For the Terps, getting to championship weekend is an expectation every season.

"For this team to come in and earn the number one seed again, and then to make it through the first two rounds against really talented teams to set themselves up to have an opportunity to compete for a national championship, that's what you shoot for all year," says head coach Cathy Reese.

"We believe that this is where we should be," says senior Caroline Steele. "We always take that step back when we get here, and we're like 'this is incredible.' We're one of four teams to keep playing, so really it's an honor to still be playing."

Maryland will be seeking revenge on Friday.

The Terps only loss this season was in the Big Ten tournament to Northwestern.

Maryland has used the loss to refocus for a run that they hope will end with a National Championship.

"It gave us the opportunity to just kind of take a look at ourselves and really reassess where we were at that point," says Reese. "I think our team is in a different spot than we were then. I think this has been a real valuable learning opportunity and experience for us. I'm excited to really have the chance to take the field again on Friday, and see what this group is capable of."

"We're not invincible, and we knew we weren't invincible," says Senior Julia Braig. "Every team is going to come out and give us their best game, and I think we saw that. We didn't play the best we could, and it didn't end the way we hoped. But it definitely really fueled our fire, made us a lot more excited for playoff season and everything that's coming our way."

Championship weekend for the women returns to Johns Hopkins for the first time since Maryland won the last of its seven straight national championships in 2001.

The Terps hope that the close proximity will lead to a huge home field advantage.

"I hope we can get all these Maryland fans out to cheer on the Terps," says Coach Reese. "It is nice that it's just up the road a little bit at Johns Hopkins."

"Obviously it's really nice to be in the state of Maryland, and playing in front of friends and family," says graduate transfer Erica Evans.

The winner of Maryland's game against Northwestern will face the winner of the other national semifinal between Boston College and North Carolina.

The championship game is scheduled for Sunday, at 12 pm in Baltimore.