Many coaches use a grading system to evaluate players. However, DMV native Sean Cullinan has created a much easier way in a form of an app – Football Gradebook. 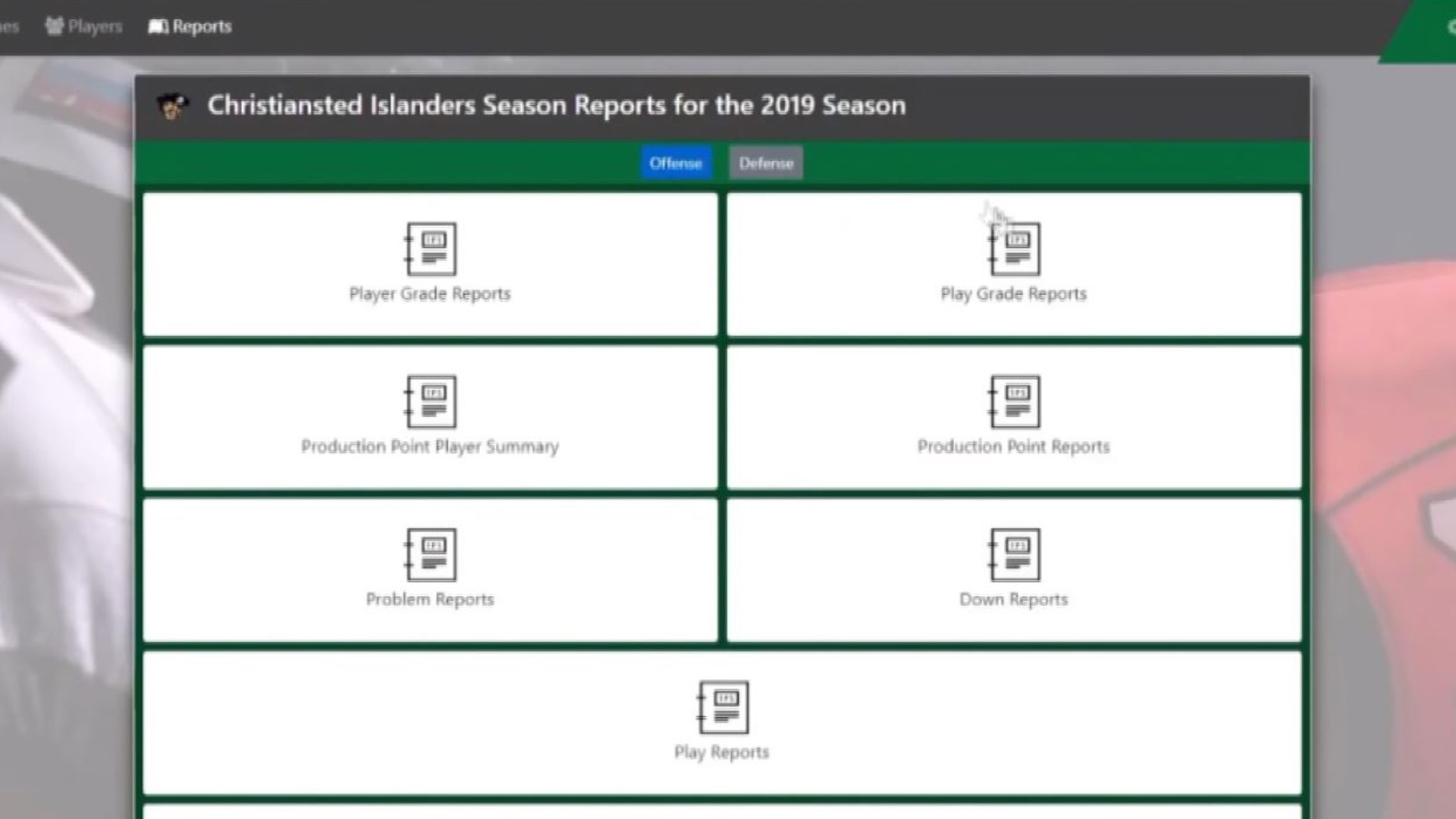 PRINCE GEORGE'S COUNTY, Md. — Every week, football coaches at high schools and colleges, spend hours looking at film and evaluating the past game.

They are always looking for ways for their players to improve on the field. Many coaches use a grading system, and a lot of times it is done on pen and paper, using math in one’s head.

But Prince George’s County native Sean Cullinan has created a much easier way, and it’s in the form of an app called 'Football Gradebook.'

“I sat with the coaches and heard all about what kinds of things they were doing on pen and paper to evaluate their players and thought we could do a lot better in putting an app together,” Cullinan said

This computer program started as a favor to the coaches at Auburn University in 2003. Cullinan played hockey growing up in Greenbelt, MD, and admits he didn’t know a lot about football. But Auburn’s offensive line coach, Hugh Nall, did and Nall needed some help. So, Cullinan and an Auburn grad assistant, Vaughn Maceina, stepped in.

“Coach Nall was the brainchild behind it when he was the offensive line coach and offensive coordinator at Auburn University. He was really struggling to break down film and grade efficiently,” Football Gradebook founder Vaughn Maceina said.

The program saved Coach Nall an average of three hours a day on grading his players and helped with the math too. He even joked about his early struggles with math while playing football at the University of Georgia.

“I passed math at Georgia, by doing a lot of extra work, so anyways, when you had three grades on 80 or 90 plays times five, it’s a lot of addition and subtraction,” emphasized Nall. He added that this computer program was a life-changer for him, saving him valuable time.

But Cullinan put the program on the back burner for several years, and it wasn’t until Maceina became a high school football coach recently, that he asked if he could bring this program back for the masses.

That is when the app was born.

Coaches looking for ways to improve during this time should check out #footballgradebook! 1st ever click and go grading app, 100% customizable to each coach on staff! https://t.co/x4NGmjWBED

Cullinan adds, “You put your data in and you can import it from your video systems if you’re a coach and then you start tapping your grades into our app. Then we compile all of that data into reports and tell you what players need work on what plays, and so on.”

Both Cullinan and Maceina are founders of their company which created this app, called Performance Sporting. While Football Gradebook is their first app, they insist it won’t be their last.