No. 3 Georgia romps to 63-17 victory over FCS Murray State

Georgia jumped ahead less than 2 minutes into the game, ripping off a four-play, 56-yard drive that was aided by a pass interference penalty. 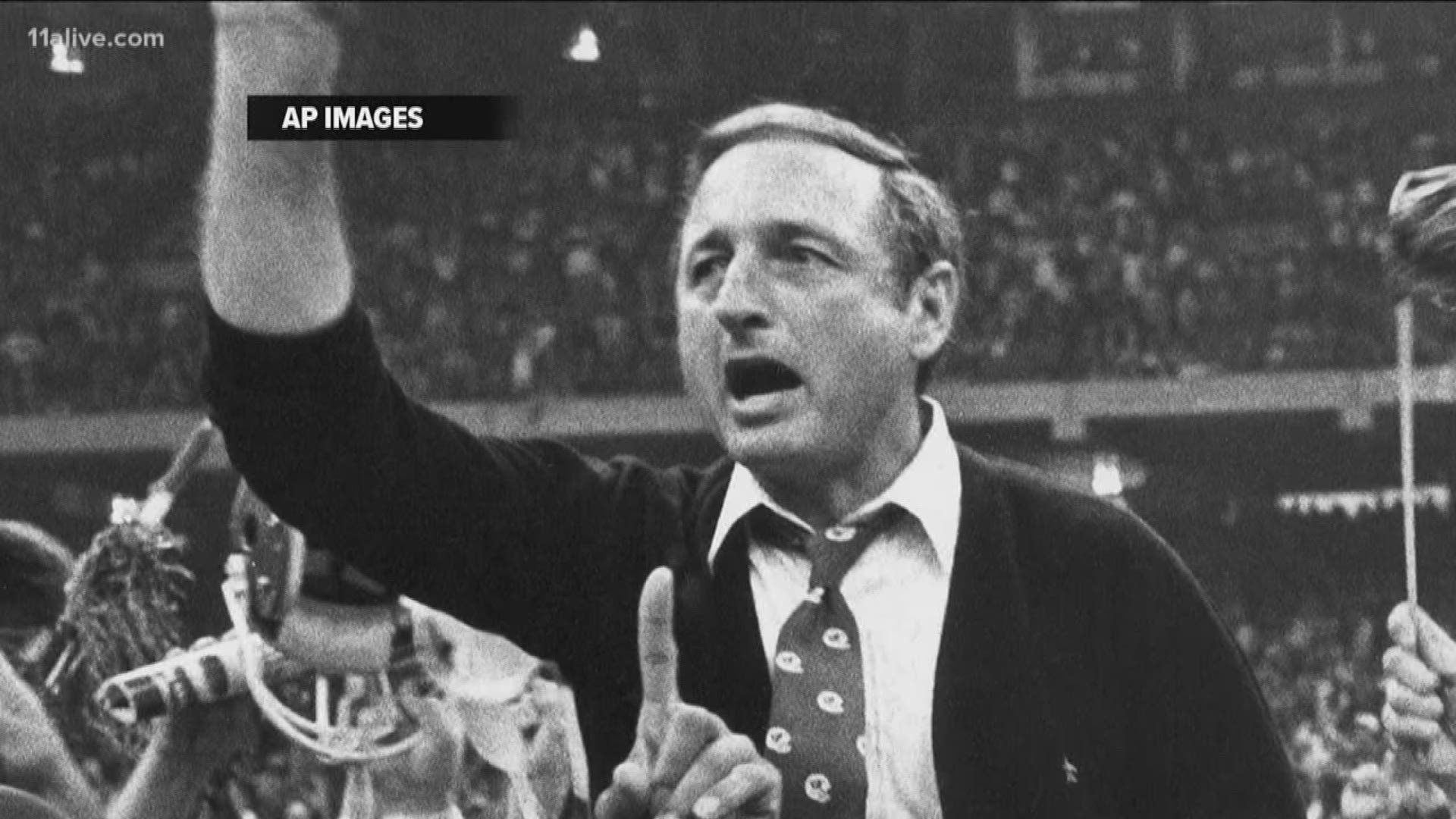 ATHENS, Ga. — On a sweltering day, Georgia took a while to get going.

By halftime, the Bulldogs could start cooling down.

D'Andre Swift ran for two touchdowns, Jake Fromm threw for 166 yards and a score, and No. 3 Georgia broke loose in the second quarter for a 63-17 rout of FCS school Murray State on Saturday.

With temperatures climbing into the mid-90s, the Bulldogs (2-0) were tied 7-7 after giving up a long touchdown pass.

But they erupted for a 35-point barrage in the second period.

"We were just kind of ready to go," Fromm said. "We weren't playing as clean as we wanted. But we settled down, settled in and played some ball."

Brian Herrien ran 2 yards for the go-ahead score. J.R. Reed scooped up a fumble and went 14 yards for a touchdown. Swift tacked on a 10-yard TD run. Fromm hooked up with freshman George Pickens on a 15-yard scoring play. Finally, redshirt freshman Zamir White darted for a 6-yard score, sending Georgia to the locker room with a 42-7 lead.

Fromm, Swift and most of the starters were able to take the rest of the day off, giving Georgia a chance to give some of its young prospects their first extensive playing time.

"We definitely got to see some young guys in there," Swift said. "I'm glad."

Fromm completed his last nine passes and finished 10 of 11. Swift rushed for 67 yards on just six carries. Pickens hauled in a 43-yard catch with a diving, somersaulting effort and finished with four receptions for 78 yards.

Preston Rice was effective against Georgia's defense, completing 20 of 25 for 216 yards. But Murray State (1-1) rushed for just 23 yards.

The Bulldogs had 269 yards on the ground, led by White with 72 yards on eight carries. Freshman Kenny Atkinson showed off the backfield depth with nine carries for 61 yards.

Georgia jumped ahead less than 2 minutes into the game, ripping off a four-play, 56-yard drive that was aided by a pass interference penalty. Swift powered over from 3 yards out.

The Bulldogs were forced to punt on their second possession, and Murray State stunned the crowd when Price hit DaQuon Green on a slant cutting over the middle. He beat one man and outran two others for a 60-yard TD that tied the game.

There were nervous groans when Georgia fumbled the ball away on its next possession, but it was only a matter of time before the overwhelming talent advantage took its toll on the Ohio Valley Conference school.

When Mark Webb knocked the ball away from Jared McCray and Reed took it to the end zone for Georgia's second score in just 33 seconds, it was clear how this one would end.

"It doesn't happen that often, so you've got to capitalize on your opportunities," Reed said. "Good things come to those who are aggressive.

RELATED: Get set for Georgia Gameday with Look Alive Podcast!

RELATED: UGA will not sell alcohol for athletic events next season

No. 2 quarterback Stetson Bennett got on the field for the first time at Georgia, capping a long, strange journey that began as a walk-on in 2017.

Bennett completed 9 of 13 for 124 yards and two touchdowns, though he did have an interception that was returned 35 yards for a score by Nigel Walton.

"I'm happy he got to play," Georgia coach Kirby Smart said. "He needs all the experience he can get. He can get reps in practice, but to go out in a game and play is important for his confidence."

Bennett walked on at Georgia two years ago but only got to work on the scout team. He transferred to a Mississippi junior college last season year and appeared headed back to Division I at the University of Louisiana, only to end up back in Athens when the Bulldogs called with a scholarship offer after losing Justin Fields to Ohio State.

"He's one play away from being out there," Smart said of Bennett.

Murray State: There were some encouraging signs for a team that never really had a chance against a Southeastern Conference powerhouse, at least providing hope that the Racers will be a factor in the Ohio Valley race. "It was a good performance for what we were doing in terms of executing the game plan," Rice said. "I feel I executed to the best of my ability this week."

Georgia: It's hard to fathom what the Bulldogs gained from this game, other than sweating off some pounds and giving plenty of youngsters a chance to play. The most significant moment occurred before the kickoff when the school formally named the field at Sanford Stadium in honor of longtime coach Vince Dooley.

Murray State: The Racers face their second straight FBS opponent on the road next Saturday, though it won't be a team of this caliber. They'll take on Toledo of the Mid-American Conference.

Georgia: The second of three straight home games should be another breather for the Bulldogs. They'll host Arkansas State from the Sun Belt Conference next Saturday.