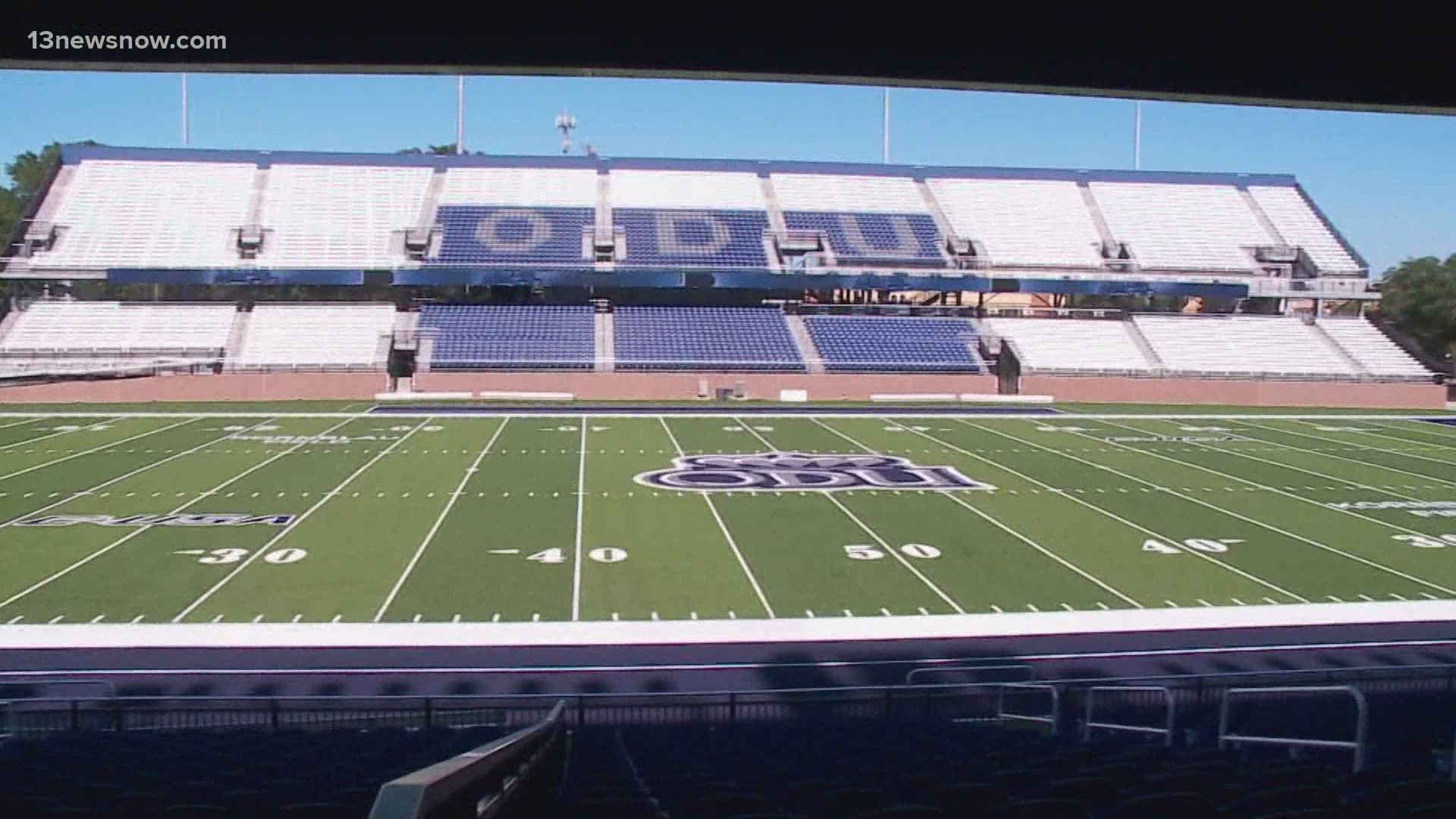 NORFOLK, Va. — "We've been lucky, we haven't had to eliminate any positions."

Old Dominion University Athletic Director Wood Selig counts the Monarchs among the lucky thus far in 2020. While William & Mary remains in upheaval over the cancellation of seven sports programs and the University of North Carolina recently announced budget cuts, ODU has held strong for a number of reasons.

"The less we play, the more we save. Unlike Alabama, Michigan, they're gonna see 50-60 million dollars in lost revenue," said Selig, also pointing out that ODU stands to lose 3 to 4 million dollars from their own football cancellation.

The school also asked football season ticket holders to consider donating that money to the athletic department, which roughly a third of them chose to do so.

All sports, except football, are set to resume play by the Spring. ODU is already planning, looking to schedule games that don't require hotel stays and limit non-conference opponents.

Norfolk State University plans to play their football in the Spring, for the time being. They too are feeling the financial effects of the pandemic.

They sent 13Newsnow this message regarding the athletic department's situation: "The shifting landscape in college athletics has been fluid due to the impact that COVID-19 has had on athletics operations. With the loss of athletics season and reduced competition in other sports, revenue opportunities have not been realized from game guarantees, ticket sales, or ancillary income. The university has honored athletic scholarships and will continue to support student-athletes during this climate and wants to ensure that the health and safety of our student-athletes comes first."