In his first season as The Washington Football Team head coach, Rivera will coach through treatment for skin cancer. 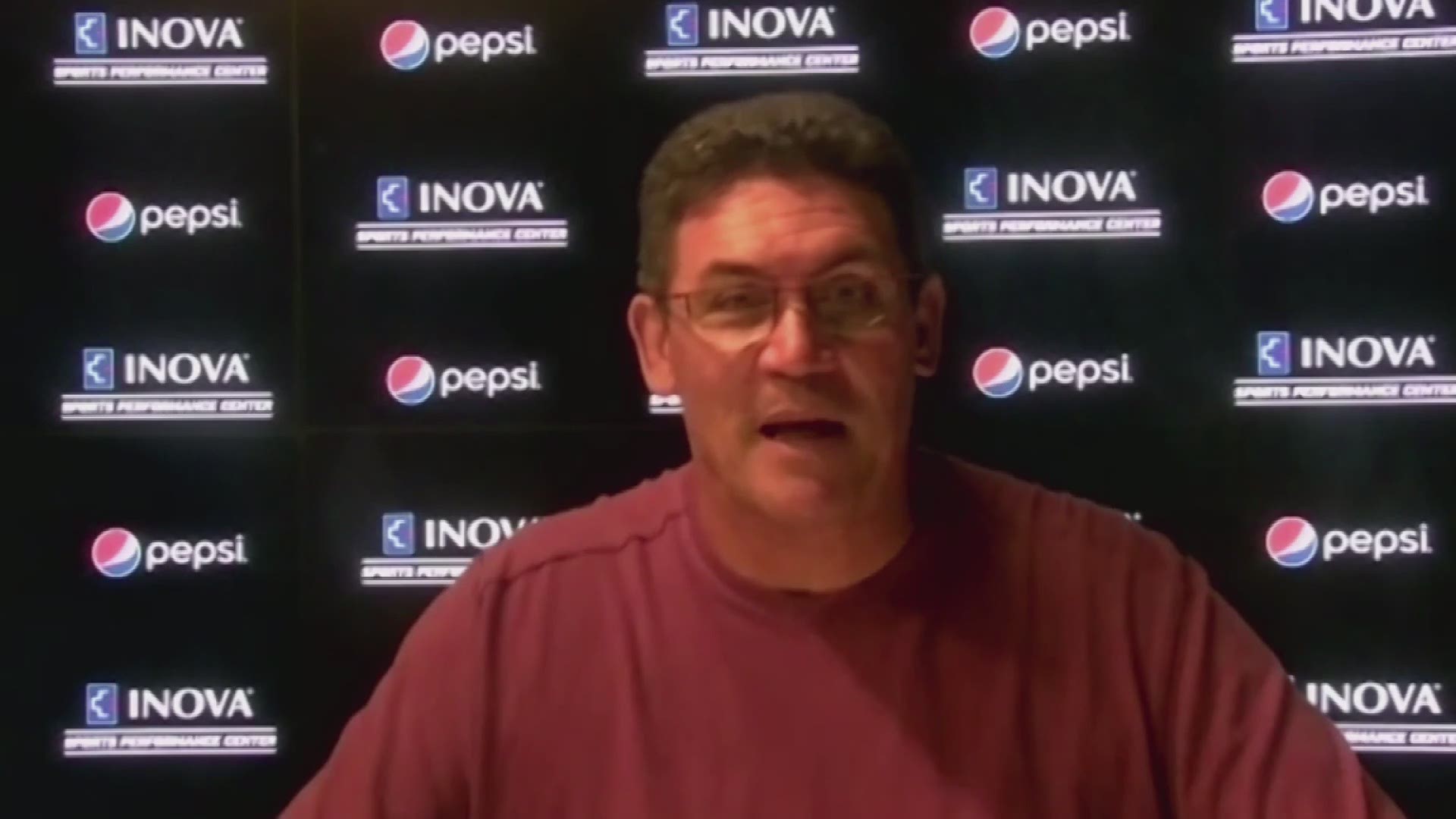 While a step forward in leadership from the second-year signal-caller is a great sign, with the speech he simply filled the void left by the most important voice in the room.

Head coach Ron Rivera was busy getting a precautionary IV. The move was taken as Rivera undergoes treatment for squamous cell cancer.

"Even the most stoic individuals can be laid low with aggressive radiation and chemo," said Allan Thornton, staff radiation oncologist at Hampton University Proton Therapy Institute.

Rivera has said he will undergo treatment five days a week for seven weeks, a program that Thornton calls "curative dose."

He said it should be enough to cure the tumor, but won't come without its share of difficult days for Rivera.

Luckily for Rivera, he's shown time and again that he's not like other NFL coaches, this is simply another comeback to execute, regardless of who is giving the speech.