The star defensive end was actually FaceTime-ing his mother on a cellphone while he answered questions from the media. 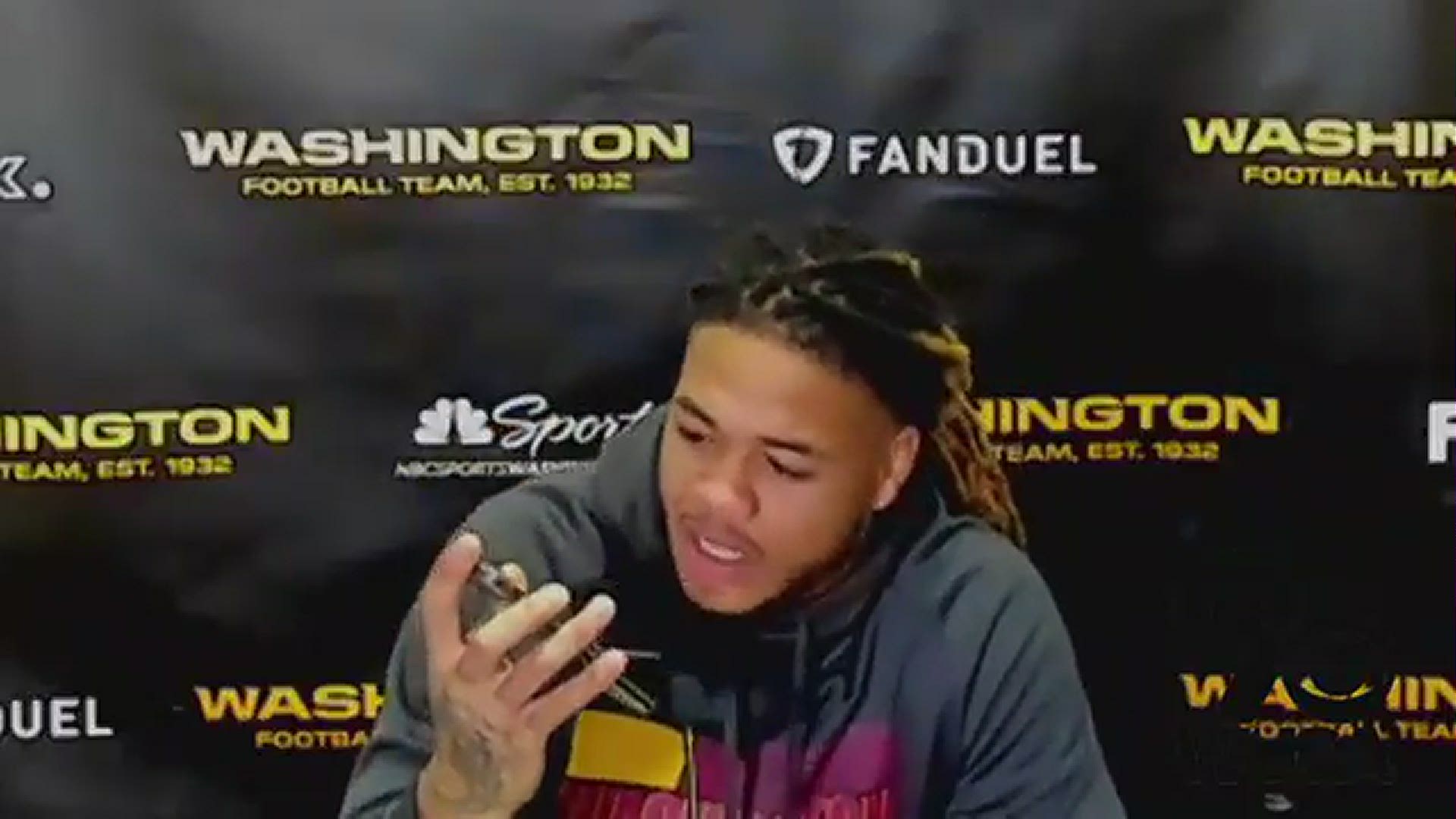 WASHINGTON — Chase Young's mother made an appearance during her son's post-game news conference interview after the Washington Football Team's win over San Francisco on Sunday.

The star defensive end was actually FaceTime-ing his mother on a cellphone while he answered questions from the media.

When one reporter asked her about his performance, his mother said she was very proud and praised her son's ability to pick up a fumbled football and score a touchdown.

“He got it and kept truckin’!" Young's mom during the interview.

Young became the first player in Washington franchise history to record a fumble return touchdown, a forced fumble and a sack in a single game.

"I’m at a loss for words," Young said. “I was out there playing ball and good things happened for me today.”

Washington Football Team has extended its lead in the NFC East and furthers its hopes of making the NFL playoffs after a win over the San Fransico 49ers 23-15 on Sunday.

This is Washington's first four-game winning streak since 2016.

The New York Giants (5-8 overall) helped Washington's playoff chances with a loss to the Arizona Cardinals.

Washington lost to the Giants in both its games this season against the divisional opponent.

Washington's next game is against the Seattle Seahawks on December 20 at 1 p.m.