What a game! The Virginia Cavaliers held off Texas Tech to win the national championship in a fierce 85-77 overtime win.

The victory was also a redemption story - Virginia was the first No. 1 team to ever lose to a 16 last year.

Students watched with baited breath from the John Paul Jones Arena as the Hoos saw their a 10-point lead turn into a 3-point deficit before Virginia's De'Andre Hunter came to the rescue, AP reports. The sophomore made the game-tying 3 with 12.1 seconds left in regulation, then made another 3 with 2:07 left in the extra period to give the Cavs the lead for good.

After going scoreless for the first 18 1/2 minutes, Hunter finished with a career-high 27 points.

Watch a feed below of the post-game celebrations on UVA campus.

Students watching from the arena stormed the empty court and poured into the streets and to the Lawn in celebration after the win.

Around 14,000 students watched from inside the area, and WUSA9 crews said there was not a seat left open.

Many students said they did not intend to go to class on Tuesday, despite the fact the University of Virginia did not cancel class as of 12 a.m. Texas Tech, however, has Tuesday off.

"They’ve been working so hard for this, to see all the hard work pay off is amazing," one fan said after the win. "I’m so happy for them.”

Virginia students and fans can welcome the team home Tuesday afternoon. The team is expected to return to campus between 4:45 and 5:00pm. 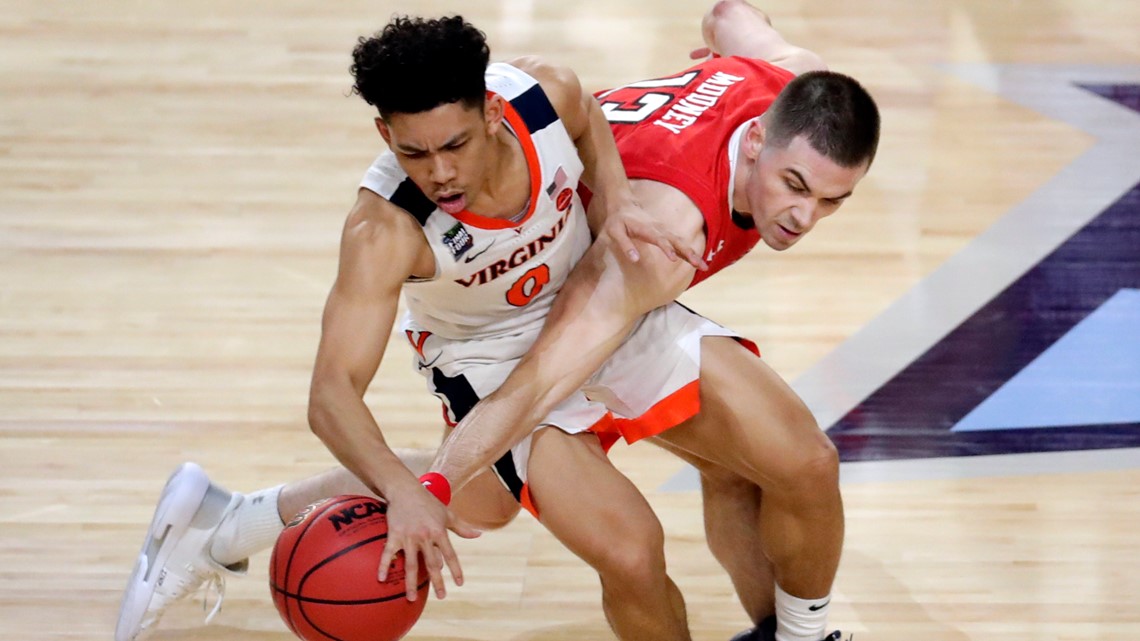