It's been over a decade since the Fighting Irish won a football state title. The drought can end on Friday. 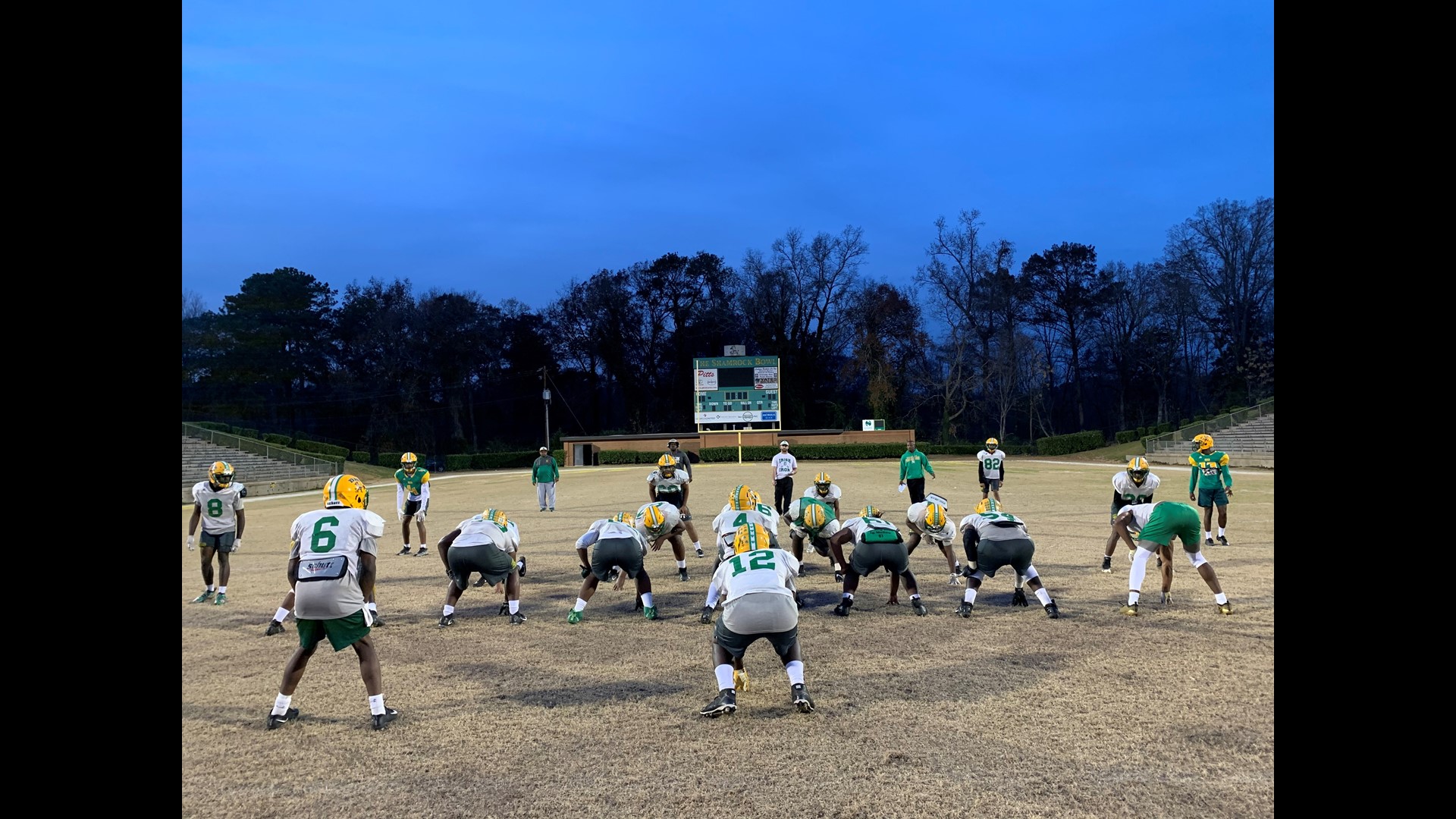 Dublin will face a familiar opponent on Friday afternoon, a Brooks County team they've already beaten 49-35 this year. Holmes refuses to let his kids relax, because another trend has developed in championship rematches.

"I reminded them in the last 13 games, where teams have played a championship game and they've already played in the regular season, 10 times the team that lost in the regular season had won in the state championship," Holmes said. "I think that's worth taking note that teams weren't as focused as they need to be or as prepared as they needed to be."

Senior tailback Marcus Adams hasn't forgotten the Brooks County game. He had 157 yards in the matchup, but he's heard plenty of chirping from the other side.

"I've been talking to the quarterback, me and him are very good friends. He was like, 'They're ready to see the game, ready to see how it feels to get us again,'" Adams said.

Adams is a part of the three-headed monster backfield that features two 1,000 yard rushers and 2,000 yard back JaQues Evans. They'll lean heavily on each other to bring home a title for the Fighting Irish.

The entire teams knows how important a state championship means to the city and Laurens County. They want to make the green-and-gold proud.

"It means a lot, I've been repping the green-and-gold ever since middle school. It's a big part. I love my fans and all. I just love Dublin," said runningback Zion Kemp.

The quest for a state championship can end Friday. The Fighting Irish will play at 1 p.m. in Georgia State Stadium.

RELATED: Dublin's 'Gridiron Grillers' take talents off the football field and into the kitchen

Have a news tip? Email news@13wmaz.com, or visit our Facebook page.