Washington Capitals drop the puck on training camp; Ovechkin, Wilson, Oshie sit down with us to talk about the season ahead 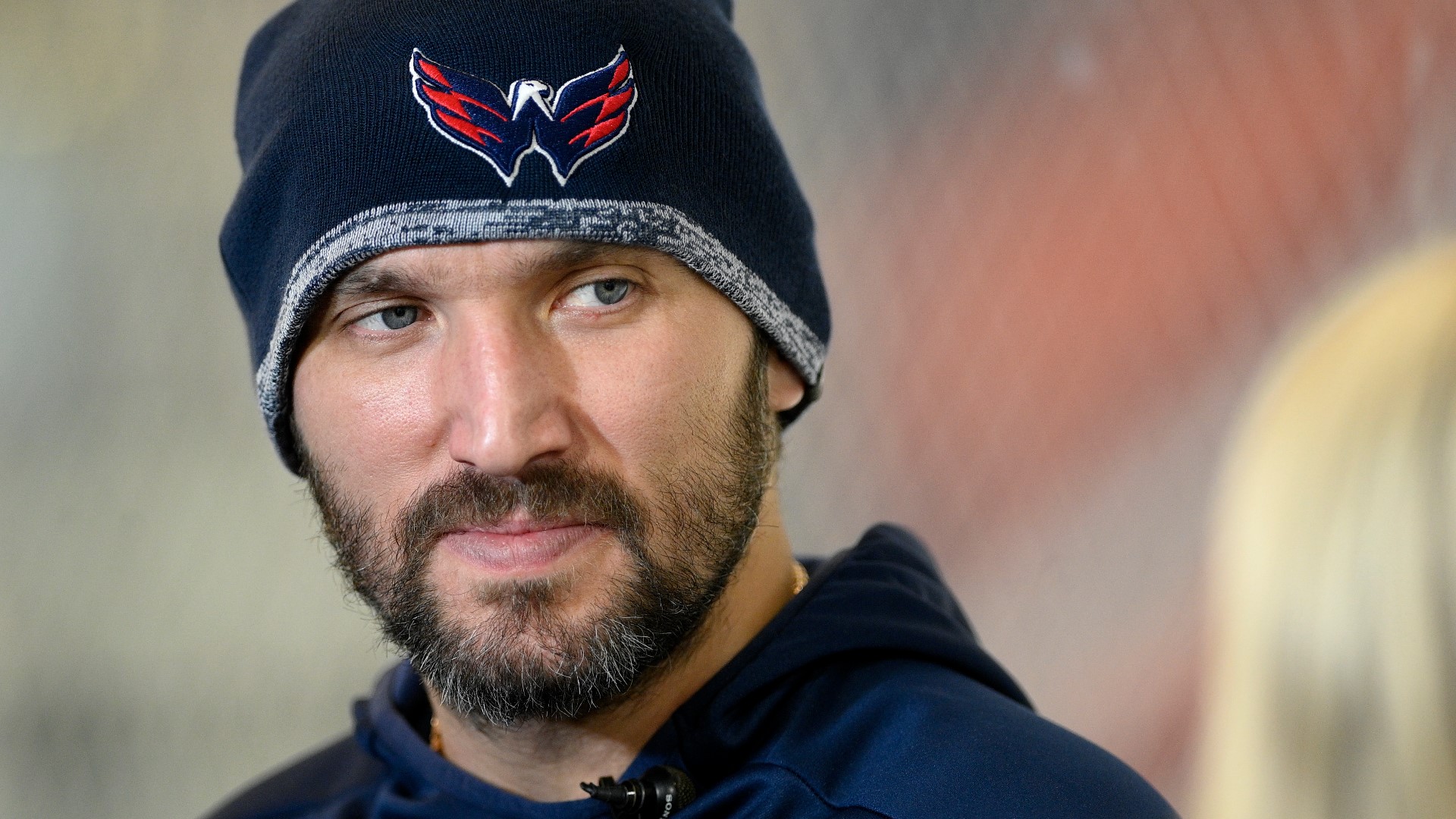 WASHINGTON, D.C., USA — The Washington Capitals kicked off their training camp Thursday at the MedStar Capitals Iceplex, in Arlington. Thirty forwards, eighteen defensemen and six goalies took the ice in preparation for the season ahead. When they got off the ice, some of the Capitals' biggest stars sat down with us to talk hockey, friendships, family, and holding on to that winning culture.

"Every year at this time, you get that first day of school feeling, you're excited and we get another crack at the Stanley Cup. Hopefully, we do it, and have another good year," said Capitals' right-winger, Tom Wilson.

Being back with their teammates was a welcome sight for all.

"We missed it! Especially what's been happening the last couple of years [with COVID-19] has been tough. It's been hard, but we are all excited to get back on track," said Capitals' captain, Alexander Ovechkin.

This Summer, Ovechkin made it clear to this team and this community that he wants to stay here in Washington D.C. He signed a new contract for 5 years, for $47.5 million. If he plays out his contract, he will have spent 21 seasons with the Capitals.

Ovechkin also needs 165 goals to pass Wayne Gretzky as the NHL's all-time leading goal scorer. He would need to average 33 goals per season during the next five years to pass Gretzky, and Ovechkin says he does think about that when he takes the ice.

"I think it always comes up, and I'm always saying like why not if I have a chance, I'm going to do my best. I just want to finish out my career here, and we will see what happens," adds Ovechkin.

"It's going to be a fun year. We miss playing with the fans."

T.J. Oshie is another fan favorite who has been with the Capitals since 2015 and was a big part of their 2018 Stanley Cup Championship run. But this season will be different for Oshie. It's the first since the death of his father, who passed away at the age of 57 from Alzheimer's disease in May.

"I used to call my dad on every game day on the way to the rink. That was my way of kind of making sure that we were in contact, and it's going to be different. I now have an extra angel up there looking over me," said Oshie.

We spoke with Oshie early in the day and hadn't had our coffee yet. When we mentioned that to Oshie in passing, he took note. Then, about 10 minutes after our interview, Oshie returned with three cups of coffee for our crew. Sometimes it's the little things, that make a big difference.

TRUE STORY: #Caps TJ Oshie to the rescue! It’s been an early morning & after interviewing #Oshie we mentioned how much we needed coffee. He left…& returned a few minutes later, surprising us with coffee! #itsthelittlethings #thankyou #ALLCAPS #Capitals #NHL @CapitalsPR @wusa9 pic.twitter.com/URRqbMhNOB

The Capitals first game of the season is October 13 at home against the Rangers. The Caps look to make the playoffs for the eighth consecutive season, having reached the postseason in 13 of their last 14 seasons.