Emily Engel-Natzke is the new video coach for the Hershey Bears. 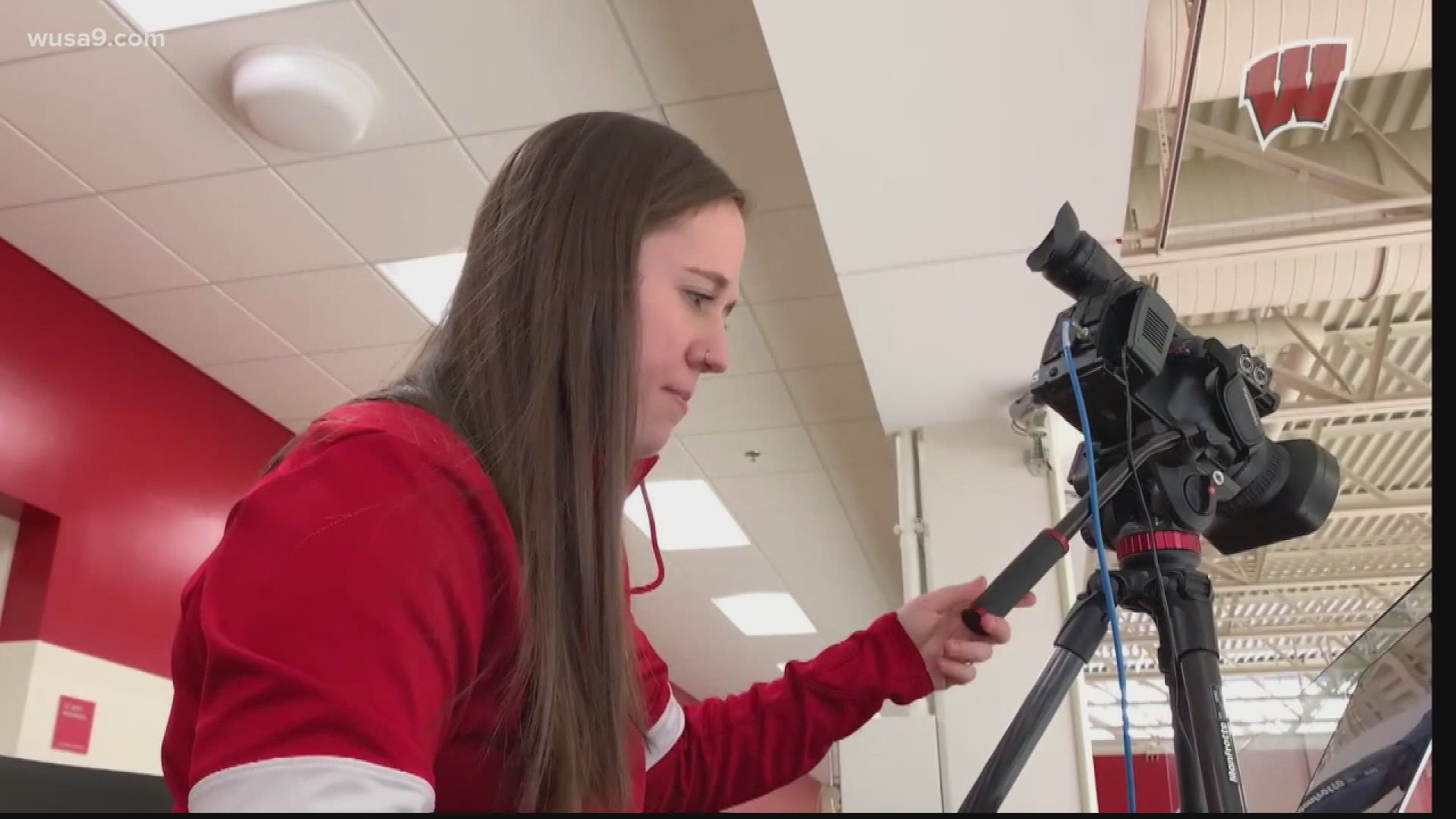 WASHINGTON — 2020 has been a year of firsts for women in sports, with Major League Baseball becoming the first of the major organizations to hire a female general manager. Now, the Capitals are getting in on the action, hiring Emily Engel-Natzke as a video coach for their AHL affiliate.

Engel-Natzke will be the first female coach in the Capitals organization when she joins the AHL affiliate team in Hershey, Pennsylvania, the Hershey Bears.

"Everybody has just been super happy for me, and it's been really exciting to get so much support as well," Engel-Natzke said.

She has spent the last few years as the assistant director of operations and video coordinator for the Wisconsin Badgers men's ice hockey team, and knows what it takes to be a video coach at the professional level.

"Hopefully this just opens the door for other women who are interested in getting into coaching, or video coaching, and hopefully people all over the game see that it doesn't have to be a male," Engel-Natzke said. "It can be anyone under the sun as long as they love what they do, and love the game."

Engel-Natzke also has experience with @usahockey in addition to working with the men's and women's hockey teams at Wisconsin. Welcome to Chocolatetown, @EmilyEngel_UW! #HBH

Engel-Natzke said she is excited to be a part of the Capitals organization and feels confident she's ready for her new role.

"I'll work closely with the coaching staff, preparing opponent scouting, filming practice on a day to day practice, and then in game, breaking down everything live as it happens so in between periods the coaches can go back and look at anything they want to and make adjustments," she said. "I'm really excited to be in that professional environment."

As the first female coach in this organization, Engel-Natzke's new job has come with a lot of press attention, something she admits takes getting used to.

"I joke that I got into film and video because I wanted to be behind the camera, so to be in front of it is a little different," she said. "It's something I've had to get used to. But it's an honor to be the first and hopefully open that door for many more women to come."

Engel-Natzke said she plans to start her new job after the holidays, and looks forward to diving right into the new season in Hershey.

RELATED: Meet one of the first female head wrestling coaches in Virginia. She's breaking barriers for her team