T.J. Oshie, Nick Jensen and Garnet Hathaway skated, posed for photos and had a pizza party with kids from the Tragedy Assistance Program for Survivors (TAPS). 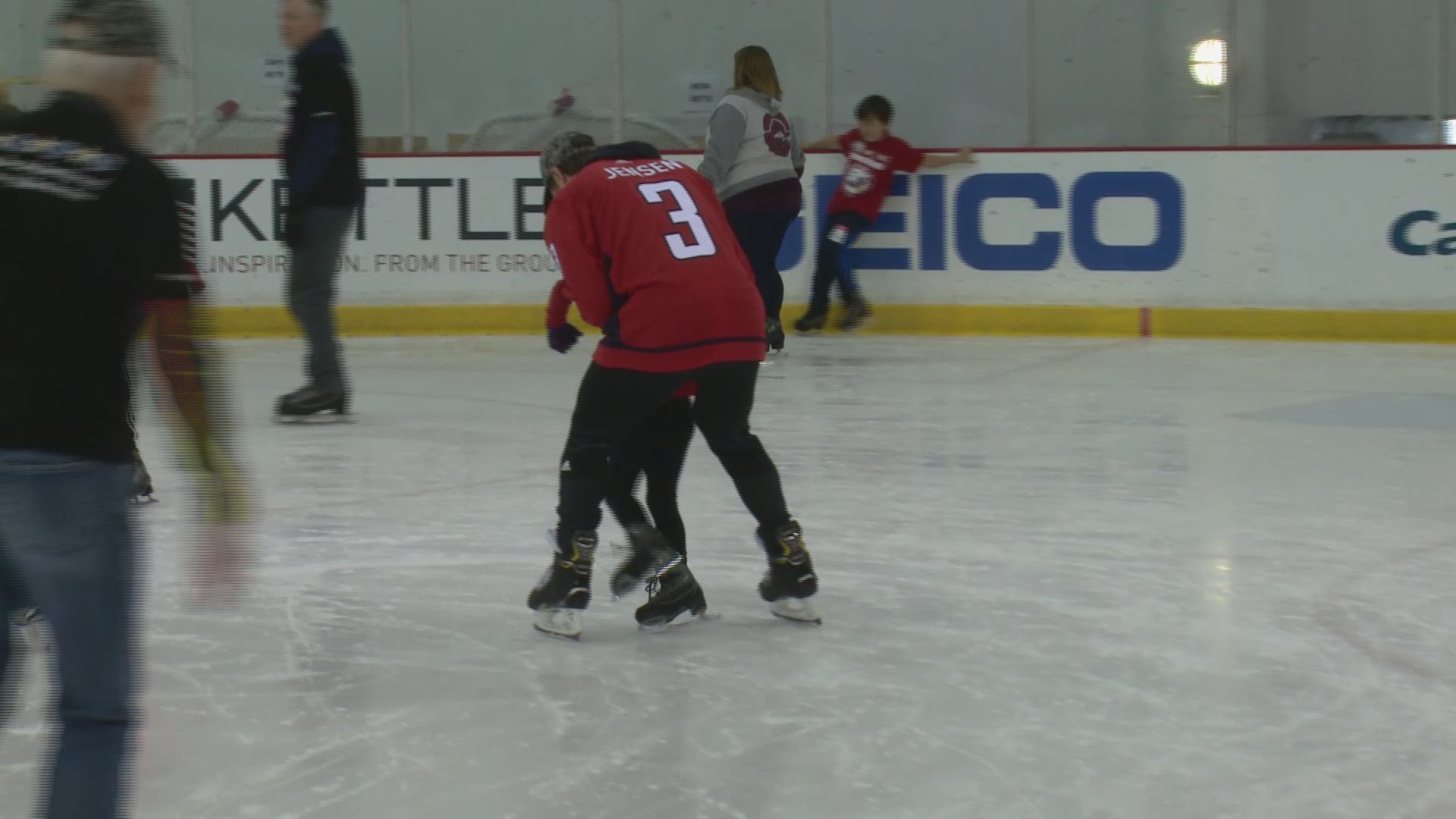 WASHINGTON — When Washington Capitals winger T.J. Oshie gets on the ice, he's used to being one of the star of the shows. But at the Courage Caps skating party on Thursday, he had to compete for attention.

Surprisingly, it wasn't with teammates Nick Jensen or Garnet Hathaway. A 15-week-old with boundless energy and excellent tail-wagging abilities stole the show.

Captain, the team's yellow lab service dog trainee, was a hot commodity at the annual Courage Caps event, where he met mascot Slapshot for the first time. The Caps hosted more than 100 kids and adults from the Tragedy Assistance Program for Survivors (TAPS), an organization that assists the families of fallen service members, at their practice facility, signing autographs, posing for photos and skating with the kids.

"There's been so much healing through this organization and helping my son deal with the grief of his father," one attendee said. "We get to be around friends that he knows are just like him, and he gets to hang out and have a good time with. It kind of takes away from the sadness."

Oshie remarked that as an athlete, giving back to the community is often as memorable as big games and championships.

"It means a lot that playing a game I love, I'm able to come out here and hopefully in one way or the other make a difference in these kids lives who have been through some tough times," Oshie said.