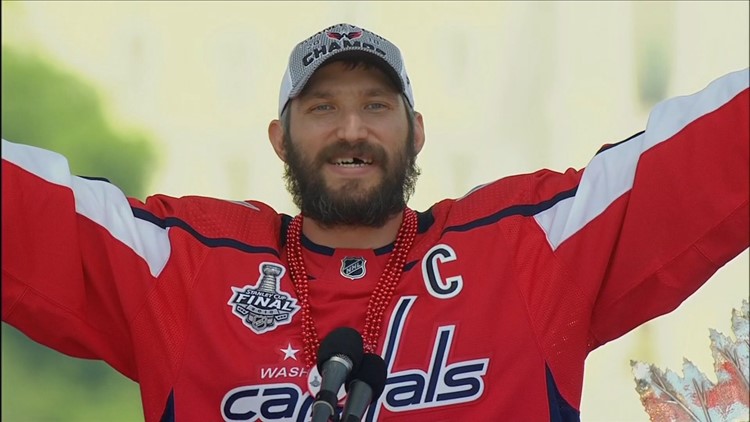 Capitals Alex Ovechkin predicted this: 'We're not going to be suck this year'

If you were one of the many hundreds of thousands watching the Caps victory parade or you were there, you heard Ovechkin's epic rally speech.

At the end of his speech he yelled to the crowd, "one and last thing, before the year, I said 'we not going to be f***ing suck this year. YAHHHHHHH!!!"

RELATED: Best moments of the Capitals parade: 'We not going to be f***ing suck this year!"

If you were late to the Capitals party, or you're just not a big hockey fan you may not have known what he was referring to.

At the beginning of the season Ovi was asked by a reporter if it can be a good thing when you don't have many outside expectations.

Ovi's response would go on to be the season's most memorable quote.

So now you know.

It was Ovi's duty to tell the fans he was right all along!