The Nationals dropped to 21-27 and are in last place in the NL East following a three-game losing streak. Washington is 0-5 in seven-inning games this season. 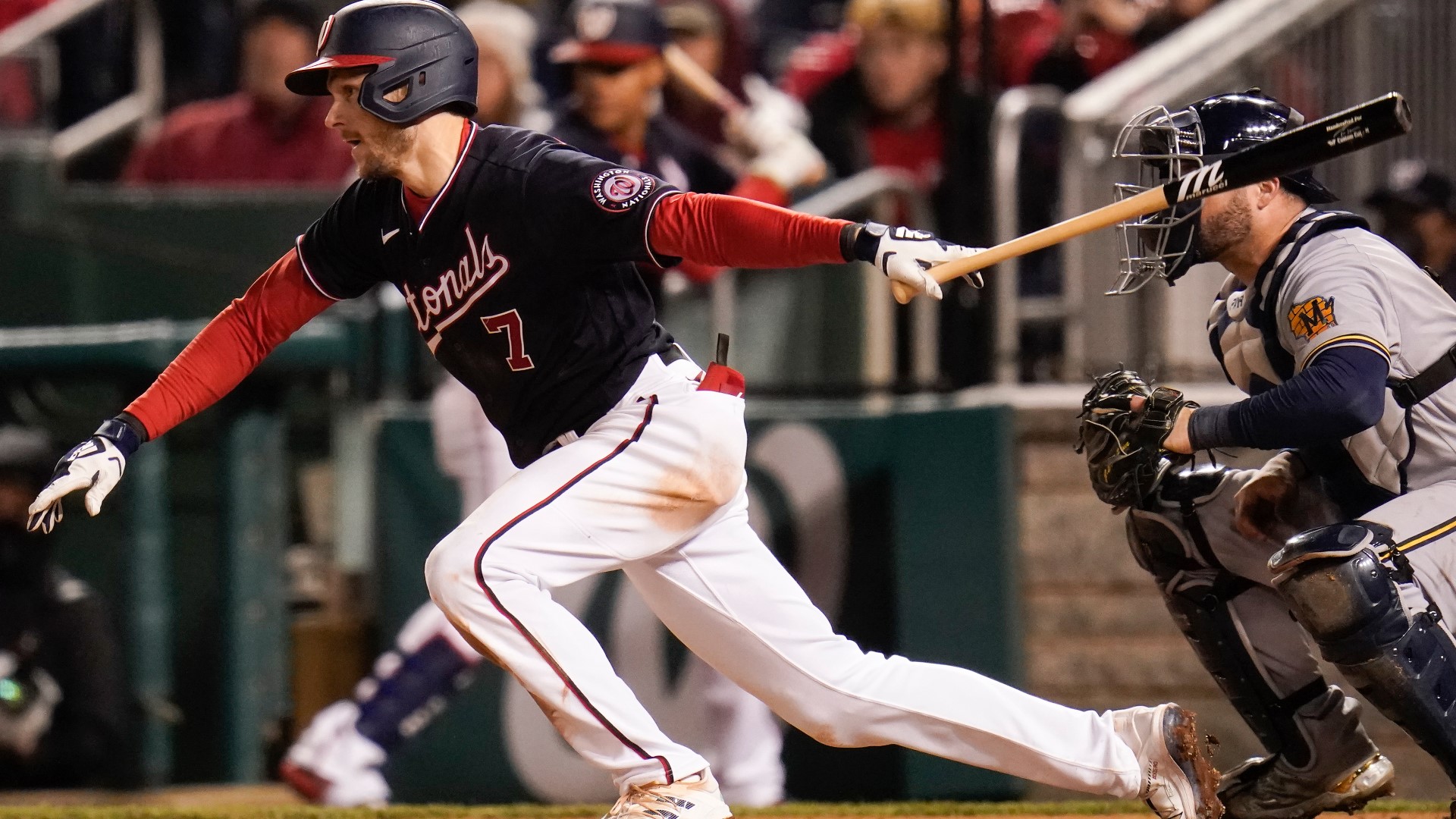 WASHINGTON — Luis Urías went 3 for 3 with two RBIs, including the tiebreaking double in a four-run sixth inning, and the Milwaukee Brewers beat the Washington Nationals 6-2 on Saturday night to sweep a split doubleheader.

Leadoff batter Kolten Wong also had three hits and drove in two runs for the Brewers in the nightcap. Lorenzo Cain was 3 for 3 and scored twice.

Freddy Peralta pitched his first major league complete game in the opener, going all seven innings in a 4-1 victory. Milwaukee (27-25) is two games over .500 for the first time since May 13.

The Nationals dropped to 21-27 and are in last place in the NL East following a three-game losing streak. Washington is 0-5 in seven-inning games this season.

Urías’ single scored Cain to tie the second game at 1 in the fourth. The bottom of the inning was odd.

Yan Gomes singled, then was safe at second on an error by Urías at third base. Josh Bell walked to load the bases, and Milwaukee reliever Brad Boxberger entered to replace uneven starter Brett Anderson.

Trea Turner’s hard grounder went through shortstop Willy Adames and into shallow center field. Cain picked it up, then ran in to make Bell the second out when Bell ran around second and toward third even though Jordy Mercer was standing there. The out in the infield was scored 8 unassisted, and the Nationals took a 2-1 lead when Gomes scored during the chaos.

Ryan Zimmerman, who doubled twice and drove in Washington's first run, flied out with the bases loaded to end the inning.

Milwaukee tied it 2-all in the fifth when Wong’s double drove in Christian Yelich.

The Brewers took the lead in the sixth on Urías’ third hit before breaking the game open. Jackie Bradley Jr. had a sacrifice fly, Wong delivered an RBI single and Adames added a run-scoring double.

Brent Suter (5-3) struck out two in one inning of relief for the win.

Peralta (5-1) allowed four hits in the first game, including Kyle Schwarber’s home run, while striking out seven and walking one. The 24-year-old right-hander made his 33rd start in the big leagues.

Nationals: 2B Luis García slipped while warming up between the second and third innings. He went to the ground right on the edge of the outfield grass by the shortstop position and was helped off the wet field by a trainer and manager Dave Martinez because of a hamstring cramp. García is expected to have an MRI on Sunday. Josh Harrison replaced him.

Milwaukee RHP Brandon Woodruff (3-2, 1.41 ERA) is scheduled to make his 10th start of the season Sunday and first at Nationals Park since the 2019 NL wild-card game. RHP Max Scherzer (4-3, 2.27) pitches for the Nationals.