The 27-year-old Beal leads all other NBA players in scoring this season. 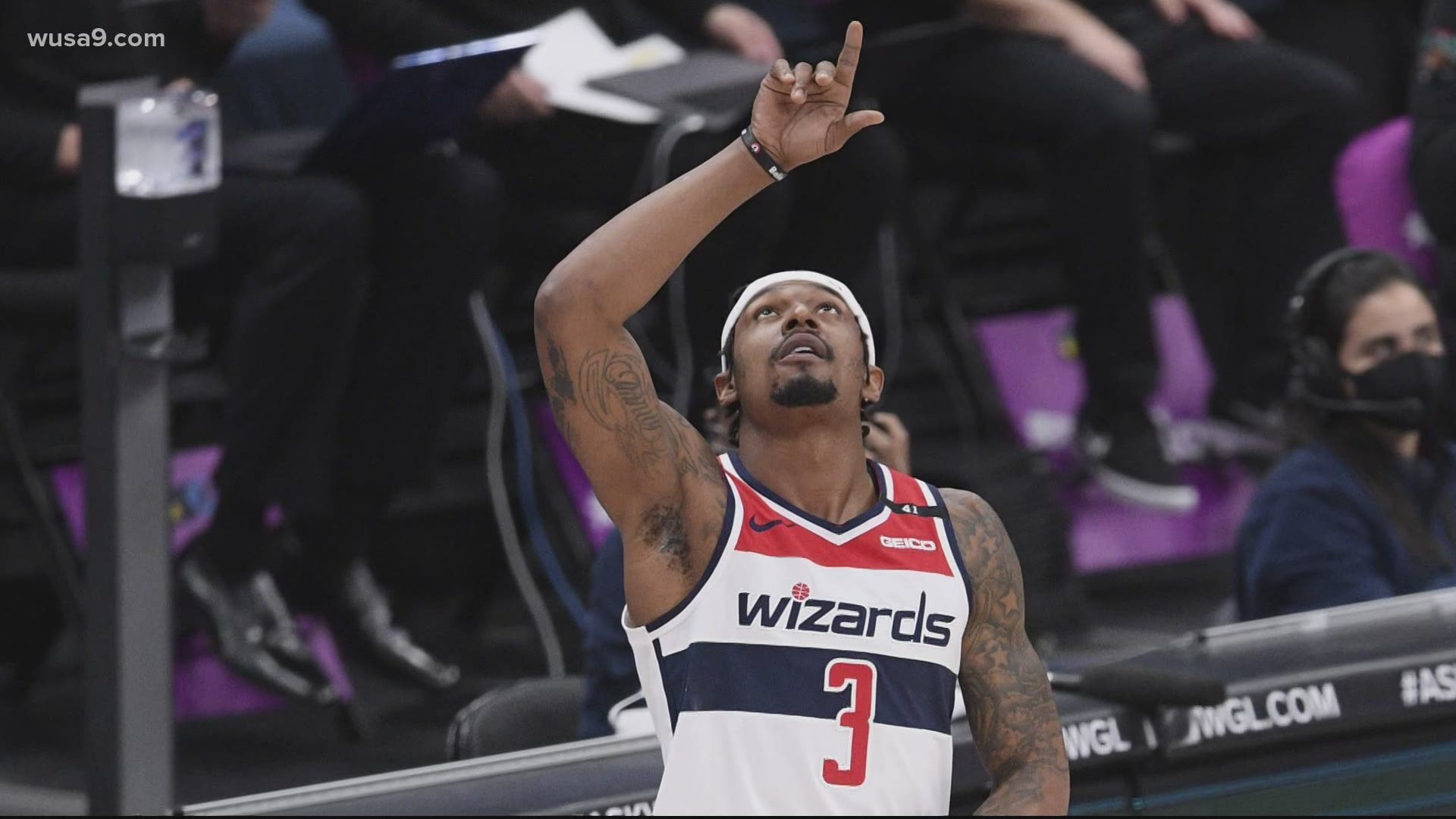 WASHINGTON D.C., DC — Bradley Beal wasn't shy about his feelings on not making the NBA All-Star team last season. He's often said his snub was "disrespectful." But this season Beal is finally getting the respect he's earned.

The 27-year-old Beal leads all other NBA players in scoring this season, and his statistics haven't just earned him a spot in the All-Star Game, they've made him a starter for Team Durant. It's his first All-Star start in his 9-year career.

“It’s super special, it means a lot to me personally to have the respect of fans, my peers, media, coaches around the league, just having the respect of them, and knowing what I was doing this year, and giving me the honor of starting in the game,” said Beal.

The Wizards superstar was the leading All-Star vote-getter among guards with more than 3.4 million fan votes and was on more player and media ballots than any Eastern Conference guard.

The Wizards are also getting their due recognition, entering the All-Star break winning eight of their last eleven games.

“We have our work cut out for us the second half of this year, we have 38 games, so it’ll be tough but the work ethic is there, the focus is there,” said Beal.

The second half of the season starts Wednesday for the Wizards. The Southeast division is tight, with the Wizards standing just three games back of first-place Miami.