The Montreal native was selected by the Washington Football Team in the 3rd round with the 74th overall pick in the NFL Draft. 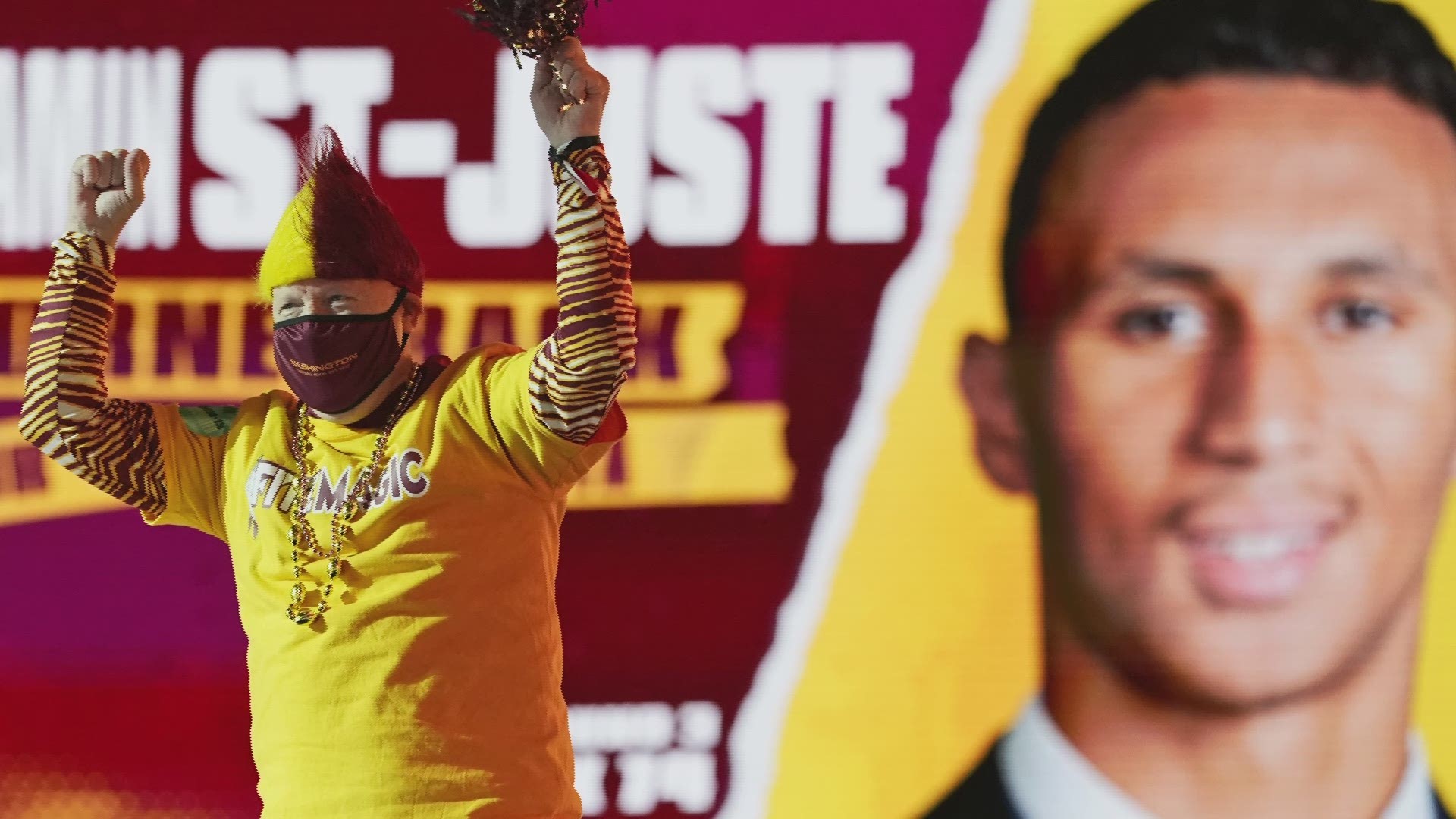 WASHINGTON, D.C., USA — Last week, 259 athletes heard their names called in the NFL Draft, all living out their dreams to take their talents to the next level. One of those is Benjamin St-Juste, a Canadian who will soon travel south to call the DMV.

The Montreal native was selected by the Washington Football Team in the 3rd round with the 74th overall pick in the NFL Draft.

"I had no idea it was going to be Washington. Then Washington called and said 'we still have you on our board, and we just want to let you know that we're going to take you with our next pick.' So that was amazing, and I was just on Cloud 9, because it's a moment you'll remember forever," said St-Just upon learning that he was going to be drafted by Washington.

St-Juste couldn’t go back to his hometown of Montreal, Canada to be with his family for the draft due to COVID restrictions, but he had them on Zoom, so they could celebrate together virtually.

"So I had about 20 people from back home on Zoom. I had my family and close friends, and actually my stream of the Draft was delayed so actually they celebrated before me. I got the call and they celebrated and I had to wait a bit to celebrate, but just in general it was a really good moment," said St-Juste about being able to celebrate with his family.

I will remember this moment forever! pic.twitter.com/65xqGEoMbz

Growing up in Canada, American football wasn’t a priority for most kids, but St- Juste wanted to follow in his dad’s footsteps. His dad played football, and always had a dream of going to the NFL.

"Growing up we were all big on football, and I was like 4 years old when I asked my dad what his favorite sport was and he said football and that he wished he could go to the NFL. So then I decided I want to play football just like my pops," said St-Juste.

In his two seasons playing for Minnesota, St-Juste racked up 59 total tackles as a defensive back, and will now join Kendall Fuller and William Jackson III in Washington’s secondary. He’s a versatile player who looks forward to making an immediate impact.