Keyontae Johnson being released from hospital after collapsing on court

The University of Florida forward and Norfolk native is being released from the hospital just in time for Christmas after he collapsed during a game. 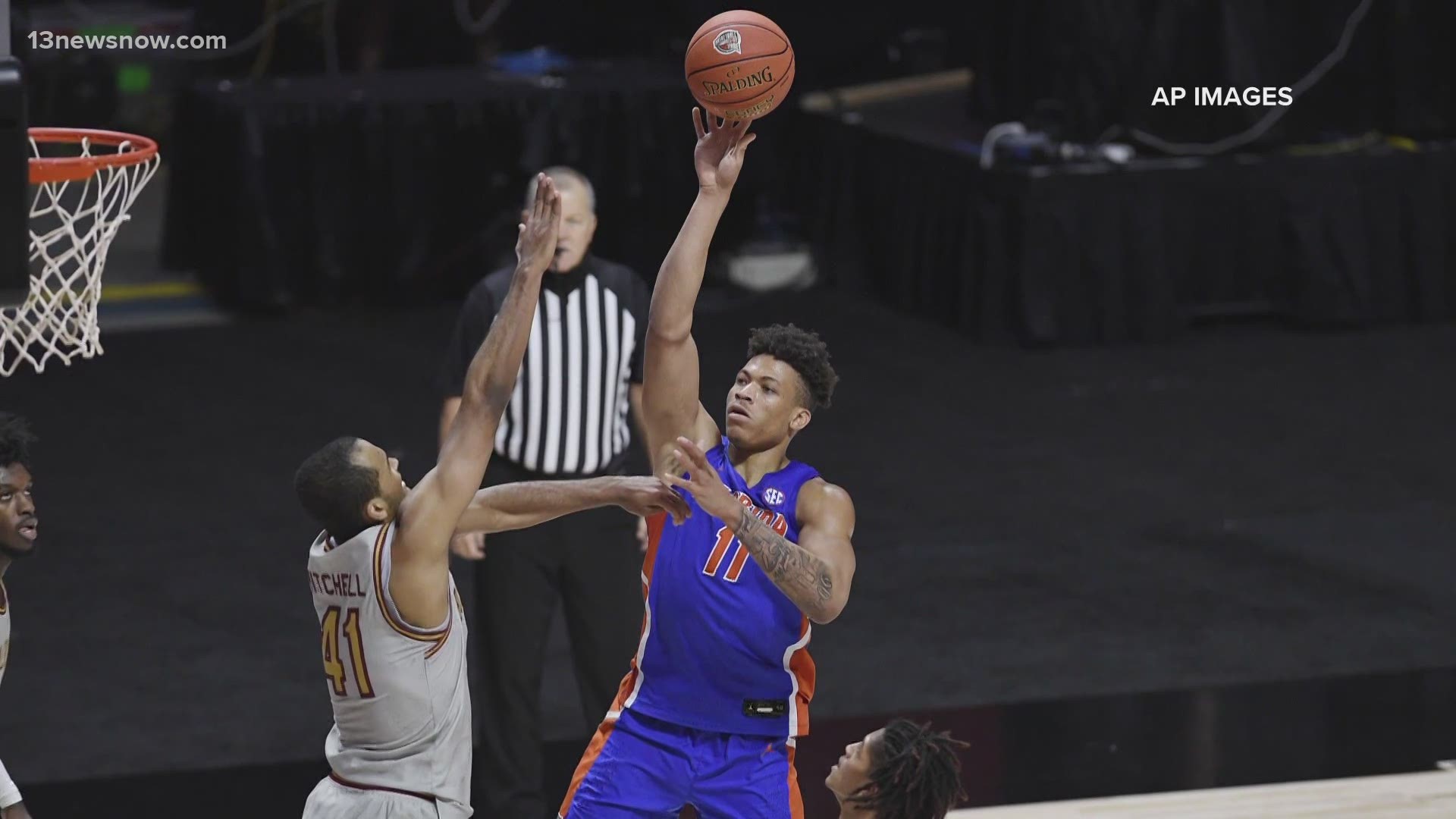 NORFOLK, Va. — Florida Gators forward and Norfolk native Keyontae Johnson is being released from the hospital after he collapsed during a game more than a week ago.

The University of Florida men's basketball player was hospitalized and placed into a medically-induced coma after he fell to the floor during a game at Florida State University on Dec. 12.

The Gators have posted updates on Twitter about Johnson's condition and recovery process since his collapse. Johnson even posted a video message himself on Twitter last week thanking people for their support. His release comes just in time for Christmas.

"Today is a great day! Keyontae is being released from the hospital," reads the statement on the Florida Gators Men's Basketball Twitter account. "We continue to be amazed at the pace of his recovery and look forward to spending Christmas together as a family."

No details have been released about what might have caused Johnson to collapse. His family says "the process to draw definitive conclusions continues."

Florida has postponed its remaining games to give family members and teammates time to regroup and process.