The renderings for the new Barry Farms community bring about questions of whether or not new residents will embrace the iconic tournament. 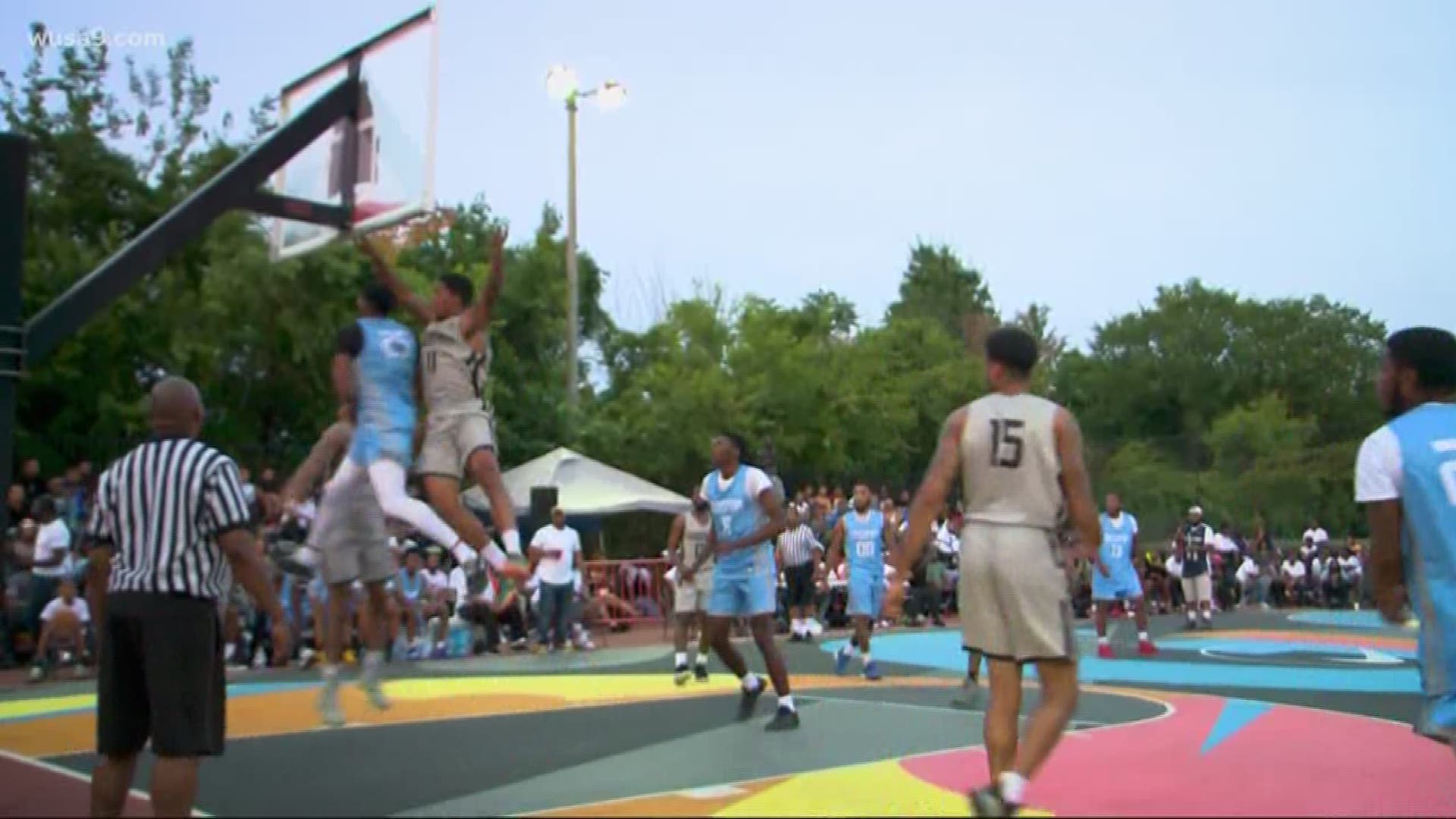 WASHINGTON -- "Stopping the league was never a thought," said Miles Rawls, commissioner of the Goodman League. Rawls has been the league commissioner for over 20 years, but the league has been a staple in the Barry Farms neighborhood since 1975.

Barry Farms was a low-income housing community in Southeast that was literally falling apart. At the beginning of 2018, DC housing started to demolish it. In its place they planned a multi-million dollar renovation: 1,400 units of mixed-income housing and 58 thousand square feet of retail space. But right now Barry Farms is a construction zone devoid of residents. Residents who, for years, sat front row for some of the best basketball in town without having to leave their porches.

"It’s strange without the people on their porch, barbequing on the yard and watching the games like the good old days," said Rawls. "But hey we gotta make do. We’ll make do."

While the increase of violence around the Barry Farms community raised concerns about the future of the league, Rawls says that isn't the biggest problem the league is facing.

"This is the first time, first year that we’re going to play without the houses, without the real tenants living, actually living down here," said Rawls. "A lot of people depend on these games and so do. You never know...if you had a bad day at work or you’re just doing bad, when you come in here it’s a cookout atmosphere and everybody is having a good time."

Whether you support the construction of a new Barry Farms or not, just walking around the construction zone, you’ll notice the renderings for the new community are much more ethnically diverse than the neighborhood is currently.

"The problem that we’re going to run into in a couple of years when they do move the people back in here, is the league," said Rawls. "Councilmember Trayon [White] and them assured me that the league is going to be a part of the new, but you do the math. You move into a new situation. Are you going to want all of this ruckus outside of your door? People parking in your parking spaces. Are you going to want that? I beg to differ. So I think that’s where the trouble lies."