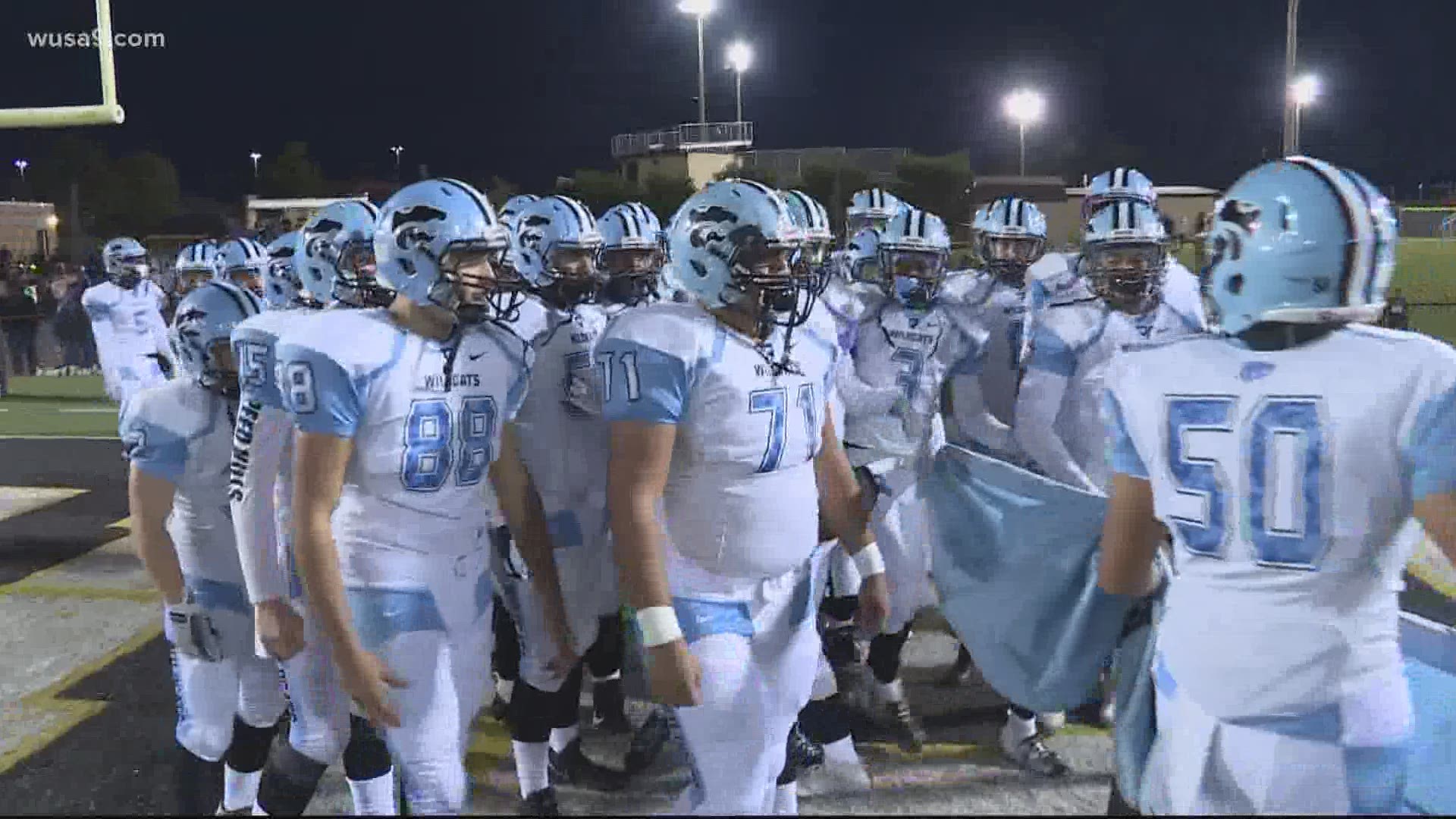 VIRGINIA, USA — Virginia high school sports could be canceled or delayed this coming school year, and student-athletes are worried.

“That would be terrible honestly," senior football player with Riverside High School, Lewe Sessions said. "I’ve played football my whole life. I’ve grown up watching the sport, and it would just be so unfortunate to lose everything you’ve worked so hard for.”

He's most afraid of football being canceled entirely, as the Virginia High School League announced Wednesday that it will not be played in the fall.

Model 3 – Delay all VHSL sports and adopt the Condensed Interscholastic Plan. Leave all sports in the season where they are currently aligned.

Football will not be played in the fall in VA -- the @VHSL_ announced today.

They outlined 3 options w/ potential delays and cancellations for other sports, too.

Hear from athletes, parents, and coaches about what this means for the school year & scholarships on @wusa9 at 11! pic.twitter.com/juEM4wrBEo

Blizzard said the benefits of his son, Austin, having the opportunity to play games outweighs the health risks.

“I think it’s worth the risk of playing the sport," he said. "Even if he did end up getting hit. I think the percentages are in his favor that he will be OK.”

Field hockey is also considered a high-contact, high-risk sport, and is in jeopardy of not being played at all. Senior Loudoun Valley field hockey player, Rachel McFadden, said she wants all sports to have an opportunity to play, and hopes the league delays all seasons.

“I just feel like I’d be missing so much of the high school experience of playing and being part of a team, and supporting your school sort of," she said. "It just feels like that’s a very big part of high school, and it feels like we’ll be missing out on that.”

But, both she and Sessions agreed that they would understand if the league chooses to cancel certain sports for safety reasons.

“As much as I don’t want the season to get canceled, I understand where they’re coming from," Sessions said. "Overall the safety of the people of Virginia is probably more important.”

Loudoun Valley track coaches, Marc and Joan Hunter, have devised a fourth option they hope to present to the board.

"We’re thinking that it would be good to have golf and cross country start as scheduled, because they are the two lowest risk sports I believe that we have," Joan said. "This would do a number of positive things. It would eliminate some of the transportation woes that we have in the fall season, trying to get buses and that sort of thing .… If you have two sports going in the fall, that would spread some of the sports out when the substitute season starts in February of the option 3 plan.”

She said any option that doesn't prioritize spring sports is "unacceptable," since their season was canceled this past school year.

“We thought cross country and golf could serve kind of as the guinea pig or pioneers of coaches and athletes following COVID regulations," Marc said.

He also noted that playing golf in February, which could happen if fall and spring seasons switch or all seasons are delayed, does not make sense due to weather conditions.

The league said it will announce its decision on July 27. 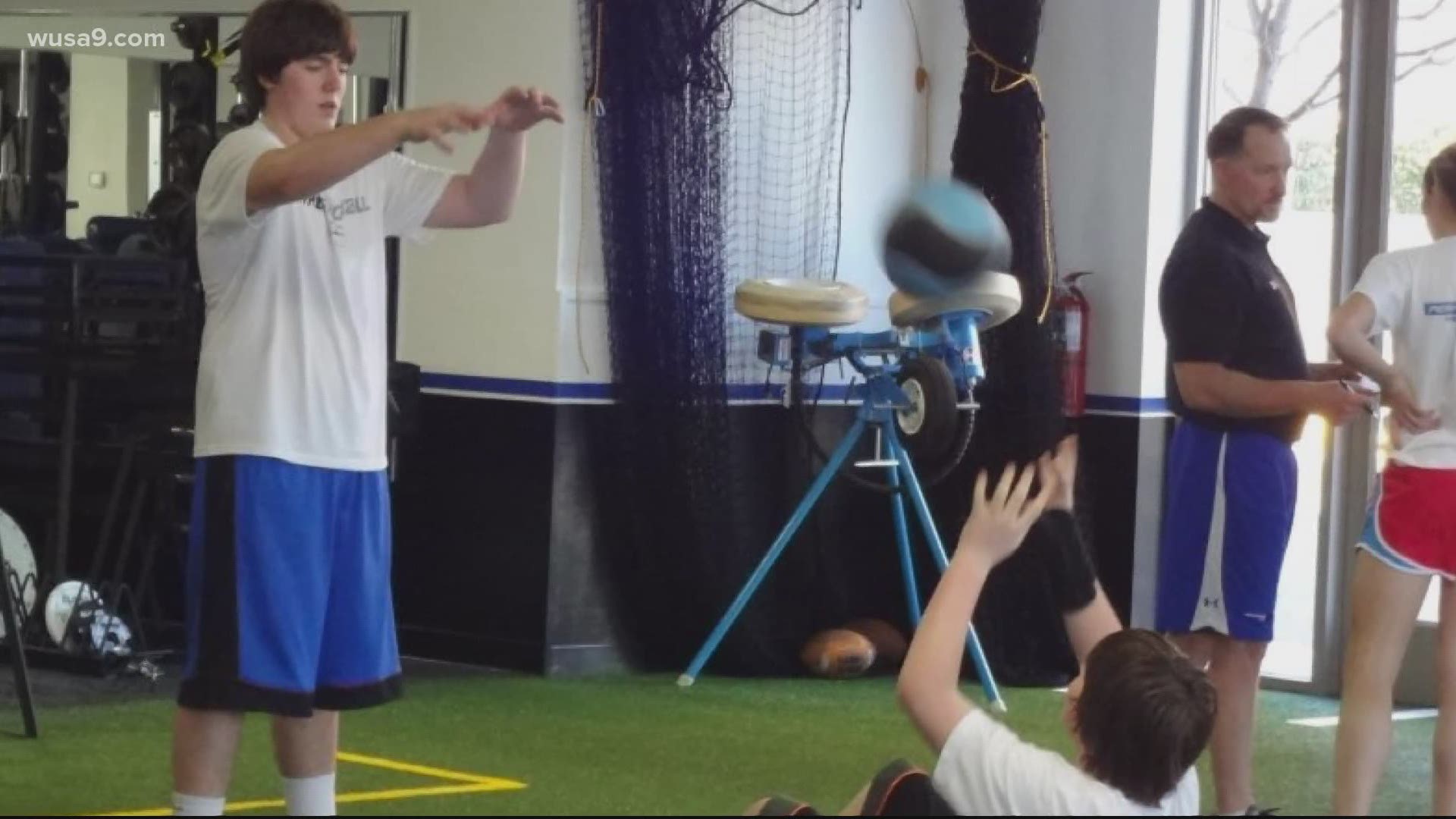 RELATED: 'Everything is a possibility' | High school sports remain in limbo as fall season gets closer