Arthur Ashe was a trailblazer on and off the court, and an inspiration for athletes and the social justice movement of today. 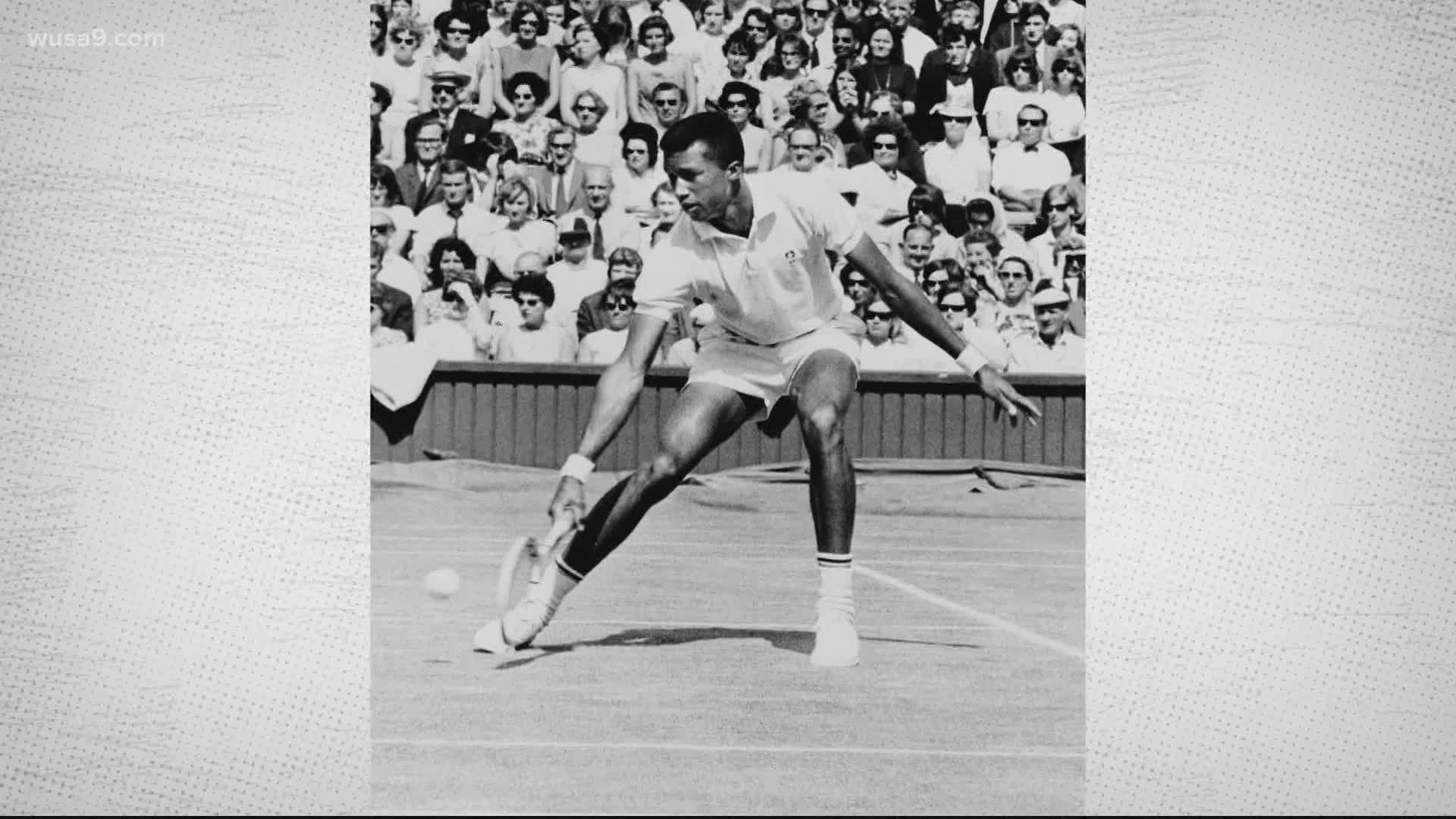 WASHINGTON — It was on September 9, in 1968 that Virginia’s own Arthur Ashe won the US Open, becoming the first Black man to win a Major title. In doing so, he joined Althea Gibson, the first Black person to ever win a Major. She also won the Open, then called the US Championships, in 1957.

Born and raised in Richmond, Arthur started playing at 7 years old, encouraged by his father, who steered him into tennis after forbidding him from playing football, due to the fact the he was skinny. Which I can feel, I, too, suffer from the bird chest--there was no football for young Reese.

A talented youngster, Arthur caught the attention of Althea’s coach, Robert Walter Johnson, who, taking him under his wing, developed his game, but more importantly, instilled in him the drive and steel composure that became his trademark.

These firsts brought him fame and fortune. They also gave him a platform, which he chose to use to advance the causes of racial and social justice.

A naturally quiet man, he had never really spoken out, but seeing the struggles of the civil rights movement and following the death of Dr. Martin Luther King Jr., he found his voice, dedicating it to the cause.

He spoke out against the lack of opportunity for the community in this country and became a fierce opponent of South Africa’s apartheid. He later expanded his advocacy to a host of causes, including gender equity and the fight against AIDS.

I wonder what he would think looking at the world of tennis today. He would see a record number of Black women competing in this year’s Open, including arguably the greatest player in history. He would see players using their platforms to advocate for change. He would hear players invoke his name and memory, while standing on a center court named after him. Flowers blooming on the bush he and Althea planted.

I hope he would proud. In fact, I think he would be.

Did you know Arthur Ashe was the first black male to win a NCAA tennis Championship, the first to win a Grand Slam Title, and the first to represent the US in the Davis Cup? #BlackHistoryMonth https://t.co/B70TRGCJvK via @wusa9 pic.twitter.com/J1zit4pL2b

RELATED: 'I'm not satisfied' | Hyattsville native Frances Tiafoe only American man to reach US Open round of 16

RELATED: Osaka wears mask in memory of Breonna Taylor at US Open