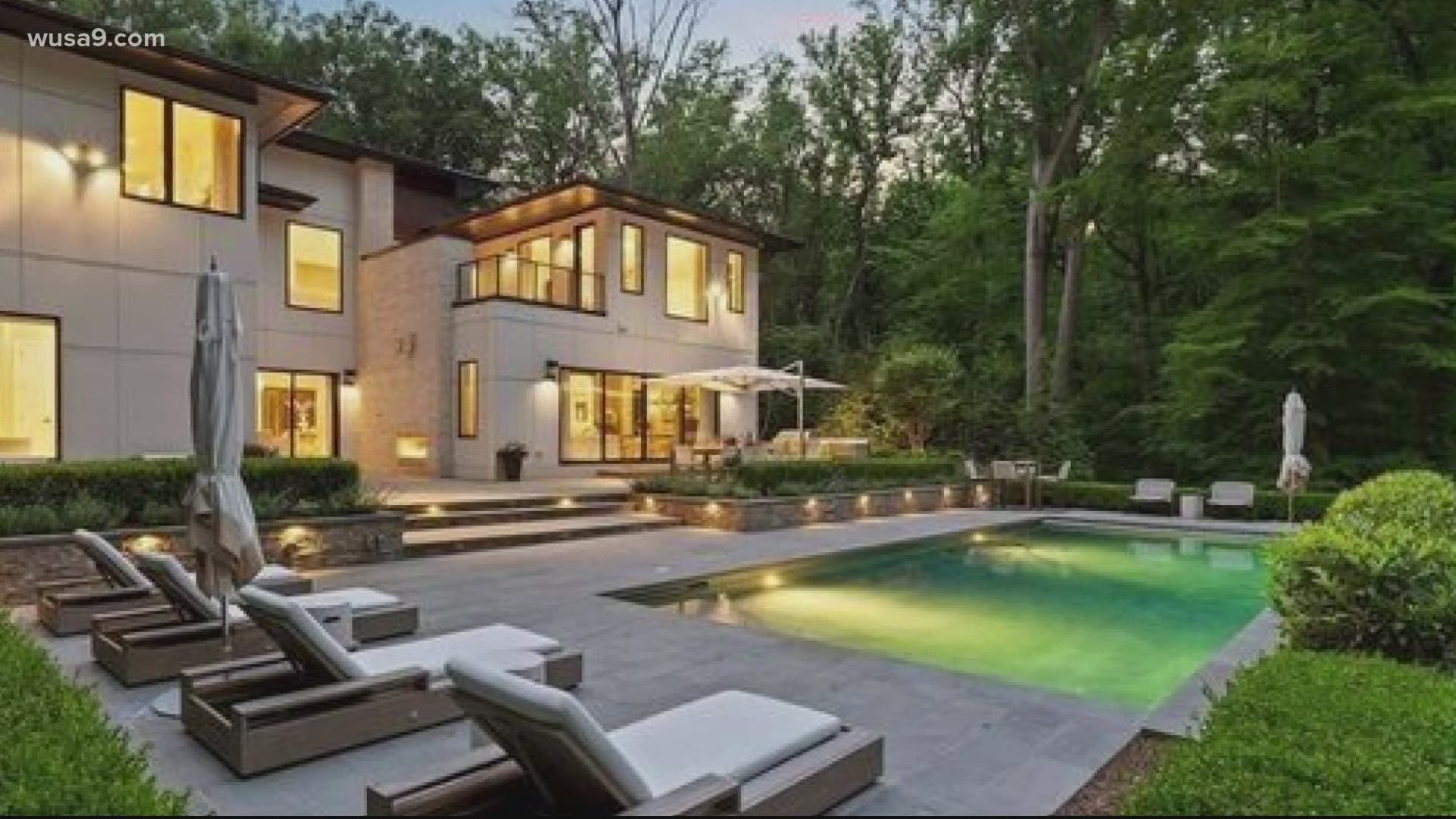 MCLEAN, Va. — Those looking to purchase a celebrity athlete's home in the DMV are finally in luck, though the property up for grabs comes with a hefty price tag.

After announcing his retirement from a 15-year run with the NFL, former Washington Football Team quarterback Alex Smith has now listed his 6,340 square foot mansion for $6.7 million. The McLean, Va. property sits near the Potomac River and George Washington Parkway, and other athlete neighbors include National's pitcher Max Scherzer.

Smith originally purchased the estate for $3.9 million in 2018 after being traded by the Kansas City Chiefs, according to Realtor.com.

The home was previously featured on Geico's "NFL Digital Diaries" when Smith and his family moved in three years ago.

Smith announced his retirement in April after he was released by Washington during this year's offseason.

His departure comes nearly two and half years after he was injured during a game against the Houston Texans and subsequently developed a life-threatening infection that caused him to miss the entirety of the 2019 season.

After returning to play with Washington in 2020, the NFL awarded him with its "Comeback Player of the Year" award. Some sports commentators have labeled Smith's recovery and return as the best in NFL history.