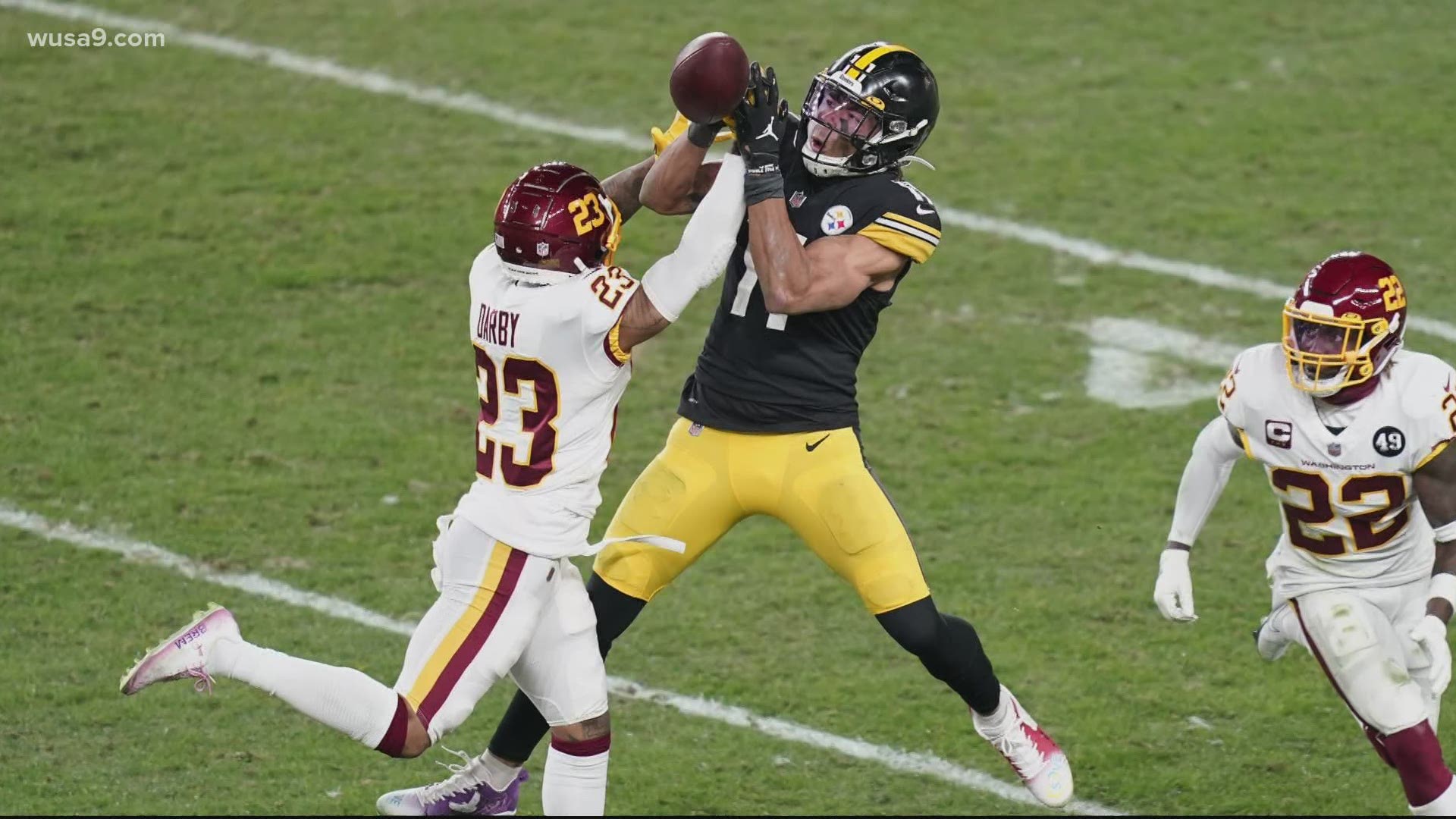 PITTSBURGH — After a few quiet moments, Curt Schilling's jokes engulfed Twitter due to the blood that was seen on Alex Smith's leg during the Washington Football Team's game against the Pittsburgh Steelers on Monday.

Fans and media were first concerned about Smith's leg. But after it was confirmed the blood was from his not surgically repaired leg, social media drew to comparing the blood-stained ankle area to what happened to former Red Sox pitcher Curt Schilling, who iconically played in the 2004 ALCS against the New York Yankees with a bloody sock.

At this time it is not known precisely how Smith's leg got cut up, but it is common for cleats to sometimes cause bleeding if someone is nicked by them.

Here is a look at some of the humourous Tweets:

what in the curt schilling is going on here https://t.co/PVwuEfghAu

I’m gonna tell my kids this was Curt Schilling. https://t.co/gag7iBZ5a9

It’s like the Curt Schilling sock but blood instead of ketchup https://t.co/NGAbfN9I5S

Who’s back of the week?

Alex Smith threw for 296 yards and a touchdown to help Washington beat the Pittsburgh Steelers for the first time since 1991.

Smith has been a success story since returning to play in October for the first time since his horrific 2018 leg injury that required 17 surgeries and four stays in hospitals as part of his recovery and in an effort to help the quarterback play football again.

Project 11 aired in May 2020 on ESPN, documenting how close Smith came to losing his life, while doctors looked to save his leg from being amputated. It also showed how big of a role Alex’s wife played in keeping him motivated through his struggles.