After breaking his leg, Alex Smith out for season, 33 years after Theismann's career-ending injury

Quarterback Colt McCoy came into the game for him. 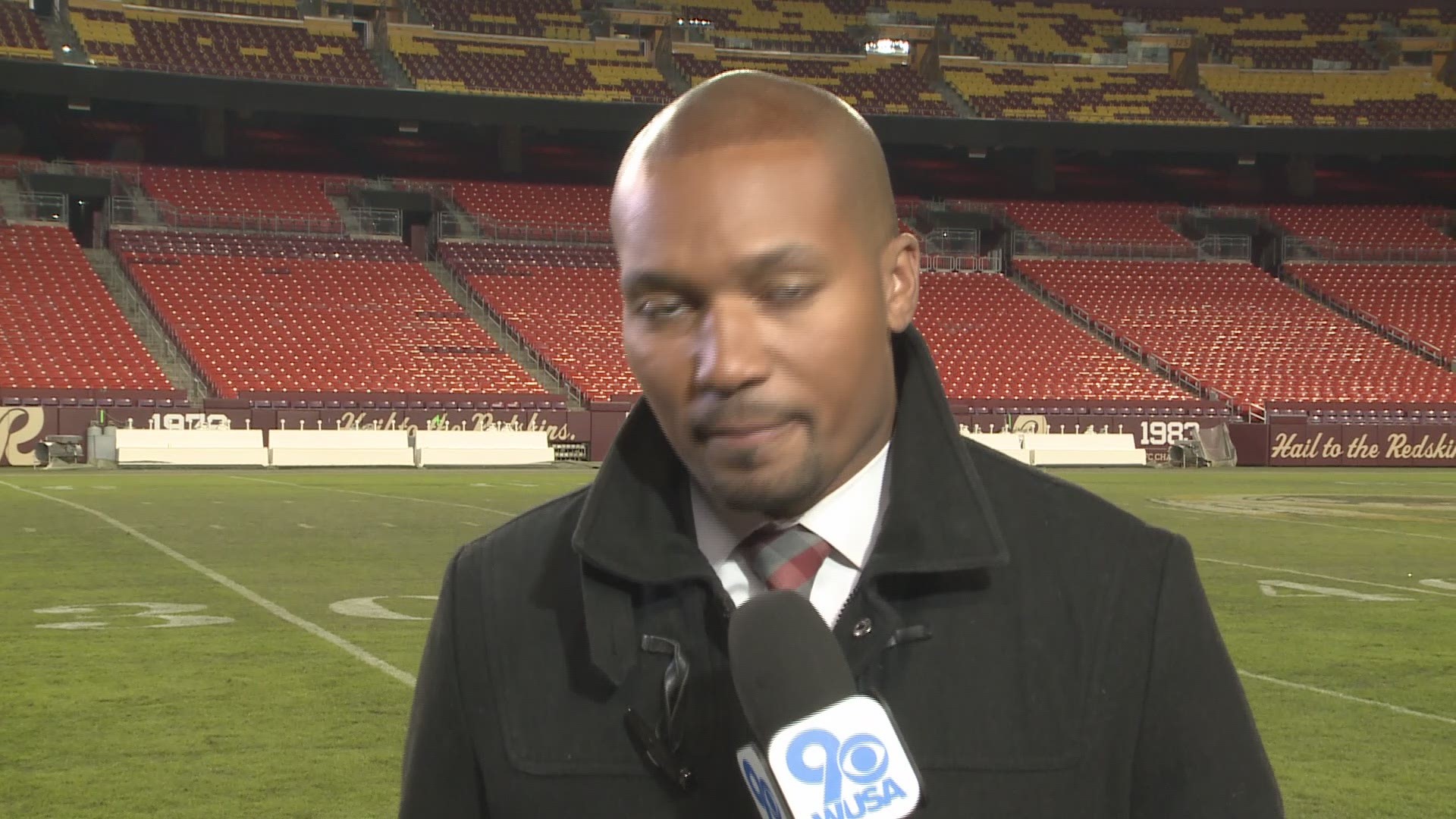 WASHINGTON -- Quarterback Alex Smith was carted off the field during the Redskins game with the Texans after suffering a serious ankle injury.

Head Coach Jay Gruden said on Sunday that Smith has a broken fibula and tibia and will head immediately into surgery.

He missed the rest of the game which was played at home.

#Redskins QB Alex Smith carted off the field with what looks to be a serious leg injury. @wusa9 @WUSA9sports pic.twitter.com/cbCTTgiNoK

Smith's injury is on the thirty-third anniversary to the day of Joe Theismann's career ended injury, when he suffered a comminuted compound fracture of his leg while being sacked by New York Giants linebackers Lawrence Taylor and Harry Carson.

Immediately after the injury, Joe Theismann tweeted that Alex's leg "is exactly like" his after his own brutal injury.

Theismann, who led the Redskins in their Super Bowl XVIII game against Los Angeles (which ended in a loss), was 36 when his career-stopping injury happened at RFK Stadium. Audiences watching the televised Monday night game were shocked when it happened.

Video from the incident shows Giants player Lawrence Taylor immediately getting up and frantically motioning for help for Theismann.

Alex Smith was acquired from the Kansas City Chiefs as a replacement for former starting quarterback Kirk Cousins, who now starts for the Minnesota Vikings. Backup Colt McCoy played the remainder of Sunday’s game against the Texans.

McCoy is now the starting quarterback for the foreseeable future.

While players were devastated about Alex Smith's injury, they're confident that McCoy can fill in.

"That's heartbreaking, truly is heartbreaking," said Josh Norman. "But we got that insurance package in Colt McCoy. I just talked to him, just spoke to him, and guess what? He broke it down, 'you in good hands with me.' So I can take that any day, because I see how the guy prepares."

"We just had to continue to move," said Adrian Peterson. "You know, keep going. I feel like that comes from the confidence that everyone, they have in Colt. Each week he's out there and he's busting his tail. You see him out there, and you would think he's playing Sunday the way he practices."

McCoy feels for his teammate, but he's ready to fill in for Alex Smith.

"You pray for opportunities to get to play," said the Redskins quarterback. "You don't like to see it how it happened today. But for me, I gotta go out there and give it all I got. I've been a starter before, had it taken away, and it's not a good feeling. Kinda battled my way back. Been here for a while now, so hopefully I can go out there and play good ball and help our team win."

The Redskins have a short week, as they visit the Dallas Cowboys on Thanksgiving.

The good news is that in Colt McCoy's last start at Dallas, the Redskins won as McCoy completed 25 of 30 passes for 299 yards in a Monday Night win.