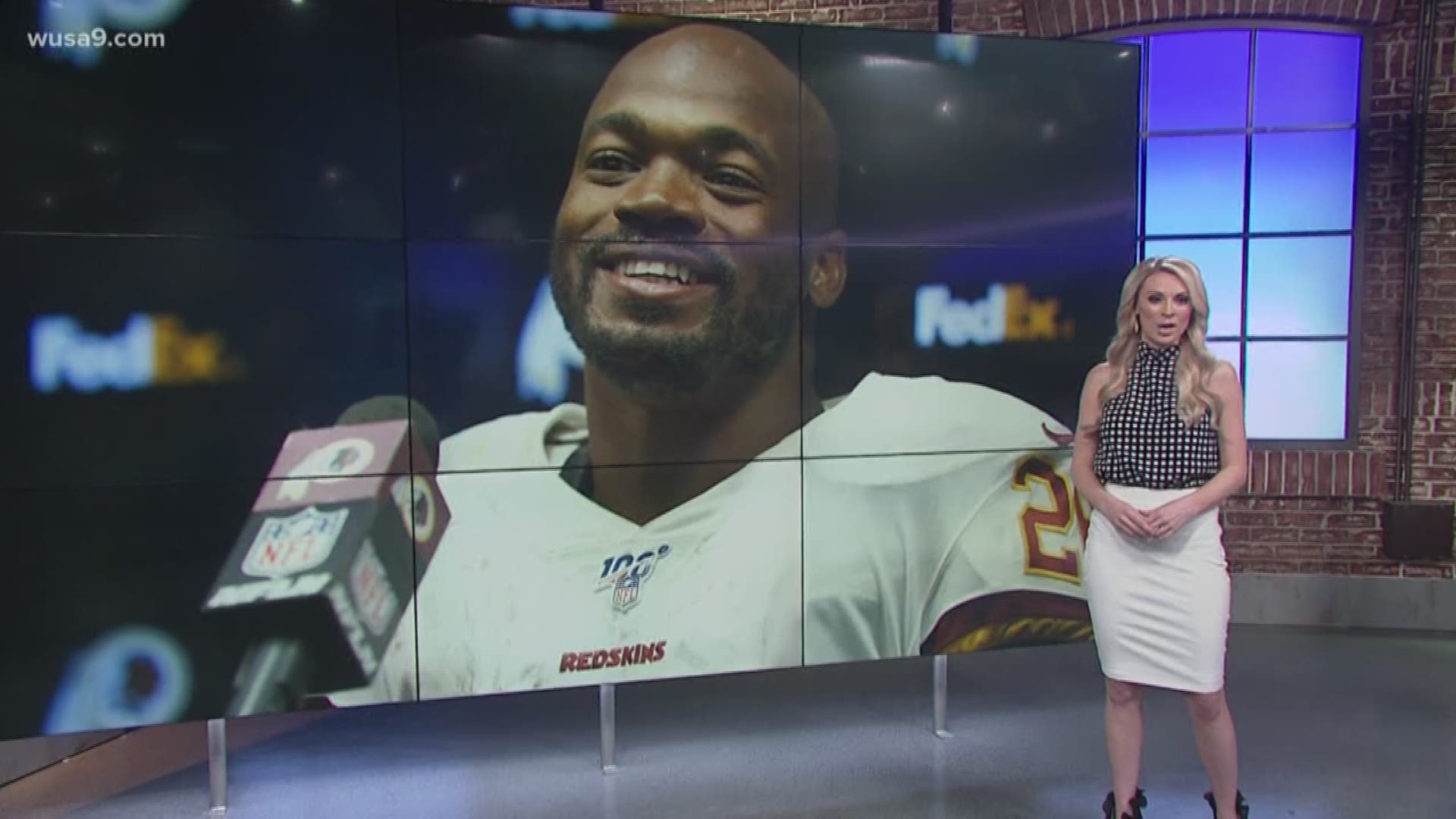 WASHINGTON — Redskins star running back Adrian Peterson blew out the candles on his birthday cake today. Peterson is 35 years young!

The future Hall of Famer celebrated by donating $100,000 to help Coronavirus victims.

Prior to accepting his virtual birthday cake from the Redskins, Peterson took to Twitter to announce that through the Adrian and Ashley Peterson Family Foundation, he and his wife are donating $100,000 to aid and support senior citizens and students impacted by Coronavirus, in his hometown of Houston, Texas. Peterson then encouraged others to pay it forward, and help in this time of need.

"In our efforts to battle the COVID-19 outbreak in our hometown of Houston, we are donating $100,000 to further aid and support senior citizens and students. We encourage everyone who is capable to pay it forward and help those in this critical time of need," said the Adrian and Ashley Family Foundation on its Twitter page.

Adrian Peterson is entering his 14th season in the NFL, and his third with the Redskins. Just last month, the Redskins announced that they were exercising the 2020 club option on Peterson. The running back led the Redskins in carries, rushing yards, and rushing touchdowns in 2019. The seven-time Pro Bowler figures to be an important player as new head coach Ron Rivera tries to reset the Redskins culture.

“Adrian Peterson is the epitome of what it means to be a pro in this league,” said Head Coach Ron Rivera in a statement. “Adrian’s leadership and passion toward the game of football will set an example of what is expected of the players in this program moving forward.”

In addition to his productivity on the field, he also was named the Art Rooney Sportsmanship Award winner at the NFL Honors in February.