Fans will not be permitted at games in the 2020 season due to ongoing COVID-19 concerns. 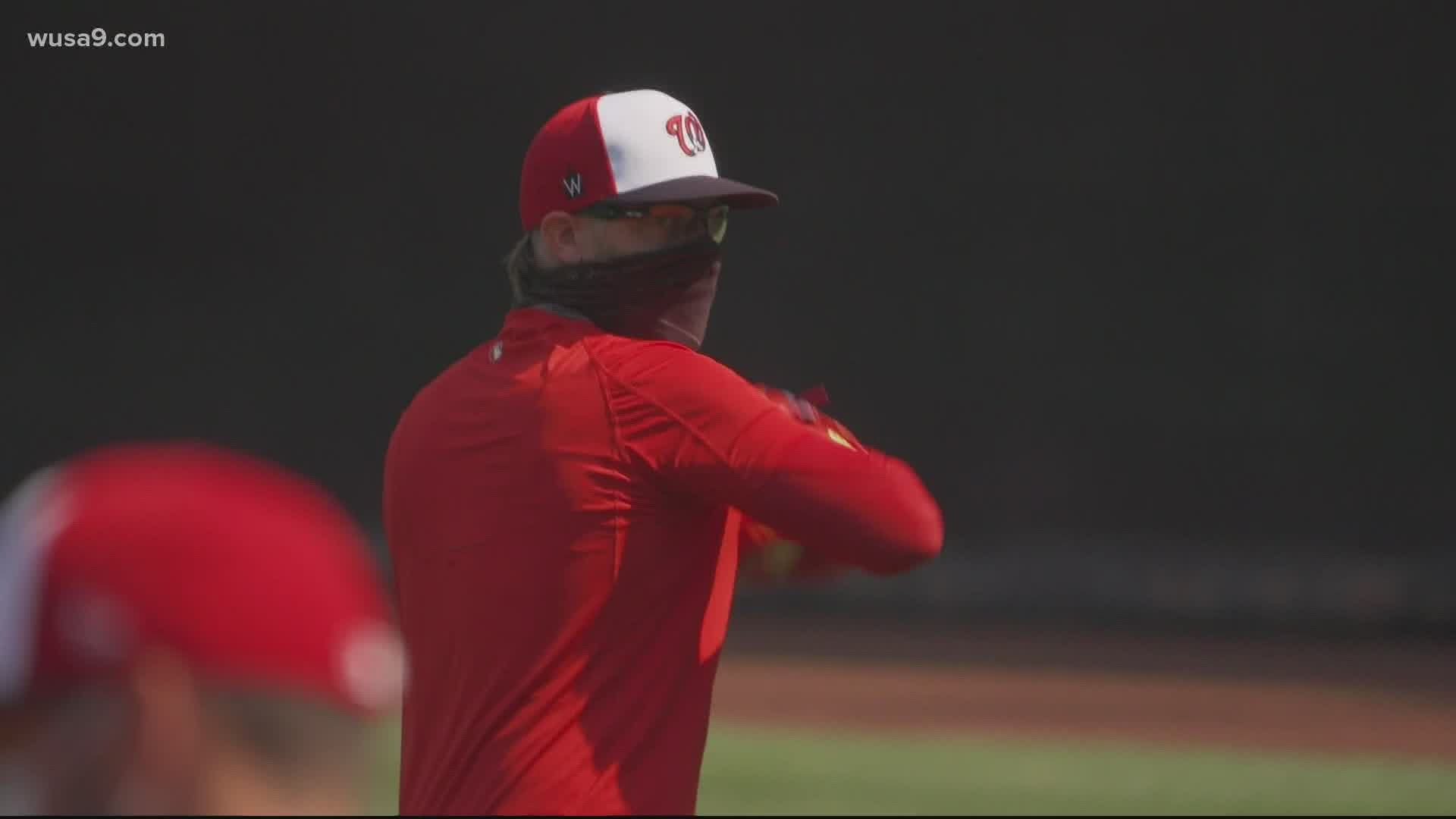 WASHINGTON — Baseball is back in D.C. and the reigning World Series champions just released their schedule for the modified 2020 season. After the MLB delayed the start of the season due to ongoing COVID-19 concerns, the Nationals announced Monday that they would officially open the 2020 season against the Yankees on July 23 at home, marking two consecutive seasons of Opening Day games played at Nationals Park.

A three-game exhibition series -- against Philadephia on July 18 and two games against the Orioles on July 20 and 21 -- will predate the start of the season.

Opening Day against the Yankees will be the first time in the team's history that the Nats will open the season against an American League opponent.

The Nationals will host five homestands -- the longest being seven days -- and take four road trips, including two lasting 10 games. There will no fans permitted to games in the 2020 season.

RELATED: Nats' Ryan Zimmerman and Joe Ross have decided not to participate in 2020 season

Credit: Washington Nationals
The 2020 season will be a shortened 60-game season starting July 23.

"Per MLB’s protocol, all players and staff were tested for COVID-19 on Friday, July 3," Rizzo said. "Seventy-two hours later, we have yet to receive the results of those tests. We cannot have our players and staff work at risk. Therefore, we have canceled our team workout scheduled for this morning."

Two unidentified Nationals players tested positive for COVID-19 during intake testing, and they have not returned to Nats Park since July 1. Several players have also opted out of the season, including Ryan Zimmerman and Joe Ross.

"We will not sacrifice the health and safety of our players, staff and their families," Rizzo said. "Without accurate and timely testing it is simply not safe for us to continue with Summer Camp. Major League Baseball needs to work quickly to resolve issues with their process and their lab. Otherwise, Summer Camp and the 2020 Season are at risk."

The Nats officially began summer training at Nats Park on July 3, as one of 30 training sites across the country. The 2020 MLB season will be the shortest it's had since 1878.

According to the league, 31 MLB players and seven staff members tested positive during the first intake for training, a rate of 1.2%.

“We’re going to do our best to keep everybody safe," coach Davey Martinez said. "We really are. I didn’t spend three months isolated on a farm to come here and get sick, so I want to make sure that I keep myself safe, I keep the coaching staff safe, the players safe, and everybody around me.”

RELATED: Baseball's back, sort of. A look at the first day of the Nationals return as a post-pandemic season begins