With their ruling, the supreme court grants civil rights protections to the LGBTQ community 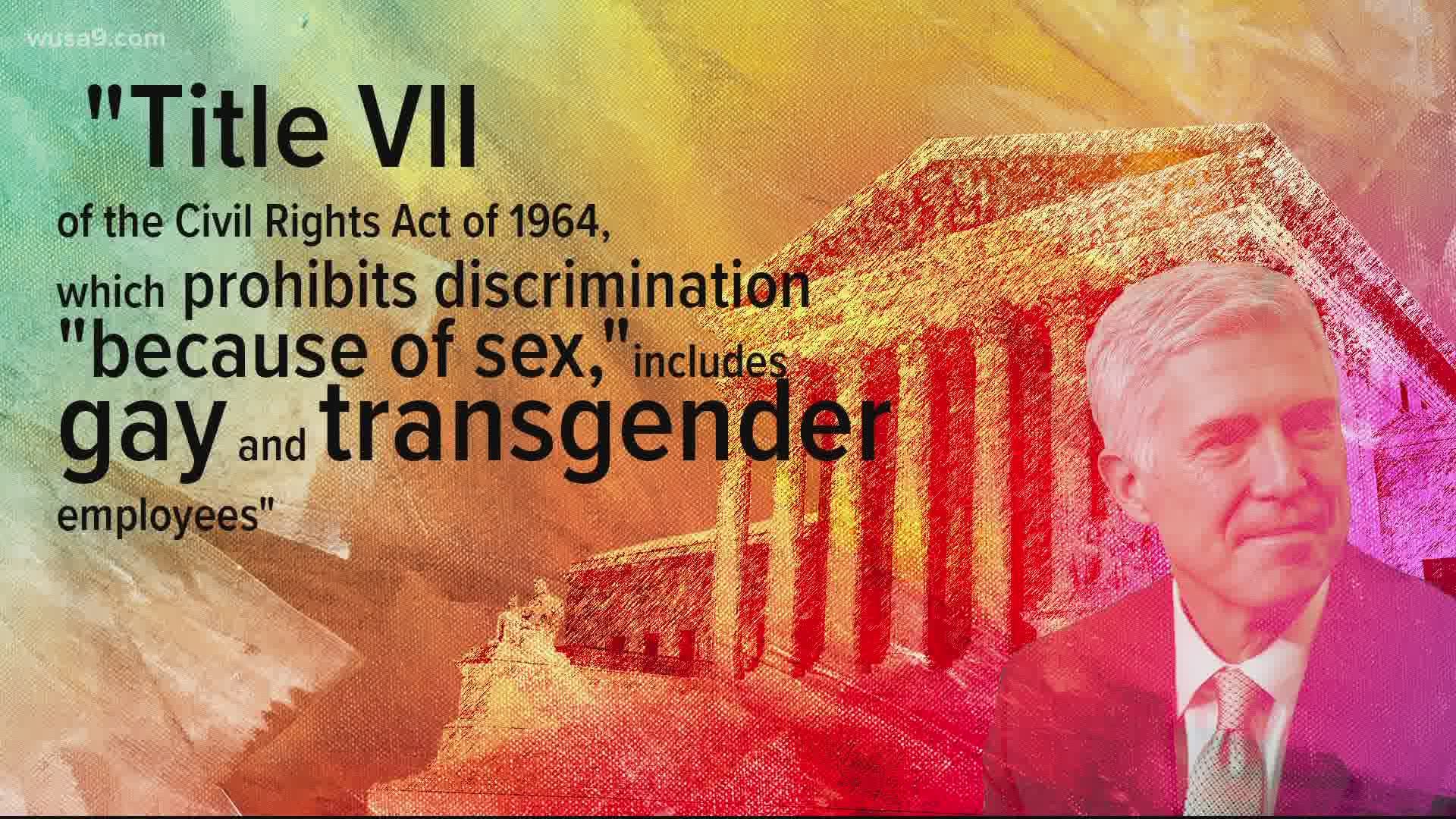 WASHINGTON — A little over seven years ago Gerald Bostock decided he wanted to play a little softball. So, he joined a rec league, a gay rec league.

One of his coworkers found this out. And within months he was fired from his job as an advocate for children in Georgia’s juvenile justice system -- a job where he was very successful. The stated reason? Conduct unbecoming an employee. The real reason? Being a gay man.

He decided to fight in court, believing that he and other gay Americans were protected from this type of discrimination under Title VII of the Civil Rights Act. It took years, but on Monday, the Supreme Court agreed and the case of Bostock v. Clayton County, Ga,. was decided in his favor.

As the ruling written by Justice Neil Gorsuch states, "Title VII of the Civil Rights Act of 1964, which prohibits discrimination, 'because of sex,' includes gay and transgender employees."

I can’t think of a more fitting time for this ruling to be made, coming right in the middle of Pride and just weeks before the anniversary of the Stonewall Riots.

Considering the current ideological makeup of the court, it was a surprise. And, for fair-minded Americans who believe in civil rights, it was a pleasant one. For the rest, an upsetting one.

I heard this one more than once, "Why do they need their own law? What makes them so special?" I’ll tell you why: You. Your intolerance, your inability to see the humanity in others made this a necessity.

Justice Gorsuch wrote that, "Those who adopted the Civil Rights Act might not have anticipated their work would lead to this particular result."

This may be true, but those that fought for it -- marching in the streets and across bridges, staring in the faces of anger while sitting at lunch counters, sometimes even giving their lives -- they knew. They knew that all of us, no matter what community we come from, deserve the same guarantee of life, liberty and the pursuit of happiness.

And this now includes being able to live your life in the open without the fear of losing your livelihood. It also means, you can play softball with whomever you want. Congratulations to the LGBTQ community. Its' been a long time coming, but your change, your protection, is finally here.