Wise: Hit the road Jack, and don't come back -- at least until Ward 2 voters have forgiven you

Jack Evans' last day after 30 years on the D.C. Council is the end of a political era in Washington. 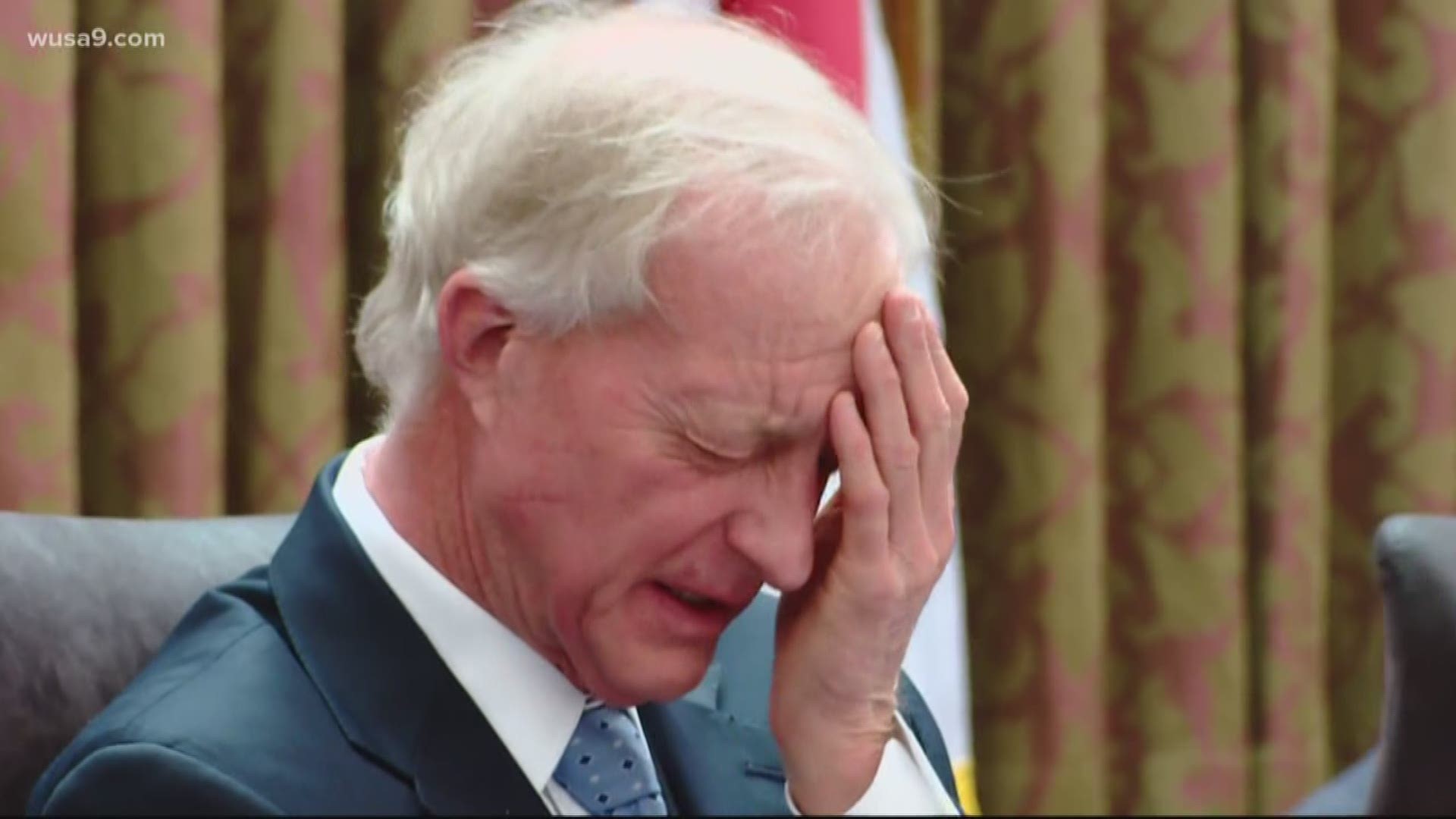 WASHINGTON — He was a titan of D.C. politics, the council member who championed business and helped a fiscally ruined city get out of the red tape and become a premiere American destination again. Jack Evans played many roles and was involved in many a power-play over his three decades as Ward 2 Councilmember.

But now he will most be remembered for the public servant who was more interested in serving himself than the people who voted for him, and kept him in office for nearly 30 years.

After his career teetered on the brink for at least two years amid corruption allegations, Evans' official last day on the job was January 17 – two weeks after announcing his resignation.

The beginning of the end for Evans came in 2016, when the Washington Post revealed Evans' work in helping create the $6.8 billion merger of Pepco and Exelon. Endorsing the merger through his law firm was deemed an ethics violation by the council, and Evans played a small role in the creation of the largest publicly held utility in the country.

In January 2018, Evans was caught pitching a prestigious law firm his consulting talents, essentially saying they should employ him because, as an elected official and chairman of the Washington Metropolitan Area Transit Authority, he could engage in "cross-marketing my relationships and influence to Nelson Mullins clients."

Sometime in the past decade, the pattern became familiar.

Multiple large corporations and law firms representing them, who wanted to do business in the District and might have needed a tax break or pro bono lobbying, found a friend in Evans. As the investigations began to pile up like hotcakes at a campaign breakfast, Evans developed a long email trail of offering his connections and influence -- basically the reservoir of goodwill he had built up as the city’s longest-serving lawmaker.

Last June, everything began to crumble around the councilmember.

The FBI raided his Georgetown home at 6 a.m. in the morning, a day after a confidential memo made public alleged that Evans "knowingly" violated ethics rules to benefit his friends and clients instead of serving the interests of Metro.

He had already stepped down as chairman of WMATA after the memo was released, but now he wasn't just part of a city council investigation; he was now the subject of a federal grand jury investigation into his relationships with clients. He continued to fight the perception he was just another crooked politician, asking for due process, saying he could explain everything.

His peers on the council, including his closest ally -- council chairman Phil Mendelson  -- begged him to resign and save the city and the council further embarrassment.

Evans became even more defiant. After the council's report said he violated ethics rules 11 times in early November, he released his own 42-page response, in which his lawyers shot down the findings and said nothing he did was either intentional or malicious.

By then, most of his actions and words could have been summed up with, "Thou Doth Protest Too Much."

Finally, last Dec. 3, the council voted 12-0 to recommend his expulsion -- the first time in District history lawmakers had moved to eject one of their own.

On Jan. 7, three days ahead of the actual vote to kick him out, Evans resigned, essentially putting in his two weeks after three decades serving Ward 2 and the city.

For a man who originally campaigned on the platform of refusing to let big business rule D.C., it was a sudden and ironic end.

When he first won the vacant seat for Ward 2 in 1991, D.C. was battling awful crime, failing schools, was nearly bankrupt and was losing residents by the thousands. Evans helped fix that.

One of the more conservative members of the council for a Democrat, he was also one of the first local politicians to reach out to the gay community when it was politically unpopular.

Evans is also one of the reasons baseball returned to Washington. He was adamant that D.C. was seen a great sports town, and one of his last acts as a councilmember involved failed negotiations to lure Washington’s NFL team back to D.C. with the construction of a multi-billion dollar new stadium at the old RFK site.

But he was also a pain in the rear to liberal activists who wanted to increase spending on social services and raise taxes to expand government programs. In recent years, he voted to give Internet sales tax revenue to lower commercial properties instead of funding homeless services.

A smattering of talk around town is saying that Evans isn’t done, that, technically, he is eligible to not only run for his vacant Ward 2 seat in a special election but also in the next general election. And Lord knows there is no such thing as a politically dead D.C. politician.

One of his fellow councilmembers, former mayor Vincent Gray, overcame a campaign finance scandal that cost him the 2014 Democratic mayoral primary to Muriel Bowser before returning to win the Ward 7 council seat in 2017.

In the nation’s most famous comeback of any local politico, Marion Barry was re-elected as the District’s mayor in 1994 -- four years after he was caught smoking crack cocaine on videotape by the F.B.I., for which he served six months in federal prison.

Yet Barry was 58 years old when he decided to run again. Evans is 66. And as Mendelson said recently, “I don’t think Jack understands that the voters are probably not ready to forgive him just yet. My advice is he goes and gets a good job with a law firm and forgets politics for a while.”

On his last day at the Wilson Building, Jack Evans meant many things to many different constituents and peers the past 30 years. One thing he was not the past three decades: out of a job.