"I am so sick and tired of politics. I'm out," Kyle McDaniel said. 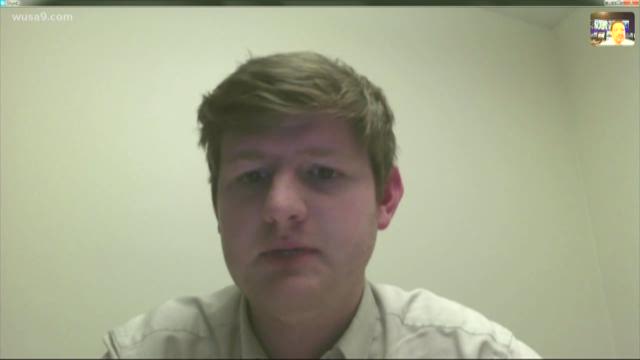 A rising star in Northern Virginia’s Republican party says he’s done with the GOP after a reported comment by the president.

“I am so sick and tired of politics. I’m out,” Kyle McDaniel said via Skype Wednesday.

The 28-year-old started volunteering with the party as a teenager. But he said the party has taken a turn “down a different path” and it isn’t the party it used to be when he first got involved 10 years ago.

He told WUSA9 the difference between then and now is a stronger overtone of racial, ethnic and religious hostility.

“There’s a hostility towards things that are different. I think that’s grown from just a few to a large portion, if not an outright majority of party members, unfortunately,” McDaniel said.

When asked how this all started, he responded, “It absolutely started under the Trump rise.”

The president has denied using that word, but McDaniel said that’s not the point, anyway.

“Candidly, the exact wording is irrelevant. The sentiment is Haitians are from a third-world country and therefore do not deserve or should not be given a chance to be American,” McDaniel said. “I just fundamentally disagree with that.”

He called that belief “anti-conservative.”

McDaniel blamed a new set of people who’ve joined the Republican party over the last decade or so.

“They brought in different values and different belief systems that not only is not conservative, but I would argue is hostile to the traditional conservative principles that a lot of people, including myself, became Republicans for.”

Since then, McDaniel said he’s been hearing from Republicans who agree with him—privately.

“They’re saying, ‘I agree with you, this is a big problem.’ And my reaction has been, well, speak up! It’s very uncomfortable to have these conversations, but it’s gotta be done,” McDaniel exclaimed.

The real estate agent in Alexandria now considers himself an Independent. But he’s done with politics.

“I’m looking forward to having 20 hours a week in my life back.”