Men in prison who have kids waiting for them back home can now continue their fatherly duties from behind bars thanks to 'Hope House.' 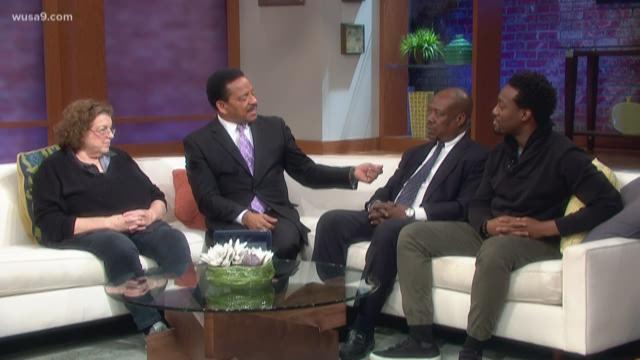 Hope House allows for fathers behind bars to continue a relationship with their children.

Founder, Carol Fennley, began Hope House in 1998 after the Baltimore Sun reported in 1997 that Washington, D.C. had an incarceration rate that's four times the national average.

Shortly after, Congress decided to turn over Lorton Reformatory--a large prison complex--to Fairfax County. The closure forced its 8,000 inmates to be relocated to different prisons around the country.

Irn Williams and his son Jonathan Williams were one of the families that Hope House helped stay together.

Irn said he didn’t realize the importance of it all until his son’s 13th birthday.

“My son... chose rather to come and spend the week with me than just being uncoerced to have a party or go anywhere else. He really wanted to be with his father more so than anything else, and from that point on I realized that it was important to stay in contact with him. It was important to keep encouraging him,” said Irn.

Hope House gave Irn the opportunity to continue to have influence in his son’s life.

“Well, I always told my son one thing in particular... that even though you can’t follow my example you can learn from my mistakes,” said Irn.

Jonathan revealed the major difference between visiting his father in prison and seeing him through Hope House.

“I had the experience where we had to talk through the glass and talk through the phone. Then, the transition from that to being able to sit down at a table with him and hold hands and really talk, touch, and hug, and things of that nature was a night and day difference," recalled Jonathan. "I mean, the Hope House program was a tremendous influence and it really helped to keep our relationship strong while he was incarcerated."

Through Hope House, fathers can stay connected to their children through online visits. Dads can also record messages and bedtime stories for their kids to listen to later, and some kids can participate in week-long camps behind bars.

Since launching 20 years ago, Hope House has expanded to 16 state and federal prisons and the FBI has created new programs based on Hope House’s models.