The Black Lives Matter movement seems to really matter now, not so much just a few years ago. 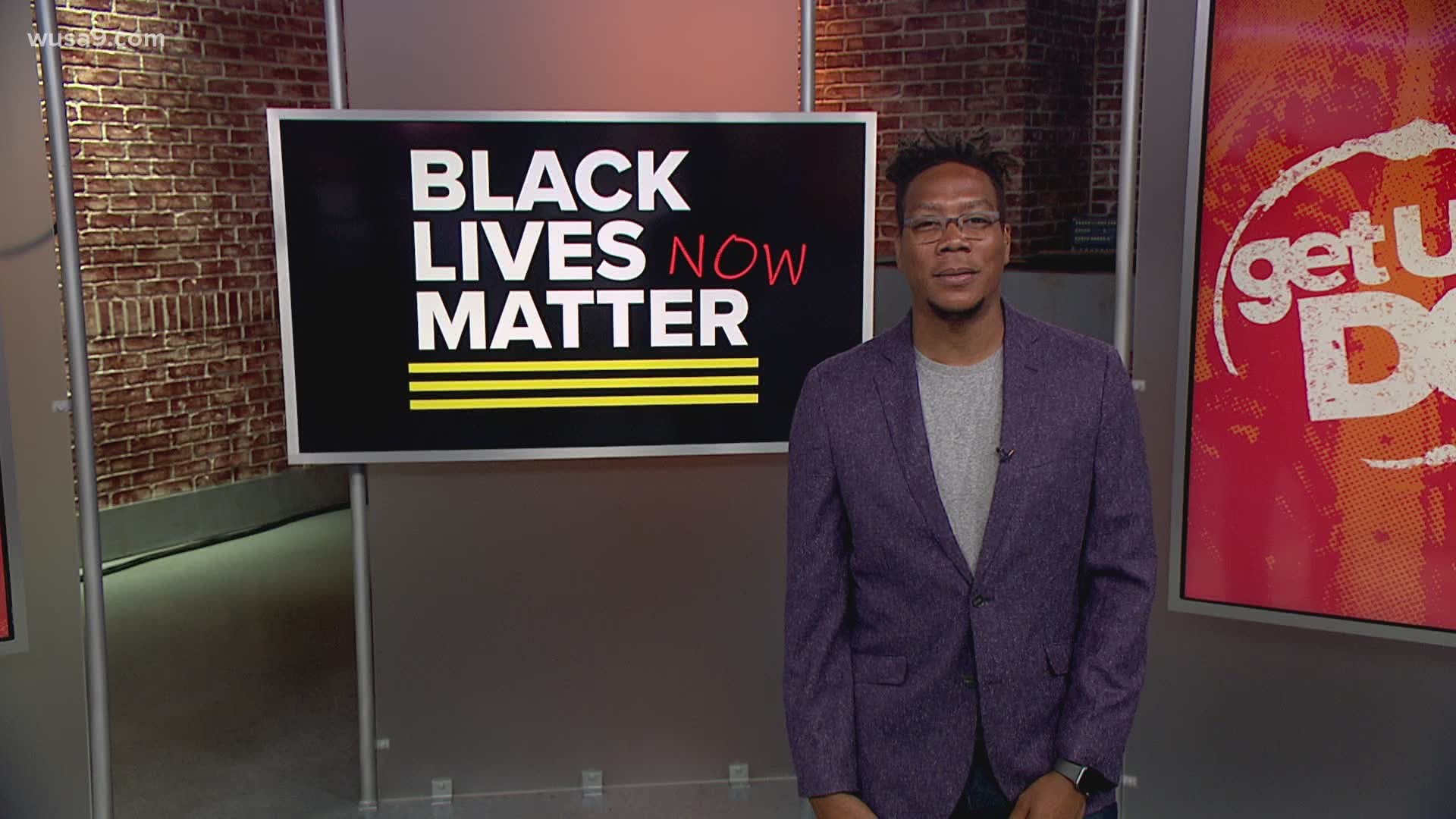 WASHINGTON — I've learned a little something these last few weeks. Want to know what it is? BLACK LIVES NOW MATTER to seemingly every organization in America.

From the sports world to Hollywood, corporate America to Congress, everybody is on board, and all it took to get here was the biggest civil rights protest in the history of this nation, if not the world. Not to be misunderstood, I'm happy that everyone seems to have caught up, but the cynic in me keeps asking: Is this genuine, and why now?

Founded by Alicia Garza, Patrisse Cullors, and Opal Tometi with the intention of connecting disenfranchised Black communities here and worldwide, the Black Lives Matter movement has existed for a little over six years now, and the response for most of that time was less than positive. The phrase alone seemed to be enough to cause hurt feelings, bringing about the immediate responses of "All Lives Matter" and "Blue Lives Matter," as if there was ever any doubt or question about those ideas.

But now, an apparent shifting in consciousness has seen heads of sports leagues suddenly take up the cause. We've seen celebrities on video attempting to take responsibility. We've read the messages of support from the different corporations. We've seen symbols of a supposed heritage coming down, and we watched congressional leaders take a knee. All saying: Black Lives Matter.

I, for one, am glad people have seemed to catch up with this idea and these ideals. But the power, or that corporate statement denouncing injustice, or posting that black box on Instagram isn't what it would've been six years ago, or even three years ago, or even one year ago.

There was a time when just a statement validating the cause of Black Lives Matter would've meant so much. Back when football players were being called SOBs and basketball players told to "Shut up and dribble," when activists were being scolded on the right ways to protest, then demonized and threatened merely for asserting their right to live. But that time is gone. We don't need statements anymore. We don't need validation any more. We need change.

I certainly hope so. And I'm really glad you've joined us. But we can’t just talk about it any more. We've done that. It's time to be about it.

RELATED: The man who designed the street sign for Black Lives Matter Plaza

RELATED: Updates: Protests against police brutality and social injustice continue across the DC area on Sunday