Here's a look back at the significant diversity and equality stories that happened in 2019 throughout DC, Maryland and Virginia. 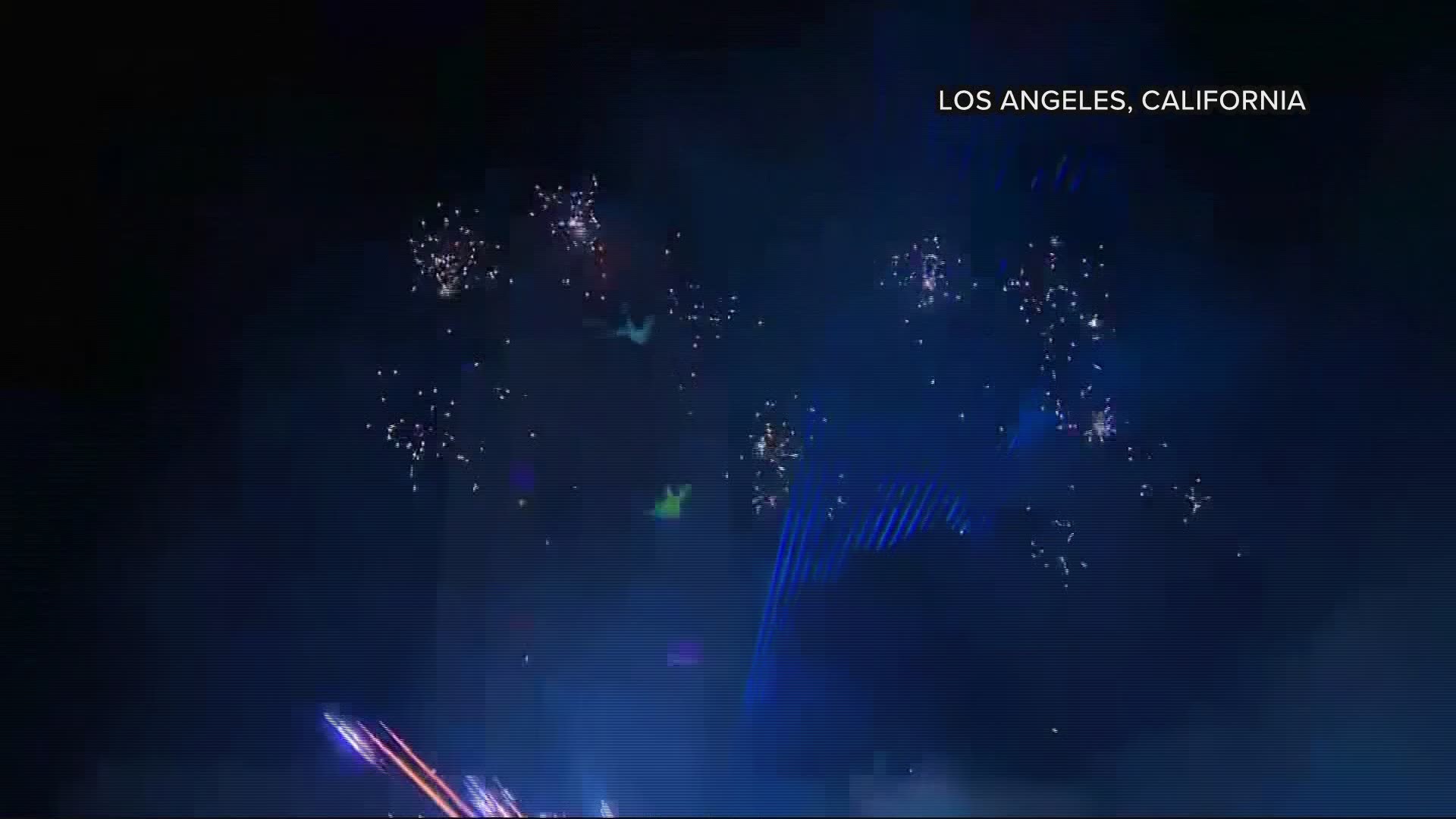 WASHINGTON — As 2019 comes to a close, we're taking a look back on some of the most significant diversity and equality stories that happened in the DMV throughout the year. While some are worth noting on their own, others are indicative of trends that will continue, or be implemented, in 2020.

From Howard County getting their first female Chief of Police and Chief of Fire, the CROWN Act -- a bill that makes it illegal to discriminate against an employee's natural hair -- and thousands taking to the streets of D.C. for the #DontMuteDC go-go protest, here are the top read stories on WUSA9.com.

Xander Martin is a lot like any other 10-year-old. The Bowie native likes to read, play with animals and climb fences. But this pre-teen is also non-binary, meaning Xander doesn't identify as either a boy or a girl.

Xander, along with mom Rachael, created the brand new "Bowie Area NonBinary and Transgender Youth Alliance." Once a month, young people who are going through similar situations can meet to discuss their experiences.

2. 'We are some powerful women' | Meet the 4 female leaders of Maryland's National Guard

Nationwide, it's rare to find a woman in the top job in a state's national guard. But in Maryland, they've gone a step further, with women in ALL four of the top leadership roles.

All four of the women said they were inspired by each other and were able to elevate to their positions, due to the support of other female Guard members.

RELATED: 'We are some powerful women,' Meet the 4 female leaders of Maryland's National Guard

The CROWN (Creating a Respectful and Open World for Natural hair) Act in Montgomery County is one step closer to becoming law, which would make Montgomery County the first local municipality to pass this legislation.

The bill, called the CROWN Act, would make it illegal to discriminate against employees based on their natural hair, such as braids, locks, and Afros.

When the CROWN Act becomes law and discrimination is found, victims would receive up to a $5,000 payment.

"The CROWN Act is going to protect any resident who decides, and many of them do, to have their hair worn in a natural state," Maryland County Council member Will Jawando, one of the bill's sponsors, said.

Among a sea of people, the music at the heart of Shaw, and the city, took center stage. Back in May, thousands of people packed the intersection of U and 14th Streets, an intersection of African-American heritage and 21st-century gentrification, put into sharper focus through a single noise complaint.

A complaint from a high-end condo seven blocks from the protest stopped a cell phone store from playing go-go music. What the complainant likely didn’t realize, is that the MetroPCS at Georgia and Florida Avenues had played go-go music with its loudspeakers for 24 years — making it a neighborhood institution.

After neighborhood outrage, the music that was put on mute returned. The hashtags #DontMuteDC and #Moechella quickly started trending on Twitter.

RELATED: 'Bigger than the music. It's about change' | #DontMuteDC rallies for halfway house in DC

A Maryland marching band made history at the 2019 Macy's Thanksgiving Day Parade in New York City.

Morgan State University (MSU) is the first Historically Black College and University (HBCU) from Maryland to perform in the parade’s history.

Morgan’s band was one of 11 bands chosen to march in the parade, but it is the first and only HBCU band from Maryland to ever be invited to perform in the parade’s 95-year history.

6. At 10, she dreamed of a DC monument for women in World War II. Now at 17, Congress is listening

Raya Kenney, 17, was just 10-years-old when she had the idea. She wanted to create a monument, honoring the women on the home-front. Now she has a Congressional audience.

With her newly-found mission formed, Kenney pulled out the art supplies and got to work. She designed a V-shaped memorial, with 20 pillars, she envisioned as Granite.

"I just think that they deserve recognition," she said. "And I was so taken aback that there were so many of them, and we don't know anything about their life stories. And I just wanted to get them out there."

When the assignment was completed, Kenney decided that she didn't want to stop there. She decided to stop treating this like a pipe-dream, and instead pursue it for real. Kenney was invited to Capitol Hill to testify in front of the House Subcommittee on National Parks, Forests, and Public Lands.

Her dream once envisioned as a 10-year-old, is now being considered by members of Congress.

RELATED: At 10, she dreamed of a DC monument for women in World War II. Now at 17, Congress is listening 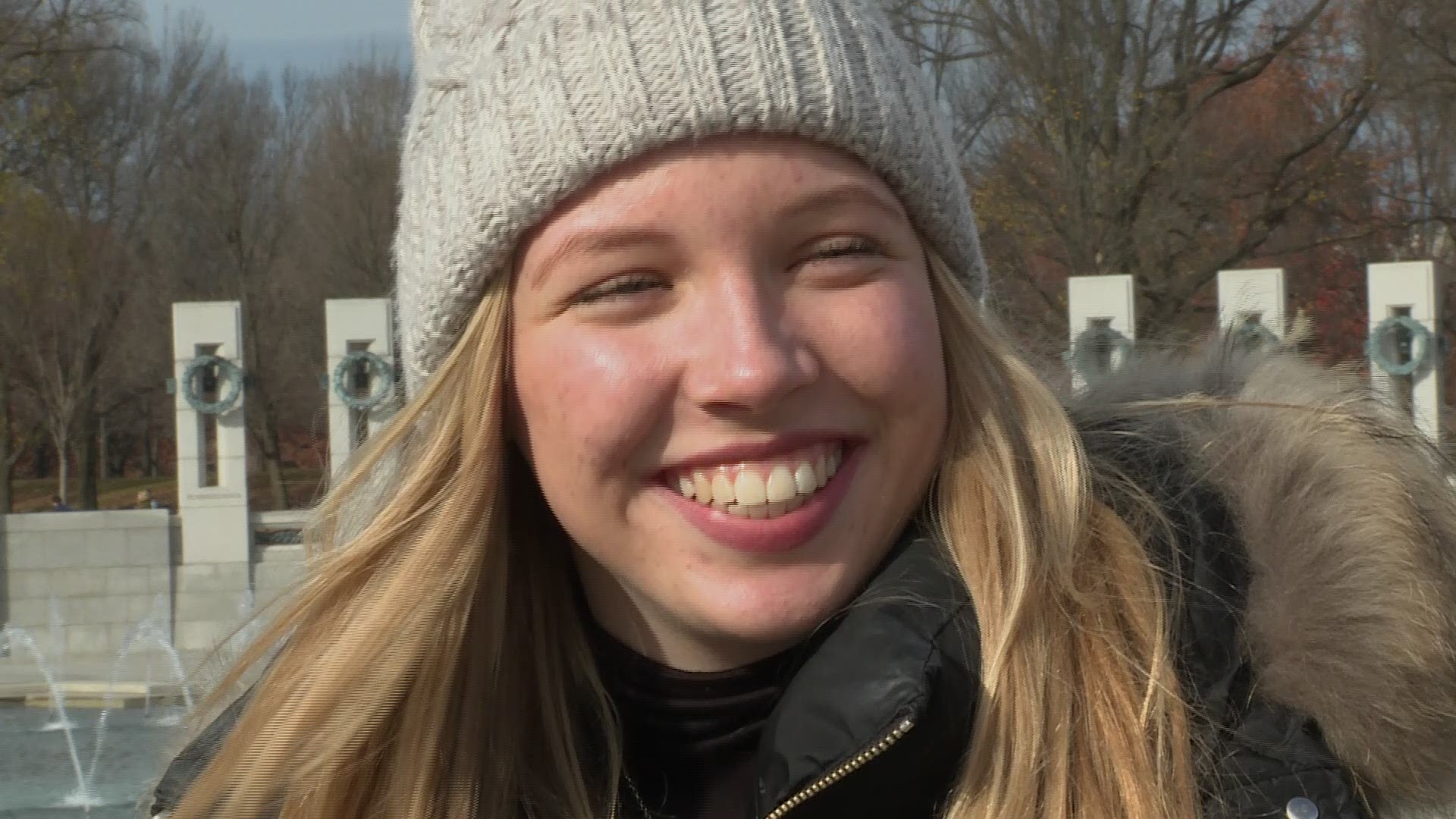 7. Loudoun County man reflects on a history of lynchings in Virginia

The history books do not include names like Charles Craven, Page Wallace, and Orion Anderson. But Phillip Thompson, the former NAACP president in Loudoun County, believes we should all know their names.

All three of them were African American men who were lynched between 1880 and 1902, in Loudoun County. After doing research on the issue, Thompson had an idea.

He wanted to set up a memorial at each of the three lynching sites, so as to never forget. Earlier this year, he received approval for the project from the county.

"America needs to have a reckoning," he said. "We have a hard time with race right now, and I think it's because we haven't recognized what happened in the past appropriately to be able to move forward into the future."

RELATED: 'The horror, the terror, had to be something profound,' Loudoun man reflects on a history of lynchings in Virginia

8. 'It offered me a place to be me' | Band is a safe haven for LGBTQ community

It had been decades since Larry Wile picked up his beloved sousaphone, the little-known "cousin" of the more widely-known tuba. Then came the 2013 Pride Parade in D.C., when he spotted one being played by a marching band down the road.

The band, which he soon found out was called "DC's Different Drummers," was actually a band for those who identify as LGBTQ, and their allies. It was a match made in heaven for Wile, who is gay himself.

On Apr. 12, 2019, the marching band performed at the Cherry Blossom Festival Parade for the first time.

The group is made up of three ensembles, including a Symphonic band, a jazz band, and a marching band. It was created in 1980 by seven musicians, who got together in an apartment in D.C. It's now grown to include hundreds of members.

RELATED: 'It offered me a place to be me' | Band is a safe haven for LGBTQ community

In Howard County, the police chief and fire chief have a lot in common. They're both confident leaders, with a focus on service. They both grew up in Maryland. And they both share a title: "The First."

The police chief for Howard County, Lisa Myers, and her counterpart in the fire department, Christine Uhlhorn, are the first female chiefs for the county.

Chief Myers is the first African American female police chief in Howard County, and Chief Uhlhorn is the first female fire chief in the county. Uhlhorn admitted it was tough breaking into the male-dominated industry. 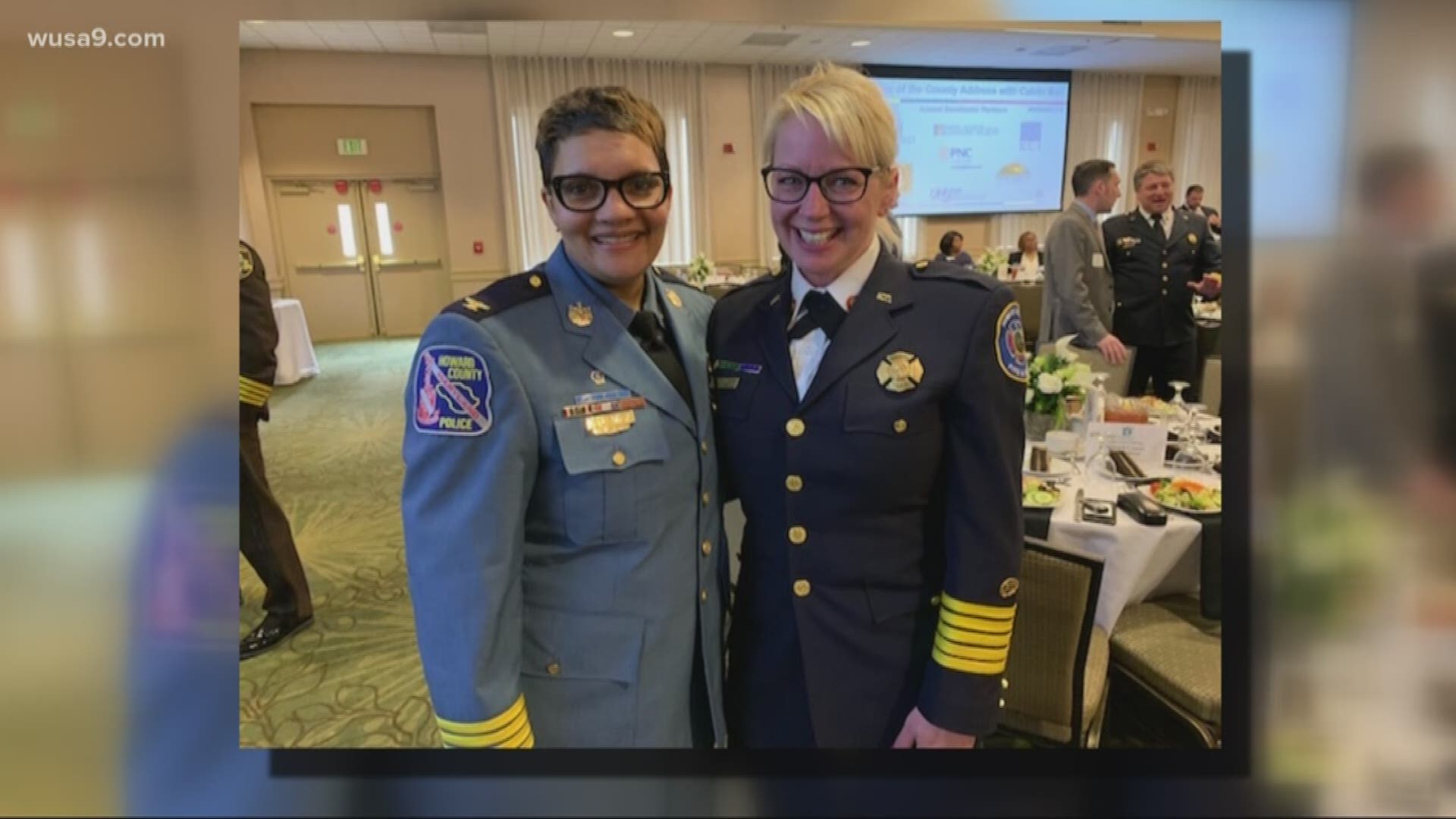 RELATED: These are the most-read sports stories from 2019