Some D.C. residents with disabilities tell WUSA9 dockless bikes and scooters already make it difficult for them to get around. 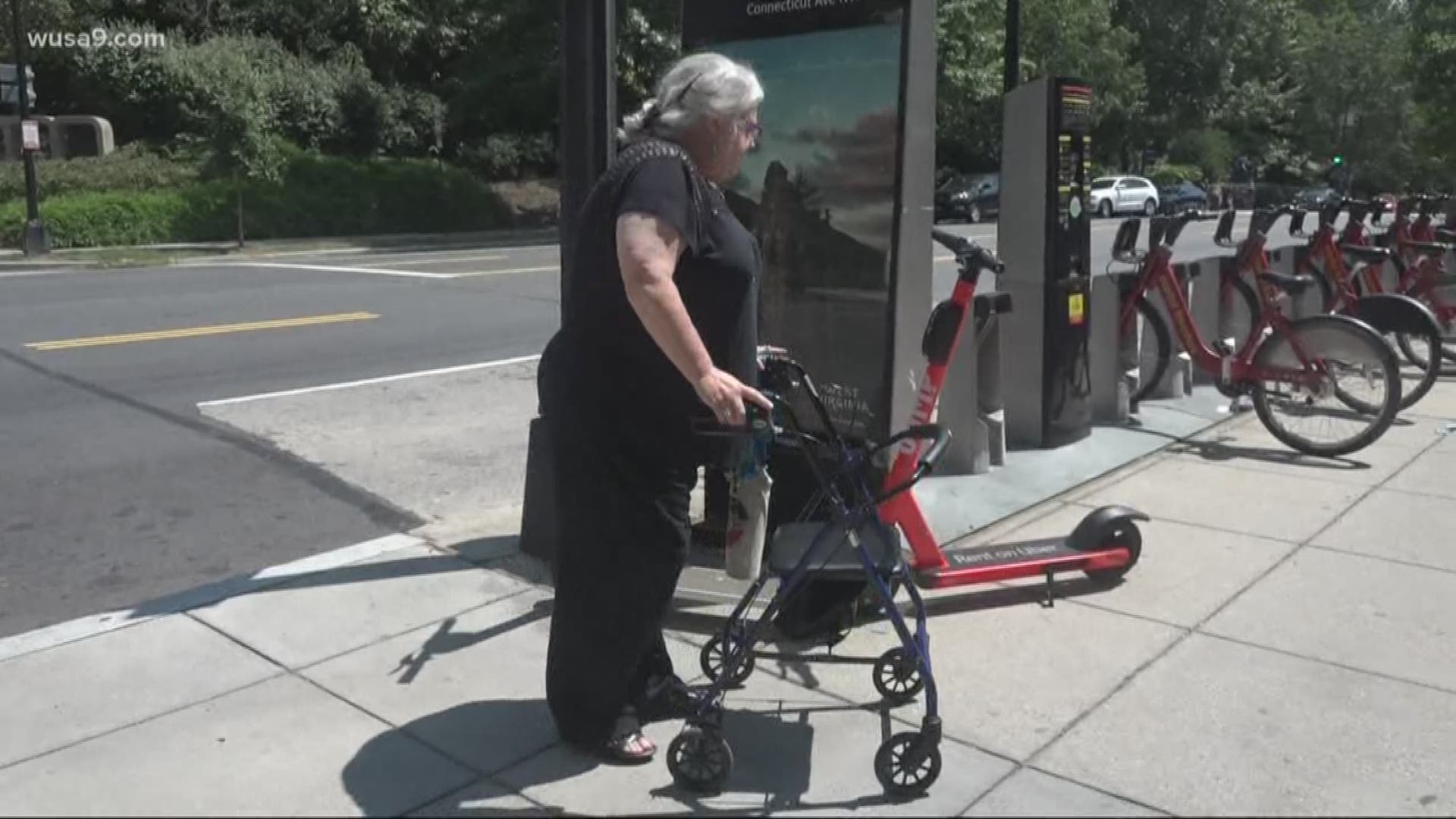 WASHINGTON — Debbie Alves has to use a walker, and she says dockless bikes and scooters have made it increasingly difficult for her to get around her neighborhood of Cleveland Park.

"It's very frustrating because for me it's not -- walking is extremely difficult because of the medical condition I have," she said.

"There have actually been some weekends and stuff and during the week when [sidewalks] will be entirely covered with scooters and you’ve got no way to get on and off a bus,' she added.

With the city announcing it will add electric mopeds to its roster of shareable vehicles, she's now worried mopeds will also be left on the sidewalks.

"When I heard the news this morning that they were gonna start putting mopeds out it was like -- 'Oh God. What else are they gonna do?' Because that just makes it that much worse," Alves said.

Many at the D.C. Center for Independent Living are expressing similar concerns.

"A lot of times the sidewalks are narrow and there's a scooter blocking me which means that I have to go all the way back to the beginning of the block, cross the street at the curb cut, and then come back down on the other side," said Deborah Barnes, who is in a wheelchair and has low vision.

Asked about mopeds, she told WUSA: "I had a nightmare about that. Mopeds-- it's just another barrier."

RELATED: Mopeds are coming to DC for four-month trial

"We have provided parking for dockless scooters and bikes, to include over 400 bike racks and in-street corrals at 20 locations across the District. We’ve added new requirements as necessary, including a “lock-to” requirement last fall, requiring dockless bikes to be tethered to a bike rack or other street furniture," said Department of Transportation Director Jeff Marootian.

"We also continue to work with vehicle operators on educating their about the importance of safely parking dockless vehicles in the furniture zone to safeguard pedestrians," added Marootian.

But some people with disabilities tell us they'd like to see the city come up with designated drop-off areas for bikes, scooters, and mopeds, and maybe fine those who carelessly dump their vehicles in the middle of the sidewalk.

"We’re always considered after the fact. After there's a lawsuit which we try to avoid or after someone gets hurt," said Barnes.

It's not yet clear when mopeds will be rolled out but Debbie hopes the city will figure something out before then.