Virginia Gov. Northam reaffirms he will not resign in first interview since racist photo surfaced 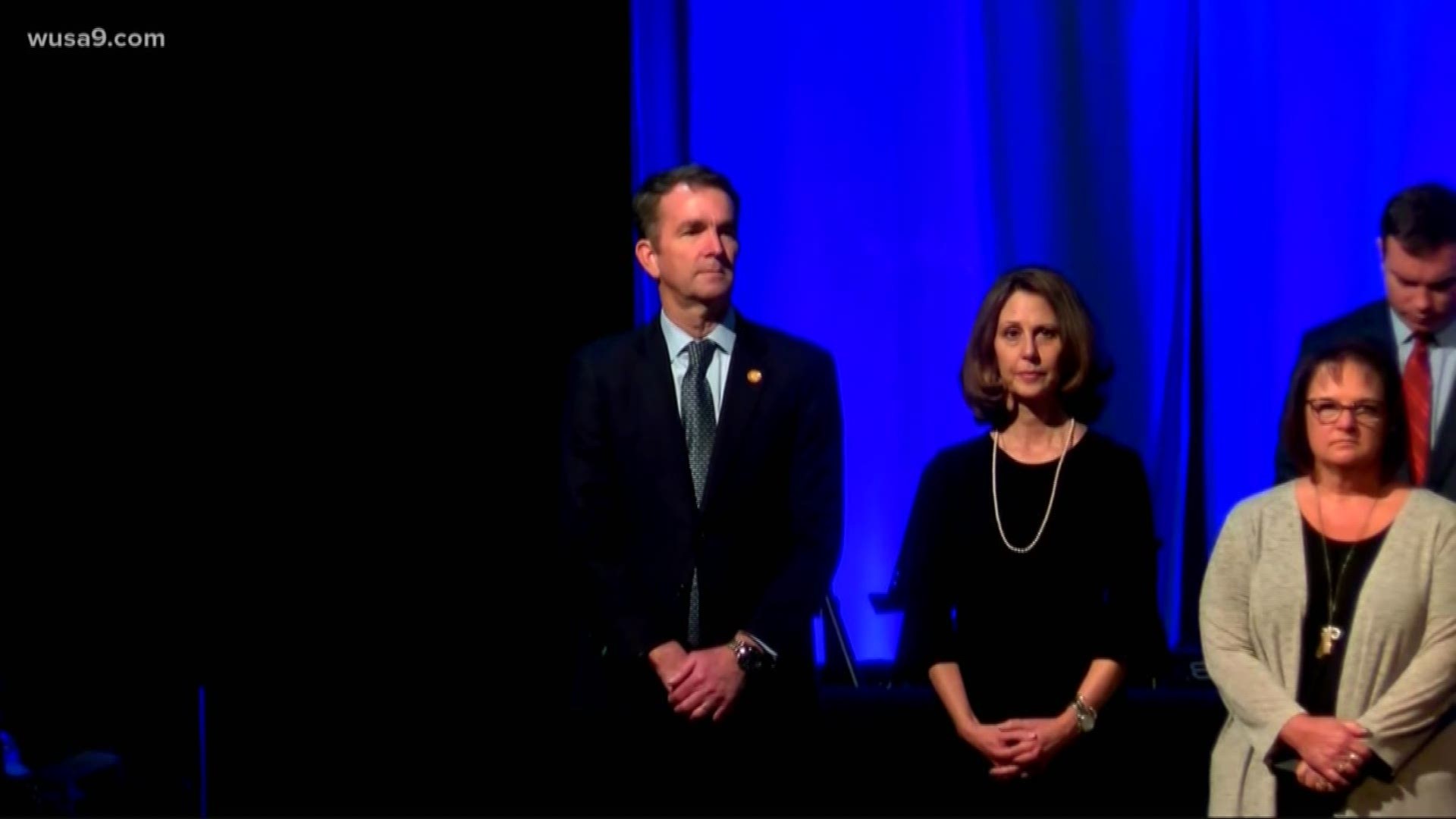 RICHMOND, Va. — “It’s been a horrific week for Virginia. A lot of individuals across Virginia have been hurt,” Governor Ralph Northam said to the Washington Post in his first interview since the racist photo from his medical school yearbook surfaced.

He reaffirmed to the Post that he was not in blackface or the KKK robes, even though he first assumed the blame.

RELATED: Gov. Ralph Northam retracts apology, denies being in racist yearbook photo, then admits to being in blackface

The governor said, “I overreacted. If I had it to do over, I would step back and take a breath.”

With politician after politician calling for his resignation, the governor stands firm that he does not plan to resign, saying the following:

“It’s obvious from what happened this week that we still have a lot of work to do. There are still some very deep wounds in Virginia, and especially in the area of equity…I want to make sure that all Virginians have equal opportunity…and I think that I’m the person that can do that for Virginia.”

While pursuing his own crash course on racial sensitivity, Northam said he plans to establish similar training in his Cabinet and is calling for policy ideas to work toward racial equity across the state, according to the Washington Post.

The governor said, “we’re ready to learn from our mistakes.”

Northam also said that he's hoping to work with colleges, universities, and grade schools across the state to establish sensitivity training there.