Two years ago, he was given 12 months to live. Now this Virginia dad will see his youngest graduate

Doctors gave Jerry Hynes 12 months to live. He blew that prediction and will now see his daughter graduate from high school. 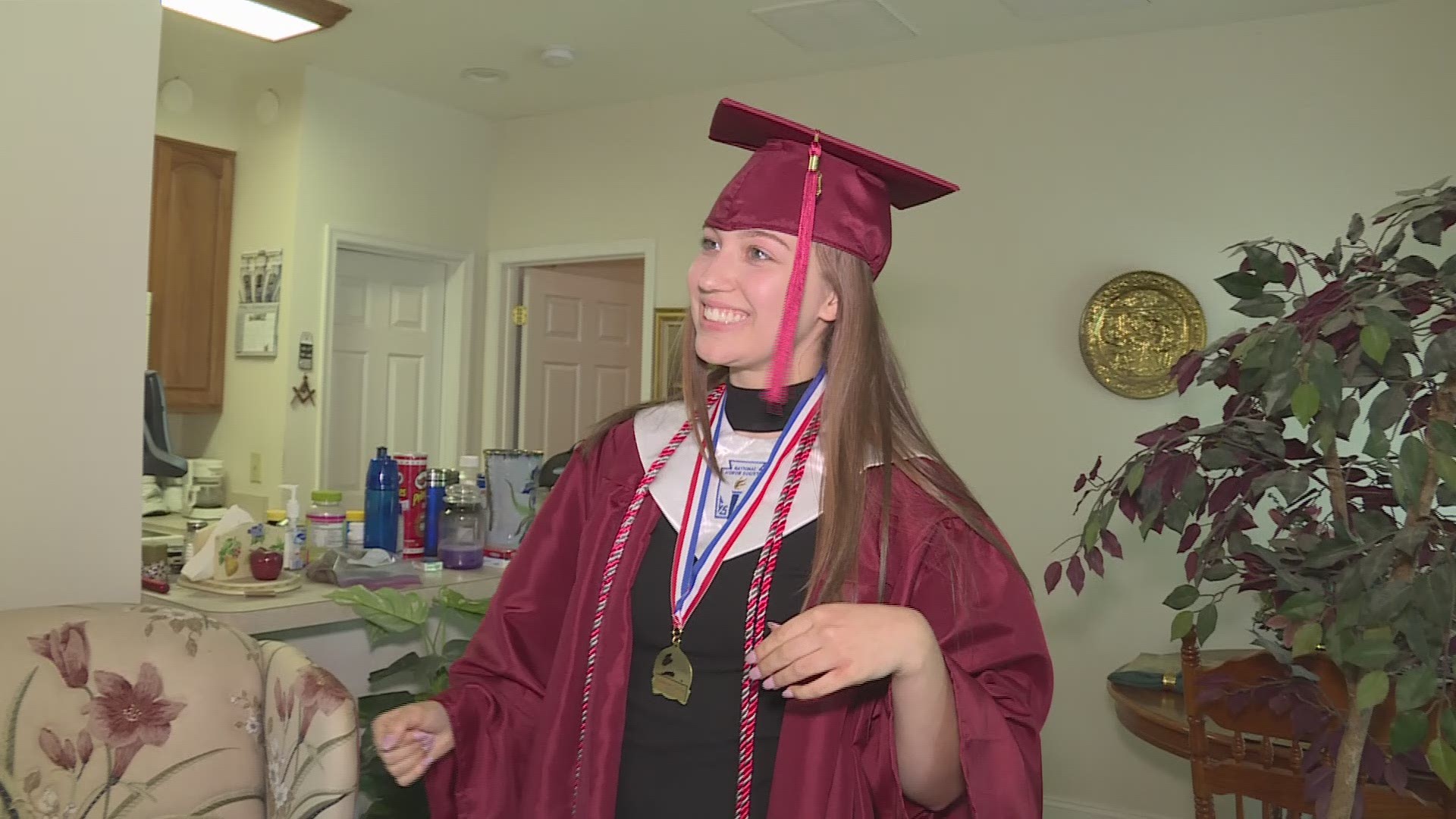 WINCHESTER, Va. — A retired U.S. Capitol Police officer and Vietnam veteran faced his toughest enemy in Virginia: stage four cancer. He was given only 12 months to live.

It's been two years now, and Jerry Hynes has blown up those doctors' predictions.

On Saturday, his youngest child, Stefanie Hynes,17, will put on her cap and gown, and graduate from John Handley High School in Winchester.

Two years ago, her dad was told he probably wouldn't be here.

"They told me eight to twelve months. Because my cancer was stage four," Hynes explained at his their home in Winchester.

In May of 2017, Hynes was diagnosed with stage four colon cancer which had spread to his liver.

"It knocks you over when you're told you've got cancer. And then when they tell you you have stage four, I'm ready to pack my bags and get ready to go to the here after..." Hynes said. "It was devastating for the whole family. I have five children, 12 grandchildren."

His five children come from two marriages. His youngest, Stefanie, he raised as a single dad, much older than her friends' fathers.

He's 73, having retired after working 32 years as a US Capitol police officer. He's also a combat wounded Vietnam veteran.

"Growing up it was always, 'Oh, your grandad is such a nice guy. ' No, it's my dad," Stefanie said. "He's such a great dad I'm so lucky. He showed up at everything I did."

Her dad had some praise for his youngest as well, albeit, through some tears.

"She has been there every step of the way," he said. Stefanie went with him to all kinds of doctor appointments and CT scans.

"Vietnam was a piece of cake compared to what I've had to go through.  And the whole time my family has been there," Hynes said, with his daughter touching his shoulder. "The most important thing is family."

That love and family support played a part in Hyne's well-being, he believes.

Hynes' cancer went in remission for nine months but reappeared in a few small spots. His doctors at the Schar Cancer Institute in Falls Church had him go through some more rounds of chemotherapy.

Just this week, his doctor called to tell him those spots were shrinking.

He is going to postpone his next round of chemo to take Stefanie on a cruise as a graduation present.