The March for Life rally is held each year on or around the anniversary of the passage of Roe V. Wade. That law is now 46 years old. 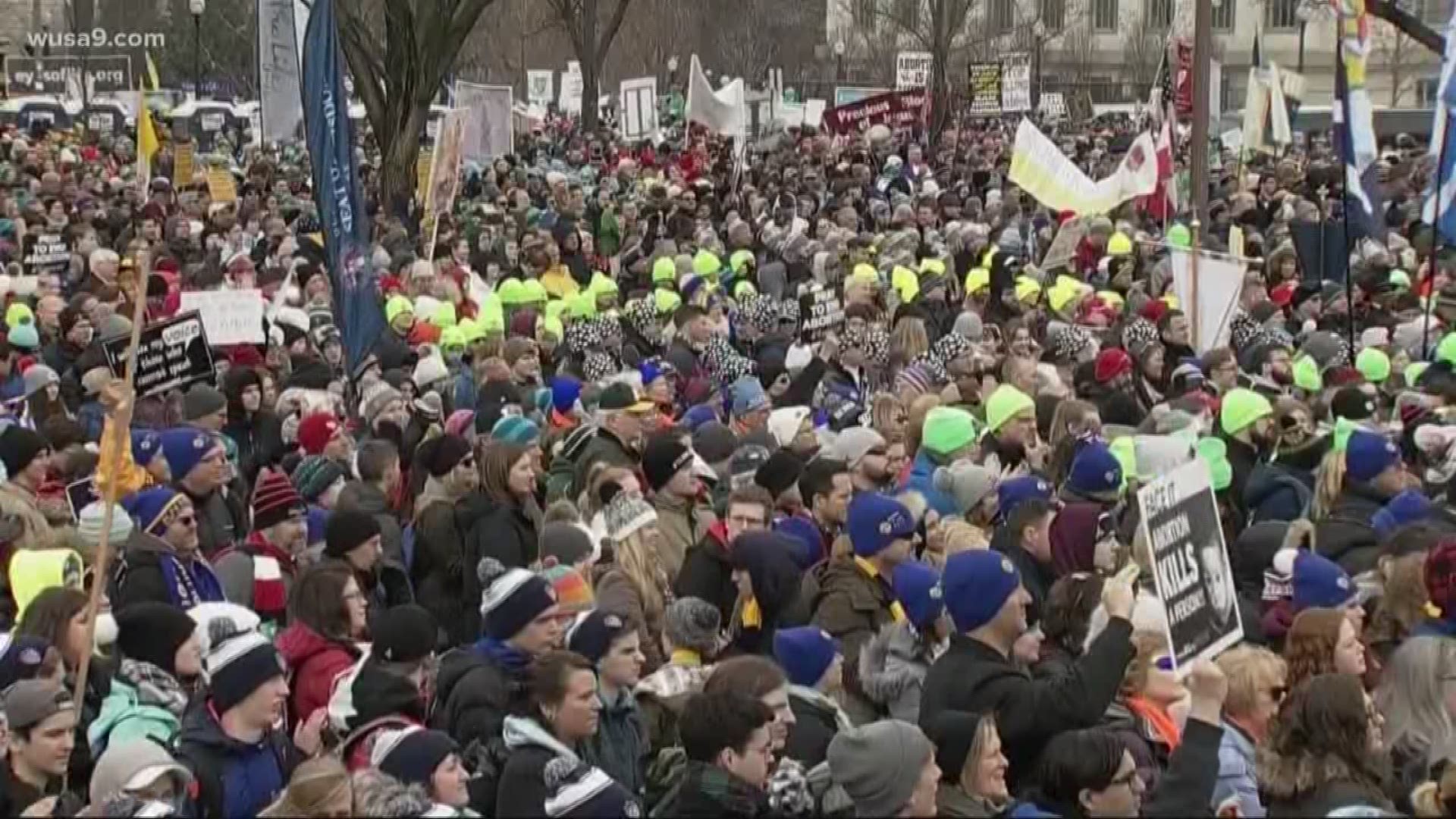 WASHINGTON, D.C., USA — Thousands of people took to the mall Friday for the 46th annual March For Life.

People came from across the country to be part of what many feel is an exciting moment in the anti-abortion movement.

Angela Kanazeh brought her daughter to the rally. “It should be something that’s just so clear and simple, which is to choose humanity, choose life, choose pro-woman, pro-people, pro-babies,” Kanazeh said.

Will Deatherage, a Catholic University Student, said he was excited to see the crowds of people.

“Life is something intrinsically valuable, and I think that’s something that everyone can get behind you know," Deatherage explained.

The March for Life rally is held each year on or around the anniversary of the passage of Roe V. Wade. That law is now 46 years old.

Some of Friday’s marchers, like Tom Gunterman , have been attending this rally for decades. “This is a very large crowd, and it’s very encouraging, and again with all the young people here, it only makes our future so much better,” Gunterman said.

Vice President Mike Pence made a surprise appearance at this year’s event.
He was loudly cheered for bringing up President Trump’s support of policies that restrict federal funding for abortion counseling and clinics, as well as for their choice of supreme court nominees.

Still, not everyone at today’s rally see the politics of the moment as being in alignment with dignity of life.

Father Jacek Orzechowski with the Franciscan Action Network said it was important for Christians to stay truer to the gospel than any political party line.

“I cannot fathom, how someone could speak about the dignity of human life, protecting life and at the same time, putting children in cages, separating the families," Orzechowski said.