The moratorium on evictions in Maryland lapsed in July. The state is doing in-person and virtual hearings for landlord-tenant disputes. 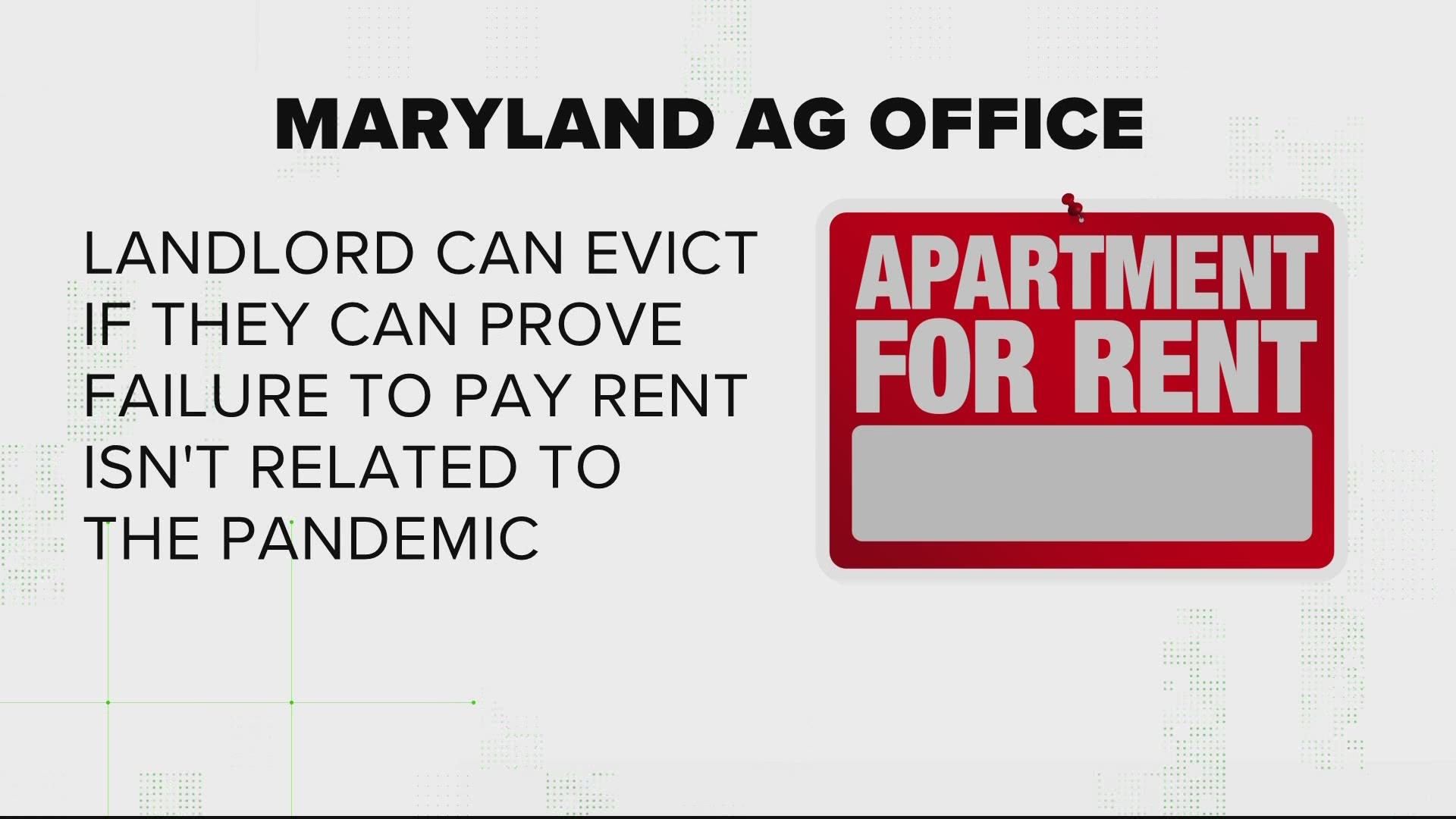 WASHINGTON — During this pandemic, there has been a lot of confusion about rent and what is going with evictions.

That is why the Verify team exists. We use vetted experts to get to the bottom of your questions.

On Twitter, we received a message from a Maryland landlord who wanted to know if courts in the state are holding virtual hearings for evictions.

Is the state of Maryland doing virtual hearings for landlord-tenant disputes?

Yes, we can verify the state of Maryland does have virtual hearings for landlord and tenant disputes. However, some courts are still doing in-person hearings, but that differs from county to county.

Maryland’s Office of the Attorney General.

So, we started with the claim that evictions are on hold.

According to Maryland’s Office of the Attorney General, this is not the case. A spokesperson told us the courts are open and are taking eviction cases.

The state moratorium on evictions ended in July.

RELATED: Thousands of Marylanders at risk of becoming homeless as moratorium on evictions comes to an end

The Office of the Attorney General reports that a landlord can file an eviction if they can prove the tenant’s failure to pay rent is not pandemic related.

By the same token, a tenant can fight an eviction notice, if they can show significant loss of income due to the pandemic.

The office says these hearings are being conducted both in-person and virtually.

The viewer did not ask about whether, or not, evictions and hearings are going on in DC. But we looked into it anyway.

A spokesperson for D.C.’s Office of the Attorney General said, no, evictions are not taking place. According to D.C.’s Attorney General, there is a moratorium for evictions during the public health emergency and for 60 days after it ends. The current emergency order is due to expire on October 9, 2020.

If D.C. landlords have an issue with a tenant’s rent payment, they can send a letter, but cannot evict. If tenants are threatened with eviction in D.C. they are advised to reach out to the Office of the Attorney General.