VERIFY: Yes, there are over 100 million birds migrating around the DC area this week. Here's why turning off your outdoor lights can help them

Look up! Here's why experts say millions of birds are taking flight over the DC metro area this week -- and when you can see them. 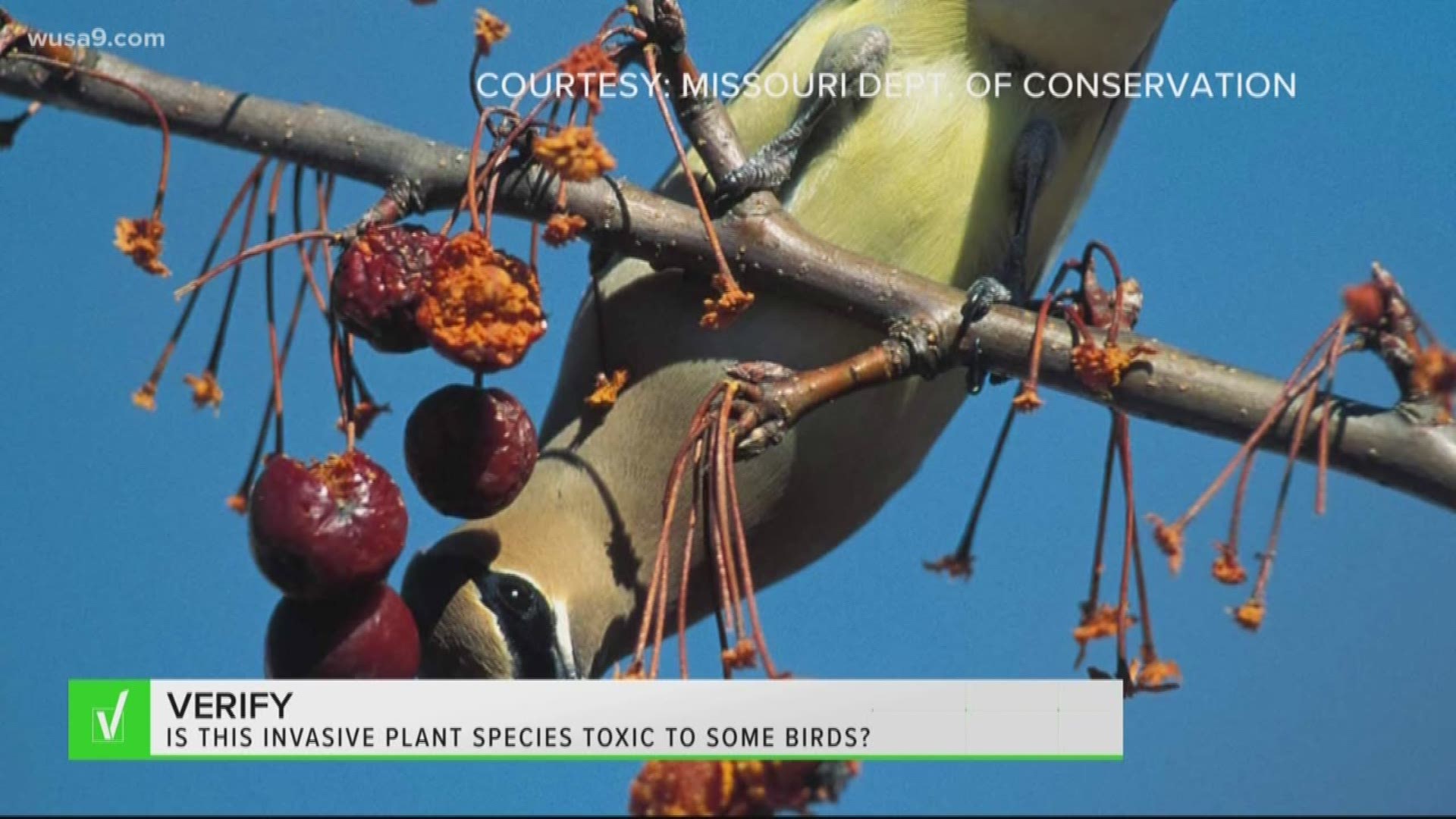 WASHINGTON — It's a bird, it's a plane! It's... well, lots and lots of birds. Millions actually! While 2020 has been quite the year already, one viewer sent our Verify team a post, wondering if about four million birds are really flying over Maryland and if turning off outside lights makes much of a difference.

The Verify team talked to some outdoor experts. It's not just Maryland that's expected to see the birds -- it's all over the US! And turning off your outdoor lights actually might help them. Here's what we found.

Will turning off your porch lights really help the millions of birds expected to fly across the country this week?

Credit: WUSA9
One viewer shared this post with the Verify team urging residents to turn the lights off.

ANSWER: Yes, turning off outdoor lights like those on porches can help birds better migrate at night. And yes, millions of birds are expected to fly all over the country, even here in the DC metro area.

We talked to two experts about if it's just four million birds expected in Maryland, or if it's even wider. The answer? A whole lot more than four million!

Here's a look at the expected amount in the DC region, according to experts:

Why do birds migrate?

Birds migrate in the spring and the fall, either south or north. Migration is connected to mating and reproduction patterns, with experts saying that some birds migrate to find more plentiful resources.

Well, 80% of them migrate at night, says Kyle Horton, an assistant professor studying wildlife conservation at Colorado State University.  He says many birds start flying around 45 minutes after sunset with peak migration flight about 2-3 hours later, with a lot flying between 300-600 meters above ground level.

Christopher Murray from the DC Audubon Society said that many of these birds are already vulnerable from a tumultuous hurricane season that throws them off their courses and in places where they might not easily find food or shelter.

"So what that means is we shouldn't do anything to make that job harder for them, and obviously, we can't control the weather," Murray said.

Credit: AeroEcolab
AeroEcolab allows users to see select their state on a map and see just how many birds are expected to migrate.

One of the things that we can control is our behavior, including turning off lights.

According to Murray, birds tend to migrate at night because it makes them less vulnerable to predators that they might have. Many navigate by the moon and by the stars, a natural light source they rely on. So outdoor lights left on porches and patios can cause complications.

"So when we as humans, complicate that by having you know, skyscrapers and homes and other things that throw light into the atmosphere, that confuses birds and can lead them to literally kill themselves by flying," he continued. "They fly to the light either because they think that's where they're supposed to be going or they become kind of literally disoriented and are confused and are flying in circles and you know, run into buildings."

Murray and Horton said that anybody that can have control over the light in their yards can be helpful by trying to minimize it during these times of the year that see such high migrations.

So we can Verify that yes, millions of birds are in fact coming to the area -- and across the country -- this week, and that limiting your light can help them.

Check out this interactive map that will pinpoint when you might see them based on your state, and what birds you might be able to see!

RELATED: VERIFY: Could the dead birds from China seized at Dulles carry Coronavirus? Breaking down this and other questions about the incident